Loyal client sent from pillar to post over car 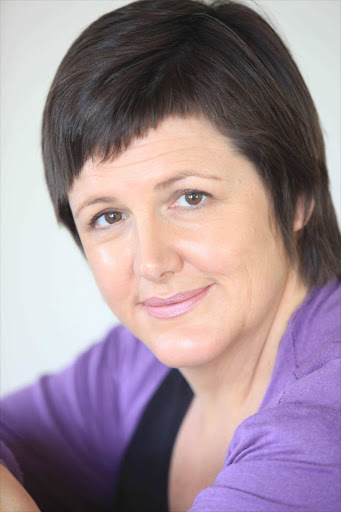 Shaun Govender loves VW Golfs; by age 36 he'd already owned five. So when the new Golf R was released, he didn't hesitate to make it his sixth.

But a day after he took delivery of the R433000 car in July, he was shocked to discover the metallic blue paintwork on the driver's door was several shades lighter than the rest of the car.

Like most people who have just invested close to half a million rand in a new imported car, Govender wasn't impressed. He immediately reported the defect to the dealership, Weiss Volkswagen in Durban.

The response? We'll have it resprayed for you.

Not good enough, said Govender, who was aware of Section 56 of the Consumer Protection Act which entitles a customer sold a defective product to choose between a refund, replacement or repair. The provision also allows for a consumer to claim against any entity in the supply chain - be it the manufacturer, importer, distributor or retailer.

When Govender objected to the respray, he was referred to a senior manager at VWSA handling the case. He confirmed the respray option and told Govender to go back to Weiss if he was unhappy.

So Govender did, invoked his consumer rights and asked Weiss to replace the car.

Weiss's answer? Don't threaten us with the law. Besides, they claimed, there were no replacement cars in stock so respraying remained the only option.

Govender refused yet again, after which a touch-screen MP3 player was thrown in to sweeten the deal. It didn't and a fed up Govender went back to Volkswagen SA.

In an official reply at the beginning of last month, VWSA said the company was "disappointed to hear of the defect" which was "certainly not the standard we have come to expect..."

But the e-mailed letter just repeated what Govender had already been told; that paintwork was included in the car's three- year/120000km warranty. No mention of an option to replace.

Was Govender being unreasonable? I don't think so. I recently bought a new car, for far less than Govender paid, and would have been mortified had the paintwork needed to be fixed before I'd put 3km on the clock.

Buying a new car is a big deal. It's a huge financial commitment, second only to buying a home.

And with cars in the class of the Golf R, it's not only its ability to get you from point A to B that counts.

Considering what we pay for such cars, and indeed the way they're marketed, everything from upholstery to cup holders needs to be in tip-top shape.

Weiss sales manager Aman Lutchman referred me to VWSA, saying the dealership was only a representative of VWSA and didn't hold the warranty on the car.

"If I could, I would have changed the car ... if I had had the power to do so ... I would definitely have done so. Unfortunately that decision is beyond me," Lutchman said.

So I asked VWSA to comment. It responded two weeks later, saying an "amicable outcome" had been reached and the matter was finalised. The "outcome" was a three-line e-mail from Weiss to Govender the previous day, asking him to return the car and collect a loan car until his new Golf R arrived.

Govender, who was given just a day to accept the offer, returned the car immediately. He now awaits a new set of wheels.

When I asked VWSA why Govender had to approach the media to enforce his rights, VW brand PR manager Andile Dlamini said the Sunday Times's involvement was "purely coincidental".

"At the time the customer contacted Sunday Times for help, the dealer had already escalated the issue to Volkswagen SA," he said.

Weiss concurred. "The decision to replace his vehicle was most certainly not taken because of (Sunday Times) involvement ... but because we value our commitment to our customer, and the problem can be sorted out quite quickly and the vehicle can then be sold again," said dealer principal, Ferdi Petzer.

In addition to suggesting I didn't understand "the letter of the law", Petzer accused Govender of delaying the process "significantly" by turning to me.

He also claimed that "insistence on the respray was the official stance from the factory", and that replacement cars were not "freely available" so the dealership had to wait for one.

I don't buy any of it. Nor does Govender, who was pushed back and forth between Weiss and VWSA for six weeks with neither one taking responsibility or finding resolution.

Said Govender: "If the dealer had taken responsibility from the start then a car would have been ordered ... and why did the dealer not communicate this instead of referring me to VWSA?

"If (Sunday Times) hadn't gotten involved, no one would have responded to my concerns. I had to call and mail VWSA and the dealer on a daily basis and no one could provide me with a solution.

"I eventually lost faith in giving them the opportunity to have this resolved."

The right thing to do when you are slow to honour a customer's rights is to apologise. Passing the buck and then blaming the customer instead isn't wise.

"I have been loyal to the VW brand for years and expected to be treated with more care and respect," said Govender. "This experience has created doubt in the brand and I will definitely look elsewhere in future."

I wouldn't bank on Govender's seventh car being a Golf.

AT Pick n Pay and SAA, whose new partnership allows customers who usually opt to pay for their ticket at the airport to instead now pay at a PnP or Boxer store. The in-store fee is R89 as opposed to R200 at the airport. And hopefully the supermarket queue will be shorter.

AT businesses which, when their pamphlet distributors fail to comply with "No Junk Mail" signs on post boxes, claim that not all staff understand English. Best they make a plan fast because homeowners won't be putting up signs in all 11 official languages any time soon.