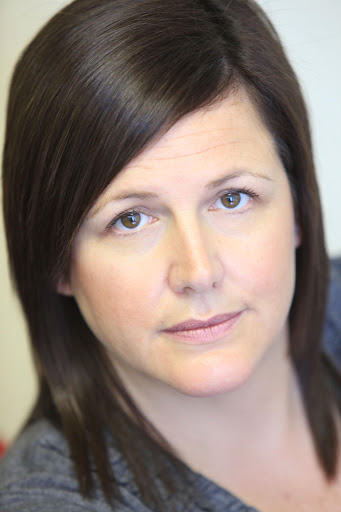 Like all journalists, I dislike censorship. In South Africa, the media face restrictions that threaten our right to report freely and without fear.

But with freedom comes responsibility, and sometimes one right needs to be curtailed to protect another.

Especially when there are people with dark agendas who abuse freedom of expression to spout vitriol and sow division. And those who justify juvenile humour and prejudice with claims of wit and satire. It's seldom funny or clever.

The tacky merchandise often spawned by this bunch can be found at flea markets, adults-only shops and novelty stores - thankfully out of the mainstream.

So how did clothing with offensive slogans end up on the shelves of two stores belonging to one of the country's largest retail groups this month?

Someone made the wrong call.

So wrong that men's T-shirts boasting, "I put the STD in STUD, all I need is U", "How to get laid ... borrow your dad's Porsche/flash a lot of cash/lie and tell her you love her" and "Single: Stay intoxicated nightly, get laid every day", have been on sale at Markham and Sportscene stores.

Following complaints by consumers, the three offending items were withdrawn on Tuesday.

But why did The Foschini Group take five days to make this move following an initial complaint last week by University of Cape Town academic Rebecca Hodes, supported by 10 other women?

In her objection, the deputy director of UCT's Aids and Society Research Unit said the "Single" T-shirt condoned multiple sexual partners - a principal driver of the HIV epidemic - and alcohol abuse. She called on the company to withdraw the shirt and commit to no further production of clothing with slogans condoning misogyny, bigotry and alcohol abuse.

In response, the company said it didn't think the T-shirt was demeaning to women and that either gender could wear it. It said it would remove the T-shirt from window displays, but not from shelves.

The academic's complaint was followed up by feminist writer and researcher Jennifer Thorpe, who posted pictures of three other offending T-shirts, including one saying, "You look better ... from behind", on her website, FeministsSA, and called for a boycott.

On Monday, group communications director Kathryn Sakalis defended the "You look better ... from behind" T-shirt as also being gender neutral, saying, "A woman could equally say that about a man."

She added: "What is interesting about the comments on the [Thorpe's] website is that many of them echo our sentiments ... they are seen as being tongue-in-cheek, and it is up to each individual whether they want to buy them or not."

No mention of the other two shirts, including the "STD" slogan. On querying this omission, Sakalis said the company had decided to withdraw the "STD", "How to get laid" and "Single" shirts.

"We are quick to react should we believe that the slogans have crossed the line. We believe this to be the case with the 'STD' one ... it should never have gone into our stores in the first place."

And the about-face on the "Single" shirt, the original complaint?

"The 'Single' tee is meant to be tongue-in-cheek, but through reviewing all our slogan tees, it was considered borderline by our CEO, Doug Murray, who then made the call to withdraw it too."

Murray had taken the issue "extremely seriously", requesting a "thorough audit" of slogan tees, with those "out of line" to be withdrawn immediately, she said.

So how did this clothing ever get approved? Sakalis said the group had a "process" whereby all merchandise was reviewed, and it was "very disappointing that some of these tees slipped through ... we are relooking at our processes to ensure that such a transgression doesn't recur."

I'd have thought the company's withdrawal of an offensive T-shirt last year would have taught it a lesson. So does Hodes, who describes Markham as a "repeat offender".

"Markham's initial response that the T-shirt could be worn by men and women was disingenuous. The T-shirt was displayed on a male mannequin and was clearly aimed at male customers.

"The fact that the company was initially unwilling to withdraw the tees speaks volumes about how seriously it takes complaints regarding the social messaging of its merchandise ... once further complaints were made, however, Markham changed its tune. This is a small victory, but an important one," said Hodes.

Thorpe said the company had failed to recognise how harmful objectification was for both men and women.

"We look forward to their analysis of slogan T-shirts and we would be pleased to be a part of that review panel," she said. I think the company should jump at her offer.

Said Sakalis: "What is offensive to one person and not to another? It's a matter of opinion ... it's hard to say where that line is."

I am confident a growing band of vocal consumers, like Hodes et al., will be happy to tell her.

AT the new Wimpy at Kensington Square, Durban North for generously discounting our breakfast, without prompting, after a hectic opening day led to service and quality glitches. It's not the mistakes, but how they're fixed, that matter.