It's the environment, stupid 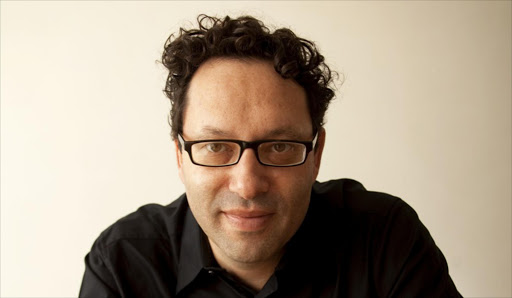 A story about the Kyoto Protocol being introduced was the first article I ever ran in my new job as a science and technology editor.

It was 1997, and technically I was still a Sapa reporter covering the Truth and Reconciliation Commission hearings into Winnie Madikizela-Mandela's notorious Mandela United Football Club.

But I had resigned and in a few weeks was rejoining the Mail & Guardian to edit up this newfangled section that would cover the burgeoning tech sector. It was becoming known by the acronym we all now use: ICT (for information and communications technology). But it was significant enough for the paper to start a dedicated section. Not to mention the potential advertising.

I was torn between the Kyoto story and a more tech-orientated one about the so-called Wintel alliance, on how Windows and Intel controlled the PC business.

But Kyoto was more important in the global scheme of things and was about to be ratified. I was reminded of it last week talking about the COP17 climate conference in Durban, and what agreements might emerge by the time it closes on Friday.

The world was different 14 years ago. China, now the world's biggest emitter of carbon dioxide, was still classifiably a developing country. South Africa, now the 13th-largest emitter, was in the Rainbow Nation bubble of post-apartheid emergence. Global warming was a spectre, a somewhat unheard of calamity not widely known outside environmental circles. It was before the pictures of melting icecaps, disappearing glaciers, starving polar bears and other poignant signifiers of the state of humanity's effect on our planet.

It was before El Nino and its strange cousin El Nina. Before the rash of extreme weather events of the past few years. It was before An Inconvenient Truth won an Oscar and Al Gore received a Nobel Peace Prize for his work on what I think of as (necessary) eco-scaremongering.

Even though we all know it, how many people leave lights turned on, chargers plugged in at the wall or geysers set unnecessarily high? Little savings across the board can make an accumulated difference. But it isn't until Eskom has a blackout that the real consequences seem obvious to us.

Almost any rational person knows that adding 7-billion people to a planet, letting them interfere with nature's finely balanced methodology (by throwing concrete and tar over vast tracts of land; creating megacities; building resorts where there used to be flood-dispersing wetlands; and depleting the ozone layer, and so on) will have consequences.

The planet has a beautiful rhythm to it that the human race has interfered with, at a terrible cost. It's fruitless to argue about whether carbon dioxide is a bad thing or whether Google searches use more electricity than boiling kettles.

Rattling off a list of adverse weather (including the worst droughts and fires in Russia's recorded history, and floods in Australia the size of France and Germany), Gore told the Discovery Invest conference in September: "The extreme events are not only becoming more extreme, they are become more common."

And he quite rightly says the so-called green economy has great potential: "Some people say green jobs are a myth. They are not a myth. In the USA we have more jobs in windmills than the whole coal industry."