Here's to all SA's heroes 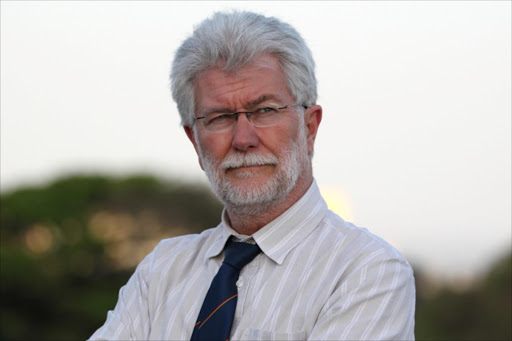 Everyone who reads this column, whether online or on paper wrapped around a portion of chips, will make use of some public and some private service today.

The fortunate among us may have padded through to a kitchen after getting up to fill and turn on a kettle. Perhaps we turned on a radio to hear the morning news or music to clear our head.

Others may have visited a communal tap. They may take a taxi along some sort of road, make a cellphone call or stop at a spaza shop to collect a loaf of bread.

Our focus in this long year has correctly been on the slow erosion of the commitment to the constitution crafted after liberation.

We have also paid attention to the crumbling of the infrastructure we inherited from white rule and to the failures of the governments since 1994 to nurture and expand it.

The collapsed  sewerage system in the Eastern Cape town of Fort Beaufort, where raw effluent is now spilling into a village river, and the frustration of holidaymakers arriving in Morgan Bay, outside East London, to find the dam full but the taps dry, are small symptoms of the failure to maintain what we have.

The fact that so many people have noticed so little change in their lives since the end of apartheid, that so few new roads have been built, that government-funded houses so often crack or even fall and that the quality of healthcare and education are so poor is an indictment of our public service and our private sector.

But I will raise a glass this Christmas Sunday to those who are the bulwark between the rising tide of chaos and the collapse that will occur if they do not continue to hold back the flood of negligent incompetence.

Among the rude, abusive and merely uncaring service providers we have all encountered this year, I am sure each of us has been helped at least once by someone who cared either about us, or about doing his or her job well.

I can offer the example of a woman at the Barrack Street Home Affairs office in Cape Town who raced about, dodging colleagues, trying to find out how slowly they could move without falling over, as she tried to clear the long queue at her desk.

Zoom out from the frontline experience and look at the network that holds it all together.

If you fly into any South African city, ponder the spread of houses, factories and office blocks and try to imagine what has to happen to ensure that the speeding electrons that power all those lights travel from a furnace somewhere near Witbank to do their job.

Imagine all those toilets being flushed and the process of getting that water out of the suburb, over the hills and under the bridges to the processing works - all just because you pressed a button.

Like the stocking of the local supermarket's shelves and the disposal of the garbage we generate, we take these things for granted. And so we should. That is how modern cities and societies are supposed to work.

But Luanda in the wake of the Angolan civil war, Lusaka when dear old Kenneth Kaunda thought waving a white handkerchief and singing at rallies would substitute for urban management and Nairobi today, show how quickly and totally a city can collapse.

We are more fortunate. While our leaders search for the plot they lost, gathering up as they go fistsful of the cash intended to have helped others' lives become just a little better, there are a host of people who go to work most days and do the jobs that are essential to keep the structure of South Africa up and running.

If they stopped, the lights would slowly go out, the taps would dry up and eventually nothing would happen when you pressed the button on top of your toilet.

There are nurses who resent the patients they are employed to help, councillors who expect to spend most of their time at home and police officers reluctant to leave the station and rescue someone from a rapist or killer.

But in those circles as well as the workshops and plants civilians never visit, there are people who know there will never be a windfall of easy money, a politically motivated promotion to management or a share option to pay off the home loan, but who arrive on time, do their jobs and go home to their families - or just a lonely room - knowing they have done their share.

Their presence does not excuse the leaders who fail us every day. Nor can those who should be leading take any credit for the fact that these stalwarts do their best , often against formidable odds, to stave off collapse.

To these South African heroes, I say: Cheers. I wish you a very, very happy Christmas.