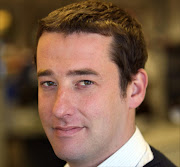 Sunday Mba's winning goal on Sunday gave the Nations Cup final a dash of class. It was a feat of control and speed, and the defining moment of the Super Eagles' campaign.

And but for an extremely late tackle by the Red Hot Chilli Peppers on Ahmed Musa, the Nigerians would have deservedly won the contest by a more comfortable margin.

Yet again - for the fifth tournament in a row - the decisive goal in the final has been struck by an Africa-based player. Mba still works in Nigeria, for Warri Wolves; and both he and Sunshine Stars defender Godfrey Oboabona have vindicated the bold faith shown in them by coach Stephen Keshi.

But where next for Mba? Will he go to Europe - or will he join the growing cohort of African talent that is choosing the quick (and big) financial rewards of the Gulf and China?

In the 2002 Africa Nations Cup, more than 54% of the contestants played club football in the leagues of Western Europe and Turkey, the traditional foreign markets for African players.

At this Nations Cup, that percentage had fallen to 46%. (Last year, the figure was even lower: 33%. That was an unusual edition due to the shock qualification of several mainly home-based or Africa-based squads, such as Sudan, Botswana, Libya and Niger.)

A drift away from Western Europe to the east is afoot - and will continue as the world's centre of financial gravity shifts eastward. Since 2002, the Nations Cup contingent based in Asia and Eastern Europe has increased fivefold, from 2% to 10%.

Didier Drogba bucked the trend by heading back west in January, joining Galatasaray. But the crazy money on offer in China will continue to convince African legends over 30 - and younger talents too.

Drogba was banking $350000 a week, or $18-million a year, at Shanghai Shenhua. Yakubu Aiyegbeni is on $150000 a week at Guangzhou R&F. Seydou Keita earns $100000 a week at Dalian Aerbin, and Freddie Kanoute commands a similar salary at Beijing Goan.

Despite its wealth, Chinese football has serious problems; deep corruption, iffy standards and a shortage of spontaneity and expression.

And it can't be good news for Africa that the Nations Cup contingent who work in the big five leagues - the English Premier League, La Liga, Serie A, the Bundesliga and Ligue 1 - has plummeted over the last five years.

There are other factors behind this trend, apart from the eastern boom. A decade ago, the Bundesliga compelled its clubs to invest heavily in youth, and as a result foreign talent has been squeezed out a little, and the African cohort has fallen to seven from 15 in the last five years. The blossoming of the Spanish development system has had a similar effect, limiting the opportunities in La Liga for foreign players.

But there is no doubt that the yuan and the dinar are luring African talent away from the centre of quality football. In time, the Asian game might rise to a comparable level. But until then, African footballers might have to pay a price - one payable on the World Cup stage - for looking east.