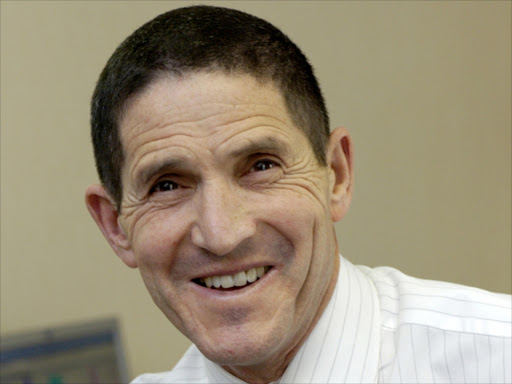 I'm in New York en route on my annual pilgrimage to Omaha, Nebraska, to attend the Berkshire Hathaway Annual Shareholders' Meeting this Saturday. One benefit of travelling to the northern hemisphere at this time of the year is that you get to enjoy spring.

Spring in Central Park is truly special. I make a point of heading for the Conservatory Garden i n the northeast corner of the park.

The design is reminiscent of gardens one would find in a French or Italian villa, complete with ponds, sculptures, lilac trees and beds of tulips, daffodils and snowdrops.

It's a peaceful shelter from the frenetic bustle of hundreds of runners and cyclists, which offers you sacred minutes in picturesque surrounds to take in nature and dismiss thoughts of Nkandla, load- shedding, secrecy bills, austerity, the falling gold price and heaps of other troubles that occupy our minds at present.

The Berkshire Hathaway meeting, while a lot more crowded, is no less a tonic for one's soul. Warren Buffett, 82, and his lifelong business partner, Charlie Munger, 90, somehow manage to unearth nuggets where others find salt. Buffett and Munger's unrestrained optimism, folksy humour and refreshing stand on issues such as tax, philanthropy and plutocracy always make the trek to Omaha a revitalising encounter.

For some time now, I have been encouraging clients to diversify their portfolios and invest abroad. The choices there are wider, valuations lower, dividend yields higher and prospects a lot more appealing than those offered on the JSE at present.

Once more, I hope to return from the weekend with a few more investment ideas to investigate.

I am especially bullish on the US economy, believing the infrastructure spend required to exploit natural gas and oil deposits, the benefits of cheap oil for reviving manufacturing and the demand for housing, vehicle sales, retailing and financial services of the millennials - Generation Y, 18-to 37-year-olds - all promise to help lift the country's GDP well above current growth levels.

Regrettably, in comparison, opportunities on the JSE at the moment appear scarce. The plunge in commodity prices has dragged down our mining sector.

Also, slackening demand from our major trading partners has weakened manufacturing, lower consumption is hurting retail and banking stocks, and the drain of social grants on the Treasury is limiting the country's development.

I can't remember when we last celebrated a major new listing. Without dual-listed giants such as SABMiller, British American Tobacco, Richemont and BHP Billiton, as well as other foreign expansion-minded corporations such as Naspers, Bidvest, MTN and Aspen, the JSE's survival would be questionable.

Those companies alone probably account for 70% of the market's capitalisation.

For someone like me, who has spent his entire business life on the JSE and is steeped in its tradition and customs, the demise of the gold sector, and the challenges facing the nation's platinum miners, is truly distressing.

But in the world of money management there is little room for emotion, or sentimentality. During the past week, I made a decision that, a generation ago, would have been unimaginable: I began selling my clients out of Anglo American.

Anglo American has been, and possibly still is, the bedrock of most local portfolios since the company listed back in 1917. The group's extensive interests, which covered a wide range of industries - from mining to steel - made it synonymous with the South African economy and a "must-have" for any investor wanting to prosper from the country's attractive growth prospects. But since shifting its home base to London in 1999, to tap international finance markets for its global ambitions, the once dominant diversified miner has fallen badly behind the performances of peers such as BHP Billiton and Rio Tinto.

At present levels, the share is trading at a deep discount to its fair value - roughly the present value of future earnings - and the market is holding on to hopes that newly appointed CEO Mark Cutifani will unlock this value. But the company's fundamentals are deteriorating and future earnings are likely to continue downwards.

There are other exciting prospects around the world to choose from, and I haven't the patience to hang on any longer. I have decided to abandon my holdings. Now that I've plucked up the courage, Pick n Pay could be next.