Are you schooled or are you educated? 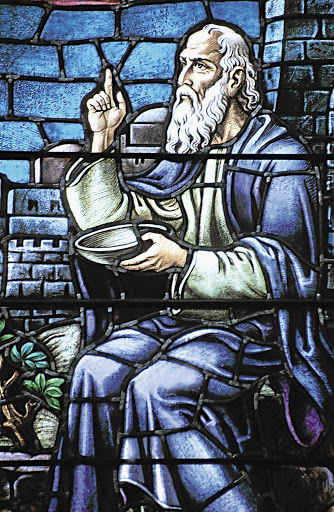 Those of you who have had schooling followed the rules of the school, attended your classes, did your homework, wrote the tests, passed, and received a certificate of some kind. When you fell out of line, and came late or missed an assignment deadline, you were punished for this bad behaviour.

You were, in a sense, institutionalised. But you can be schooled and still be a barbarian. You can frame and hang your certificates against a wall and still be uneducated. You can attend many years of formal schooling and still be reckless. I see this all the time.

School, in this sense, is therefore not primary school or high school; it is all forms of institutionalisation, including college and university, in which you are schooled to behave.

These mechanical routines that lock students in classrooms and compress information into their heads in limited periods have morphed into an industry where past exam papers are rehearsed, class notes are memorised and test questions "scoped" to ensure as many of those in attendance has possible achieve some passing grade.

You can, in some places, even have someone paid to do tasks for you - provided you are not caught. In this context, the statement "I went to school" is as meaningless as saying "I went to prison". It reveals nothing about the quality and meaning of that experience.

I know many of you are not educated by the things you laugh at. If I mentioned something about gay identity, some of you, I know from experience, would snigger.

If a student puts up a clownish performance using attacking words that are meant to signal radicalism - like "neo-liberal" and "counter-revolutionary" - you egg him on, laughing at the act whether or not the energetic performer knows what these words mean.

That reflects schooling, and poor schooling at that, but certainly not education. An educated man or woman is someone who learns, first of all, to doubt. At 56, I can honestly say I am more convinced than ever that I know very little and have so much to learn. Yet when I listen to 19-year-olds lecture large audiences on the precise causes of the global economic crisis or the root causes of youth unemployment, I am staggered at the sheer audacity of these youthful claims.

Such youthful volatility is often pure demagoguery parading as intellect and for which acting, in so many public spaces, there is a willing audience to cheer on the now familiar song-and-dance parade that has come to characterise South African behaviour.

An educated person, as opposed to one merely schooled, is guided by values such as humility. It is this deep understanding that you are not better than the person you despise or curse, and that very often you are subject to the same weaknesses (such as prejudice) as the one who offends you. When education teaches and nurtures a humble spirit it prepares the ground for reconciliation; it creates, further, a foundation for leadership that acknowledges mutual vulnerability and therefore prepares leaders who are capable of solving complex human problems.

To be educated is to have the courage to act on principle and not on the basis of ethnic or political or religious partisanship.

Yes, friends will be lost, tenders forfeited and sometimes even family bonds severed. Yet an educated person rises above the passions of the moment to pursue a broader solidarity than what our primordial attachments to skin or belief or party or self-interest often allow. The educated, in other words, favour the mind over muscle, reason over (negative) emotion, and community over self-indulgence.

What this means is that simply insisting that our children access and stay in school is not very helpful. In fact, the dangerous institutionalisation, the unforgiving rules and unpredictable timetables might in fact do more damage than if the children simply stayed at home. For that matter, schools might not be the best places in which to obtain an education.

Unless, of course, we made schools places of discipline and love, learning and aspiration, hard work and hope. Then it should not only matter how many children obtained distinctions in school subjects; what would matter more is how many young people obtain distinctions in life through the capacity for care, courage, commitment and contrition.