Behind all the lovely scenery, a doughty duel 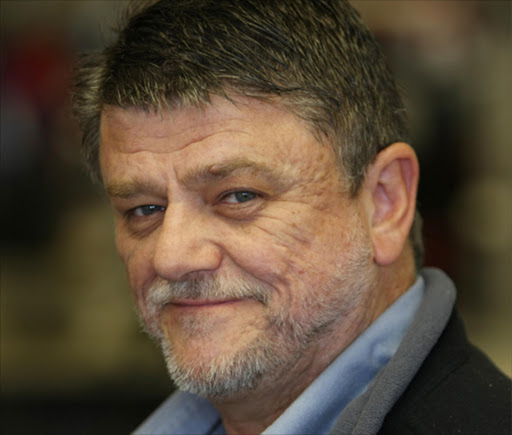 Summerhill Stud farm in the Midlands is one of the most beautiful places in the world.

That's not just an old Natal boy speaking. No less than Tom Magnier, the scion of the Coolmore breeding dynasty of Ireland and latterly the world, spoke in awe about Summerhill's special allure during his first visit there last week.

Of course, I agree wholeheartedly with Tom, for the Summerhill paddocks have the quality of a Paul Cézanne painting and the stable blocks a hint of Thomas Gainsborough. The great Drakensberg backcloth calls to mind the singing prose of Alan Paton, a son of this land.

But behind the beguiling arcadia lies a steely business operation worthy of any competitive city marketplace.

Mick Goss, a spinner of words and bloodlines, is the brains behind it. He's been here three decades and has taken the place from nowhere to the top - as champion breeder for eight consecutive years. He's done it by far-sighted sustainable farming, aggressive marketing and clever partnerships - particularly in the standing of stallions.

Mick often speaks of the inevitable day when Summerhill's reign will end. That day might be at hand. As we head into the final two weekends of the racing season, the rural calm of Mooi River has a rivulet of anxiety running through it as a faraway place with another pretty face challenges.

Klawervlei Stud, on the banks of the Breede near Bonnievale, is just R200000 behind Summerhill in the prize money table that determines the breeder championship. Both studs have amassed more than R15-million, so you can see how close it is.

I haven't been to Klawervlei, but the pix suggest scenic allure and, frankly, how ugly can a Western Cape farm be?

The championship will be decided next Saturday at Greyville. With the Gold Cup worth R1.25-million, the Champions Cup at R750000 and two juvenile feature races at R600000 apiece - it's an intriguing denouement.

Klawervlei got its big boost when it was bought by South Africa's leading horse owner Markus Jooste, and the astute boss of the Steinhoff group deserves reward for his massive investment in the game. With rising sires like Captain Al and Jay Peg among its stallion band, the stud will land the championship at some stage.

But will it be this year?

If Summerhill must doff the cap, it'll be interesting to see how it bounces back. Its stallion ranks have been refreshed by several imported prospects, not least among them the brilliant Coolmore racehorse Await The Dawn, who will be part-owned by the farm's workers.

Also going to the wire at Greyville is the trainer championship. Globe-trotting Mike de Kock is only R250000 ahead of Sean Tarry, rising star and winner of the last two Durban Julys.

Piere Strydom has easily clinched the jockey title, his current 207 winning rides being more than 50 clear of second-placed Anton Marcus.

Disclosure: I was a guest at Summerhill's annual winter school last week.