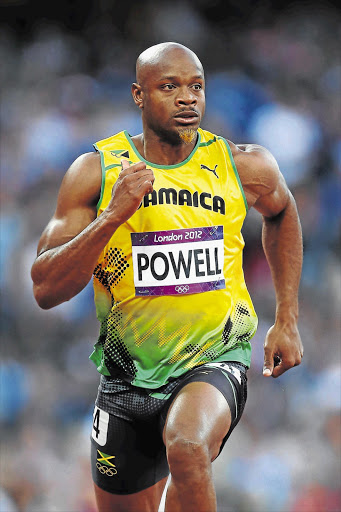 The world of sprinting was plunged into crisis last week when two of its biggest names, Tyson Gay and Asafa Powell, failed doping controls.

Within hours the net had expanded to include a host of Jamaican sprinters, including two Olympic relay gold-medallists in Nesta Carter and Sherone Simpson.

The biggest name, Usain Bolt, was not implicated, but his dominance in an event in which about 50% of the world's top-ranked athletes have failed doping tests since 1999 invites the same harsh spotlight of scepticism that cyclists in the Tour de France have faced for years.

Powell and Gay were quick to issue statements in response to their positive tests. While assuming different levels of responsibility (Powell was shocked and surprised, Gay remorseful), both hinted that trusted parties had let them down and that their positive tests were the result of inadvertent or accidental doping rather than a desire to cheat.

That invites discussion about the credibility of doping control and the concept of strict liability.

Strict liability is fundamental to anti-doping. It states that athletes are 100% liable for any substance in their bodies, and so doping either due to ignorance or inadvertent use is sanctioned in the same way that injecting hormones or infusing blood is.

That might seem harsh, but consider if such strict liability did not exist - every doping offence would be blamed on "accidental ingestion", and few offences would ever be punishable.

The system would bend and eventually break under the ease of excuses and unprovable explanations about supplements or creams or remedies that athletes used innocently.

This is the reason that athletes must prove exceptional circumstances if they attempt to argue "it was an accident" in their defence.

We experienced such exceptional circumstances in SA, when Bjorn Basson and Chilliboy Ralepele failed a dope test after a Springbok Test in 2010.

They argued that the banned substance methylhexaneamine was a contaminant in a supplement they took with the assurance of the manufacturer that it would be clean and legal.

They were rightly exonerated because they had shown that every reasonable action had been taken to prevent inadvertent doping.

On other occasions, reduced sentences of three- or six-month bans, rather than the typical two years, have been handed down.

The supplement industry is fraught with risk for athletes, and Powell's defence has blamed supplements and a new trainer who prescribed them.

Central to the problem is the lack of regulation of the industry, which means that manufacture and labelling often fail to meet necessary standards.

Studies have found significant mismatches between what is indicated on the label and what is in the bottle.

This goes both ways - sometimes the supplement does not contain what it claims to, and on other occasions, like with the rugby players, you get more than you bargained for.

The latter situation can occur because of "contamination" in the factory, with banned substances finding their way into supposedly clean products. An audit has even found traces of glass and human faeces in supplements.

Unless a specific batch of a specific supplement is tested and cleared (this is done for athletes by some sporting federations), an athlete takes an enormous risk when using them.

Few supplements or their ingredients have been proven to work, and so the upside is also relatively small.

The downside, on the other hand, can be disastrous for the athlete, and so education and prudence are essential for any athlete considering supplement use.

Effective anti-doping is threatened by the increasing blame of failed tests on inadvertent doping. It might, on occasion, be a valid explanation. Or it may be a convenient scapegoat.

The complexity of discerning truth from deceit, against the backdrop of a sport's deteriorating credibility, means it may be time to refine the list of banned substances. That is not to say that doping should be legalised, but the list could be simplified to exclude likely contaminants that have not been shown to improve performance anyway.

It might serve to grow confidence, rather than strip away the trust of athletes and authorities.