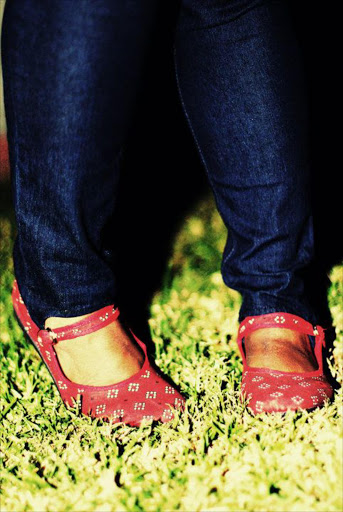 It was my sixth birthday the day Nelson Mandela was released from prison.

I woke up, excited that I was going to be the centre of attention that day. It was my day. But I went into the lounge and everyone, my parents, some family and some of their local branch ANC comrades all huddled around the television and when I said good morning, all my mother said was  "Mandela is free".

I looked at the TV and was enraged by the fact that my own mother didn't even acknowledge my birthday.

And then I saw it. His eyes. The wrinkles on his face. This was not the man I had seen on posters and t-shirts bearing the slogan 'Free Mandela'. This was an old man. Something was not right.

He had been in prison longer than I had been alive. I was six years old. He'd just been released from 27 years in prison.

My dad said to me that it's because of his sacrifice that I can live a life free of oppression.

I was six years old, and I didn't fully understand. But now I regret being so upset about one birthday when he gave so much of his life dedicated to making South Africa a better place for everyone.

It made me think that we can do so much more as a nation instead of being caught up in our own little bubble.

My bubble burst that day. The day my family sang 'Nkosi Sikelele' instead of 'Happy Birthday'. I realised soon afterwards that there is so much more going on that what I see and experience.

Growing up in an activist household taught me to fight for what is right, regardless of what it costs you. But experiencing that moment - seeing Mandela walk free on a day so special to me - was the game-changer.

What made that moment even more impactful was meeting him in 1994. I shook his hand, and he asked my name. I told him and he said 'Nikita. A name after a great leader."

It made me want to change the world right then and there. His soothing voice. His calm disposition. I was in awe of his humility and she shook my tiny hand with both of his as if we'd known each other for years.

It made me realise that however huge my problems may seem, they are minuscule compared to the person who put his country before himself.

Mandela has taught me many things. So much of my social consciousness comes from his words.

But the most important thing he taught me is forgiveness, kindness and selflessness, which all go hand-in-hand.

Be forgiving. Forgive those who have wronged you. Mandela forgave those very same men who took his freedom for so many years.

Be kind. You cannot get anywhere by hating. Mandela was kind to every single person.

Be selfless. It may not gain you everything you want, but putting yourself before everyone means it will be lonely at the top. Mandela was so selfless, and he is so loved.

With his recent illness, it kind of prepared us for his death and as much as I am heart sore, if don't mourn. I'm devastated, but I'm not broken. Because Mandela taught us that the human spirit can never be broken, and we should honour his memory by being a country he can be proud of as the father of our nation.

Tata, we miss you. But we have not lost you. You live inside every single person that keeps your spirit alive.

Your work here is done.