Masquerading as politicians and ministers, they strain forward, hands grasping for treasures 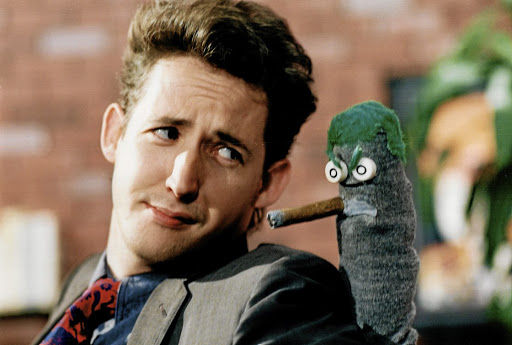 I don't know how our political journalists do this.

Day after day they report to this committee room or that media centre and listen to the well-dressed guy behind the table, calling him "Minister" as if he's an actual minister and not just a Gupta sock puppet; writing down his words as if they're important and not just a script written in Dubai and spell-checked in the London offices of Bell Pottinger; writing careful and intelligent analyses of how this sock puppet's imaginary policy will affect the imaginary policies of his fellow sock puppets, and, ultimately, the career prospects of our imaginary president, a low-level employee of Middle Eastern monopoly capital.

I understand why they have to do it. Journalists report on what is presented to them. We don't have any actual ministers (public officials working in the best interests of the citizens of the country) so it's the sock puppets who come to the press conferences, which means those are the ones you report on. Also, you can't have the nation's newspapers all leading with stories called things like "Moral Bankrupt Who's Never Had A Real Job Dutifully Enacts New Get-Rich Scheme Of His Foreign Paymasters".

Still, I've reached a curious moment. I just can't pretend any more. The official titles have been sounding increasingly ropey but now they've tipped over into sheer ludicrousness, as if a group of catalogue models is wandering around our public buildings, all doing Blue Steel pouts for the camera as they introduce themselves as "Deputy President" or "Minister" or "Honourable Member of Parliament".

The absurdity is funny, but it also exposes the danger of our current moment.

The people who control all the money and the guns are coming unhinged in a way I don't think we've ever seen in this country. The Nationalists, clinging to their white supremacist ideology, their terror of Communism and their Calvinist religion, were predictable right to the end. The sock puppets, by contrast, abandoned their ideology years ago and are rushing towards something much more frightening: the final split away from their most basic identities as people. Which means they could do almost anything.

You can see it in every belligerent, aimless press conference: they don't know what they're doing but, more important, they no longer know why they're doing it. They've gone too far for too long on too little, and now, stripped of the higher moral ground and all the props of history handed to them in 1994, they stand naked before us, exposed as small, venal creatures caught in a dreadful struggle between trying to save themselves and lingering long enough to gorge on just a little more public money.

This is the lunatic dance we're watching: they cringe away from responsibility and principle and the vastly damning verdict of posterity; and yet they still strain forward, hands grasping, groping towards the heap of treasure they hope will fill the weeping hole where their conscience and purpose once lived.

If this were simply the decline of a political party hollowed out by corruption and slowly collapsing under the weight of its own bad decisions, I might be less alarmed. But this is not the collapse of a party. It is the unravelling of a cult. And when cult leaders feel the End Times rushing towards them, things can get incredibly ugly.

It is more important than ever to focus on the absurdity of our situation. We must resist our powerful, primitive instincts that try to convince us that all of this nonsense is a reflection of some sort of reality; that State Capture is just a part of politics rather than the moment we all step back and stop participating in this parody of a state.

I respect our political journalists for the work they do as our early-warning system, but printed words and broadcast images give our imaginary politicians a veneer of legitimacy. We must chip away at that veneer every day, seeing these so-called politicians for what they are: hopelessly cornered nobodies, minor lackeys clutching their household gods as they rush between crumbling temples in a falling Rome. We must read the news not as fact but as a psychological profile of a group of desperate hustlers.

If we can keep the absurdity in clear view, then perhaps, come 2019, we can see them off and send them back to where they belong: failing, corrupt businesses; badly lit seminar rooms at increasingly irrelevant colleges; and, in some cases, prison.

For now, though, try to remember: there is no president. There are no ministers. There is no national government. There is no plan. There are only small, limited people, twitched this way and that by their compulsions, cracking under the demands of their appetites. There is only this interregnum of pure absurdity. And then there is 2019 and a chance to escape this lunacy once and for all.