The Big Read: What planet is Zuma on? 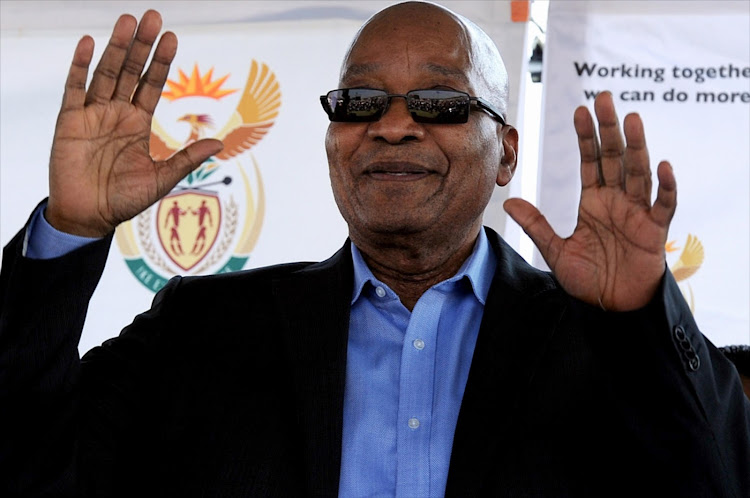 For students of US politics, there are at least three reasons to remember the late senator from Arizona, Barry Goldwater.

First, as the Republican presidential nominee back in 1964 he posted one of the most catastrophic losses in modern US politics. Incumbent President Lyndon Johnson demolished him by the extraordinary margin of 22.58% of the popular vote and Goldwater only managed to win six states, five of them in the segregationist deep South.

Second, within just 16 years of that loss, in 1980 a far smoother and more avuncular Republican candidate than the rough-hewn, straight-shooting Goldwater, in the form of Ronald Reagan, would also sweep the presidency by a landslide. And he, essentially, ran on the same libertarian, anti-communist platform as Goldwater.

The third aspect of the Goldwater campaign that relates to the swamp of SA politics right now was in the psychological realm. It commenced with his campaign slogan: "In your heart you know he's right." The Democrats countered: "In your guts you know he's nuts."

His opponents' cruel cut related to Goldwater's erratic performance in the campaign, which included a proposal to detonate a nuclear bomb over North Vietnam and a ringing defence of "extremism". This led many eminent authorities to question the mental health of the Republican standard-bearer.

In fact, 1000 psychiatrists penned a letter to a magazine, declaring Goldwater to be "psychologically unfit" to be president.

In a recent article, Jane Meyer in The New Yorker noted that Goldwater went on to win a defamation action from the publication, and the American Psychiatric Association imposed the so-called "Goldwater rule". This forbade its members from commenting in public on the "psyches of living public figures whom they have not personally examined".

But, as Meyer notes with a waspish sting, the presidency of Donald Trump is "testing the limits" of this rule. In breach of it, a leading US psychiatrist declared: "It's my view that Trump has a narcissistic personality disorder . he is deluded and compulsive and he has no conscience."

Happily, there is no "Goldwater rule" in South Africa. But if there were, you would be forced to conclude that our own president suffers from delusions on a grand scale.

Jacob Zuma's performance in parliament last Thursday seemed to provide further incontrovertible proof. Asked by opposition leader Mmusi Maimane about his ability to lead the country, he declared: "I am fit and I am doing it very well."

"Very well"? Let's just recap some snapshot facts and not fake news: the country is in a recession (Zuma's second in eight years), unemployment has spiked at its highest rate ever (27.7%) and business confidence is at a nine- year low. Social grants have increased by a whopping 328% in 15 years while real jobs have grown by less than one-tenth of that (24%). Every credit rating agency has downgraded our debt and we are just one notch from the credit junkyard. You have to wonder in which universe Zuma lives and which planet he orbits to conclude he is doing "very well".

And that's just on the economic front. Zuma presided over the loss of Johannesburg, Pretoria and Port Elizabeth in last year's election and his party's hitherto stalwart ally Cosatu is about to impose a national shutdown to protest his continuance in office.

But, to be fair to Zuma and his declaration of high competence, he did precede his remarks with a chuckle and then later in the same question session, he mystifyingly contradicted himself. He said: "I never said I am a good leader, I was elected by the people." The same "people'' who now rank him here, according to polls, as more unpopular than Trump is in the US and the world.

But when delusions fail our Number One, there is always victimology to fall back on. The Oxford Dictionary describes this state as "a mental attitude which tends to indulge and perpetuate the feelings of being a victim". In the same question session in parliament, the country's most powerful citizen, the man at the centre of the state and its capture, decided that victimology was transferable to his favoured son.

"You can't just single out one person just because he is the son of the president. It's not fair, it is not correct."

Actually when that son, Duduzane, is in league with the Guptas, and has accumulated millions from his proximity to power and features prominently in the spewed e-mails and amid claims that Zuma precisely said in private what he denied in parliament, then there is every right to raise the alarm.

But then again, Zuma's response to state capture is to appoint a commission. Readers will recall how long the Marikana Commission took to complete its work (three years); or the commission of inquiry into Fees Must Fall (more than one-and-a- half years and still waiting); or the Arms Deal commission (reported but no result or culpability for wrongdoing).

Not just kicking into the long grass, but more likely a forest, which will sprout long before results, if any, emerge. By then Zuma will be out of office. And if his former wife is elected to the presidency, by all accounts, he will be out of harm's way as well.

But Zuma is not the only occupant of high office who seems at one remove from reality. Just last week the KwaZulu-Natal government decided to retain the health MEC who has presided over the abuse of the human rights (if not the lives) of cancer patients at provincial hospitals (no oncologists and no working equipment).

Cynically or terrifyingly, can you imagine which is worse: to be a mental health patient in Gauteng or a cancer sufferer in KZN?

Then, at the weekend, Deputy President Cyril Ramaphosa offered us a stunning insight: he told the Sunday Times: "We can't watch as the country sinks."

The ripostes on social media were swift and brutal. As journalist Songezo Zibi tweeted: "But you've been watching for years already." In the echo chamber of denial and shrugging off of responsibility - which characterises the presidency these days - it is all of a piece. And Ramaphosa has been in the presidential wheelhouse since 2009. Come to think of it, he was also first elected ANC secretary-general in 1991, 26 years ago.

More than 20 years ago, Inkatha Freedom Party president Mangosuthu Buthelezi coined a smart decoding for the initials ANC. He said it meant "Absolutely No Consequences". In that respect at least, he was way ahead of his time.

Perhaps not just in psychiatric terms, but electorally as well, Goldwater's fate awaits the current abusers of local power.