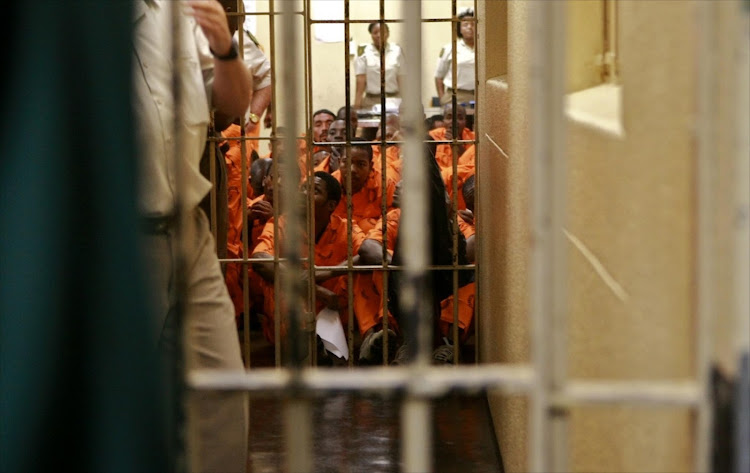 Sun city prison warders on operation vula raiding the cells in search of any form of weapons, drugs, cell phones and electrical items that are not allowed in prison. File photo
Image: Tebogo Letsie

It is quite an astounding statement to make, but that was probably his intention. His fellow inmates even applauded when he said it.

"The apartheid system was better. The white people were doing it better. You are failing us," said Ishmael Moshoeshoe, who has already served 17 years for murder.

Besides the general complaints he raised, he also spoke about overcrowding, saying in one case there were 68 prisoners sharing a single cell and two toilets.

Last weekend Pretoria's prison erupted in a protest over the treatment of parolees.

A prisoner at Kgosi Mampuru II prison told The Times inmates were "gatvol" of being "treated like animals".

Here's the crux of it: "Yes, we have done wrong, and we have been punished, but the prison authorities and parole boards continue to punish us by not releasing us on parole when we should be."

Prison authorities should hear him out. It should be a no-brainer to release deserving detainees on parole.

The issue of overcrowding of prisons has even made a turn in the courts. The Western Cape High Court in December ordered that the number of detainees at Pollsmoor prison be reduced to 150% of the current approved accommodation within six months.

Two weeks ago prisoners handed over a memorandum to the justice minister complaining about parole and overcrowding.

The Sun City prisoners threatened that riots would spread to other prisons.

Our jails are a ticking time bomb and authorities need to act now, before their threats materialise.

The Department of Correctional Services say they have had no reports on any prison riots despite threats by ‘lifers’ to bring the prison system to a ...
News
4 years ago

The correctional services department is facing increased demands from inmates serving life in prison to be released.
News
4 years ago

A prisoner in a Johannesburg correctional services facility did not mince his words yesterday as he told parliament officials how prison inmates had ...
News
4 years ago