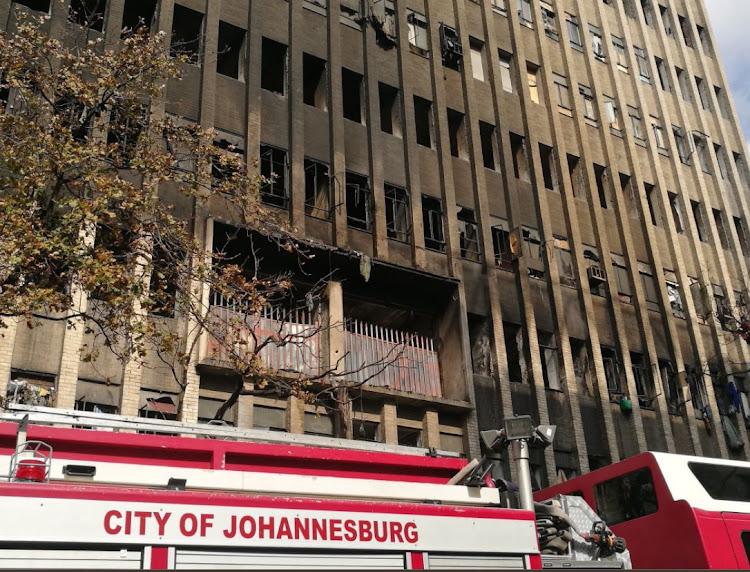 The Cape York building after the fire.
Image: City of Joburg EMS‏ via Twitter

'It's a crime house." These were the words used to describe the notorious Cape York building in downtown Johannesburg that caught fire yesterday morning, leaving at least seven people dead.

A woman living in a neighbouring building was complaining about the burning building's tenants, saying they were "generally not responsible people".

"They steal from us. It's a crime house."

She is right - it is a crime house. But not in the way she intended it to mean.

There are said to be dozens of dilapidated buildings in Johannesburg's inner city that have been occupied by desperate people seeking a roof over their heads. In 2015, according to a Mail & Guardian report, the City of Johannesburg said it was aware of 19 hijacked properties in the 2014-2015 financial year.

For MaButhelezi, the clothes, blankets and food she lost in a blaze that consumed the dilapidated Johannesburg building she called home are the least ...
News
4 years ago

Their residents pay rent to an enforcer who collects the money illegally. They do not have access to the most basic of services.

Just last week, the city of Johannesburg raided two buildings where the living conditions were described as deplorable.

According to a report on iAfrica, residents were paying rent for beds, not units, ranging from R250 to R1200 a person.

The city said it would find alternative accommodation for the former occupants of the raided buildings. It planned to redesign them into low-cost housing apartments.

With the living conditions that bad, one can only imagine the fire hazard buildings like this pose.

It is a complicated problem to solve. Joburg's mayor, Herman Mashaba, is on the record as saying he is trying to find a solution.

But until then, the reality is that hundreds of poor South Africans are left with no choice but to live in these death traps.

And that is the crime.