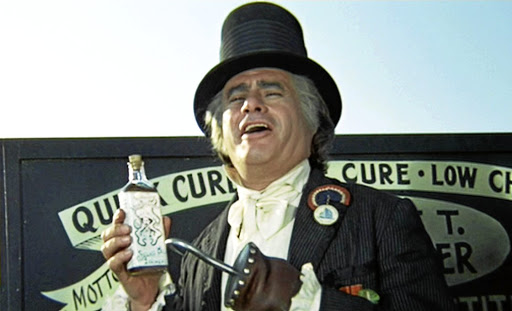 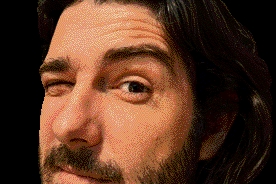 Steve Hofmeyr once called me a dom drol.

I was delighted and not just because it was a glowing character reference. No, what really tickled me was Hofmeyr's revelation that turds have an intellectual tradition.

After all, the existence of a dom drol implies the existence of a slim drol; a brilliant, original drol; a drol that can expand your mind and not just your colon. To this day I picture Steve, crouched over his loo, arguing race and history with a floater, accusing it of being a dom drol until it unleashes some glittering sophistry, stalking back and forth across the bowl like Aristotle pacing an amphitheatre, until Steve is forced to concede that it is, in fact, a slim drol.

I mention this only to make two points, namely, that I get called names quite often and that slim drolle are real.

Recently, people have taken to calling me "cynical", as if they're using an exaggerated and slightly cruel slur that will get an emotional response.

I don't react because they're right. About our country and its politics, I am utterly cynical. But even that's not good enough, because my cynicism (I believe that South Africa is a used-up and abandoned mine, owned by rent-seekers who would burn it to the ground if they could collect the insurance) is simply not expansive enough to cover the volume of the shit that is swirling around our little canoe right now; the one we're sitting in without a paddle.

Which brings me back to slim drolle and their bastard offspring, cunning turds, or as you and I know them, Bell Pottinger.

Wait, where are you going? What? You've already read three columns about Bell Pottinger today and you've still got four bookmarked from yesterday, plus the five from last week?

We've got BellPotty over the British propaganda firm, and recently it seems that every pundit in the country has turned their focus onto what is, to be honest, a fairly minor footnote in the history of South African corruption and state collapse.

So why has the response, at least in the media and online, been so explosive?

One possible answer is that white people got scared. A government campaign explicitly linking the idea of whiteness to the idea of vast, ill-gotten riches is extremely alarming to white people who don't have the capital - monopolistic or otherwise - to protect themselves should public sentiment turn against them.

Another answer is patriotism, or at least a sort of sophisticated xenophobia.

As the philosopher Eddie Izzard pointed out, we only really get riled up about abuse when it crosses borders. Many South Africans, some of whom are in parliament, still admire Joseph Stalin, but which public figures, other than Mcebo Dlamini, are fans of Adolf Hitler?

The difference, of course, is that Stalin killed his own people whereas Hitler made the rookie mistake of killing the neighbours.

I suspect something similar is at work in our reaction to Bell Pottinger.

We disapprove, of course. It's distasteful and should be stopped by someone at some point. But we're not shocked because, you know, that's just advertising. That's just commerce.

But try to disparage us from London instead of from Johannesburg, or stash our money in tax havens in Dubai rather than tax havens in Mauritius, well, may God have mercy on your soul.

Yes, we know you're a PR firm so you're really just an ad agency that lies to the wealthier classes; and yes, this is ultimately just commerce. But YOU ARE ALSO SATAN AND SHOULD APPEAR BEFORE THE INTERNATIONAL CRIMINAL COURT.

Perhaps, however, the most basic cause of our visceral response to Bell Pottinger is frustration.

Despite gigabytes worth of sleaze, the Guptas and their manservant, Jacob, are still not in court. We know why.

In South Africa, the foxes have always guarded the henhouse, but under the Zuptas they've taken over the farmhouse and local abattoir, too. And so we watch a vast crime taking place as the authorities tell us to move along because there's nothing to see.

Opposition parties fight the Zuptas in the courts but for the rest of us the frustration of not being able to land a meaningful blow is immense; and so we round on the one group of lackeys we feel we might be able to hurt: the pinstriped parasites at Bell Pottinger.

It's an understandable response, and, certainly, the British firm needs to feel this blunder in its bottom line. Ultimately, though, it is the people who hired Bell Pottinger who must be held to account, at the polls and in the courts.

And if these saboteurs are still in power in 2020, then it is we, not they, who are the true dom drolle.