The mood of the nation, of ordinary people, should keep the president awake at night 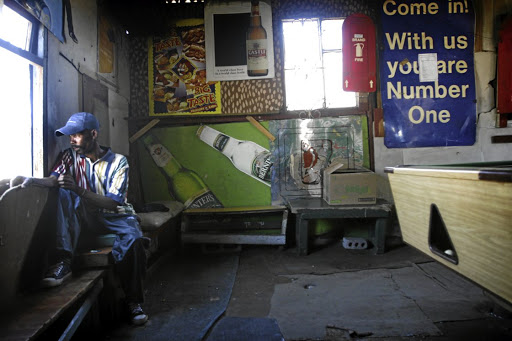 On Saturday morning I called my friend Doc Tilala and told him I was driving into my mother's village in Hammanskraal, north of Pretoria. I was in luck, he said. He was walking back from a funeral. I could meet him on the main road "at the second hump" into the village. So, I did.

"We have just been to bury one of these nyaope boys," Doc told me solemnly as he settled his lean, stylish frame into the car seat.

"He overdosed. We see a lot of that these days."

Nyaope is the highly addictive, cheap, easily accessible drug that has spread like wildfire in townships and villages everywhere.

In this village, the drug is ubiquitous. Virtually every family here has now been affected. In the townships and villages around Tshwane no conversation ends without touching on what nyaope is doing to communities.

It is rather baffling that, in the midst of South Africa's worst post-democracy economic crisis, a massive leadership battle is raging in the ...
Opinion & Analysis
4 years ago

Addictions have, he says, led to an increase in petty theft. Addicts steal anything they can lay their hands on. School fences ripped down. Gates stolen. Windows stolen.

"Grandmothers now lock their homes when they sit outside. They are afraid of their grandchildren. They know they will steal pots and pans to sell. It's very bad," he said.

Everyone in the village knows who the drug peddlers are. "Why don't you report them?" I ask.

"Because the police never do anything about it," he replied.

We drive into the village. It is dry and dusty, and the streets are lined with young people. Jobs are few here.

Two months ago young people were invited to pay money and they would be given a job in the defence force. Hundreds paid the "registration" fee. The jobs never materialised. Many people here know the woman who ran the scam. She lives in the new part of the village, I am told. She has not been reported to the police.

"Nothing will happen even if you tell the police," said a young ANC Youth League activist.

There are many good people and many good things here in the village in which I grew up, without water, lights or tarred roads under a murderous apartheid regime. Now there is some peace and some progress. These are tangible successes.

But too many here are unemployed, on social grants and being failed by authorities such as the police. Every so often roads are barricaded and cars set alight. People are losing patience with a government they are beginning to compare, unfavourably, with those of the former Bophuthatswana, and of the National Party. It is no longer a happy place.

The people cannot take this dysfunctional state any longer.

Should we go for a drink, I ask Doc and the ANC Youth League youngsters we have hooked up with along the way. One of them smiles: "Where do you want to go?"

"There are two places that are all the rage at the moment. One is called 'Pravin Gordhan'. When Pravin was fired the owner slashed beer prices, apparently because he said hard times are here. That's where the older guys go.

"The other tavern is full of young people. The beer there is expensive. The place is called Malusi Gigaba."

I have always been amazed by people's ability to capture the mood of the nation perfectly in songs, in place names, in description.

About two weeks ago, speaking on the sidelines of the ANC policy conference, Finance Minister Malusi Gigaba hinted that this country might need outside financial assistance to get out of its economic problems. That could mean going to institutions such as the IMF.

South Africa is in trouble. The money that was accumulated during the commodities boom and under the judicious economic management of Thabo Mbeki and Trevor Manuel has run out.

Minister of Mineral Resources Mosebenzi Zwane remains in office and in charge of one of the key ministries of our state. His boss has sold the nation to the Gupta family. Those who speak up, such as ANC MP Makhosi Khoza, are threatened with death - the police do nothing except protect cronies such as the useless Minister Bathabile Dlamini. We are in deep, deep trouble.

But not all is lost. The people are not fools. In places like Hammanskraal they are asking questions.

For the looters, like President Jacob Zuma and his coterie, time is running out. The people cannot take this dysfunctional state any longer. They can't take the warning signs of poverty and inequality any longer. Their anger is palpable.

Believe me, if Zuma stays in power after December this anger will boil over. It will explode.

Messages exposing president's corruption are authentic. I should know - I appear in them
Ideas
4 years ago