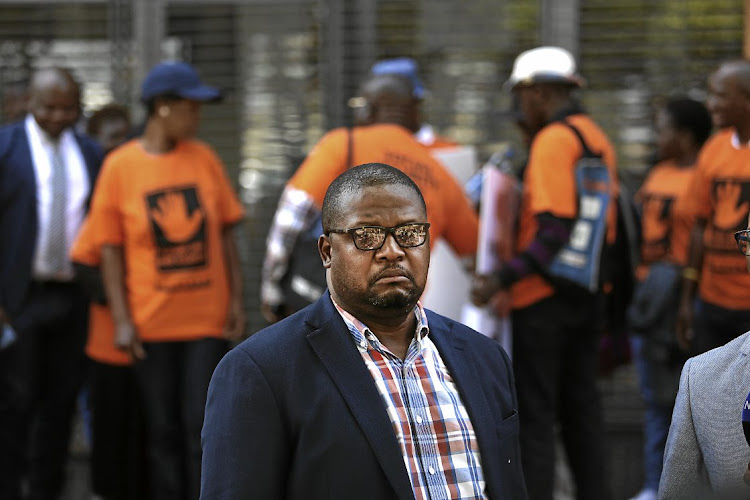 When news emerged last week that SA Social Security Agency CEO Thokozani Magwaza had axed the controversial "work streams" at the grants agency it appeared the tide may have started to turn against Social Development Minister Bathabile Dlamini.

The "work streams" were effectively an expensive alternate management hierarchy staffed by advisers reporting directly to Dlamini in the thick of the storm over the future of social grants payments which ended up in the Constitutional Court.

Magwaza's move was widely seen as a play to regain control over this critical agency. But, if a week is a long time in politics, it's an eternity if you are a public servant.

Today Magwaza is out of a job, he and his family are reeling from death threats and the agency is lurching towards another crisis.

Magwaza's exit comes as he was negotiating a new grants payment deal with the SA Post Office to replace the controversial deal with Cash Paymaster Systems, which was extended under stringent conditions by the Constitutional Court.

There's a sense of cruel déjà vu in all of this. There are few ministers more demanding of censure than Dlamini, yet Jacob Zuma tilts like Don Quixote at the windmills of white monopoly capital rather than cleaning up his mess.

At this point it's useful to recall the words of Constitutional Court judge Justice Johan Froneman in the Sassa matter.

"The sole reason for this litigation is the minister's failure to keep its promise to the people of South Africa," he said.

"There must be public accounting for how this was allowed to happen."

In a constitutional democracy the politicians should be paying the price for broken promises, but instead it is people like Magwaza who are. And the rest of us are still waiting fruitlessly for a public accounting.

Did Sassa CEO jump or was he pushed?

We are at the mercy of the ConCourt‚ says Black Sash

The wait begins for an inquiry into the roles and responsibilities of Social Development Minister Bathabile Dlamini after parties delegated to ...
News
4 years ago