We all need to step back occasionally to assess our lives 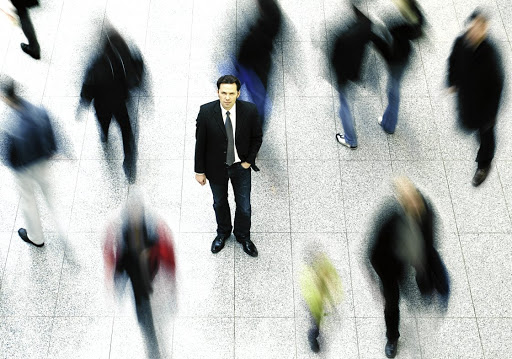 STILL AND ALL: Take a sabbatical from the relentlessness of daily life Picture: Getty/iStock

It will come as no surprise that I am pleased that Roger Federer won Wimbledon last weekend, even though I don't watch tennis or have any real sense of it as a meaningful human activity.

Roger Federer is what passes for old in professional sport, and so for chaps of a certain age he is a warm red beating heart trying to push blood through our hardening arteries.

Roger Federer is for men like me what a Williams sister is to young black women: we don't have to actually watch them play; just hearing they've won is enough to make us lift our chins to the brightening sky and feel the sunshine in our eyelashes.

But I am especially interested in the Fed's resurgence this year. He has won two Grand Slam titles: the Australian Open and Wimbledon, after a five-year drought in which he won none.

He credits this to a six-month break from the game last year, from July till January, in which he rested his body and did different things and refreshed his mind.

He started playing again at the beginning of 2017 already convinced that the break had added years to his career, and barely six months later it seems clear that it has done more than that: it has chipped away some of the oxidation on his excellence and restored some unquantifiable scintilla of his shine.

It has made him, not young again, because that is not possible and also because "young" is not a word that means "good", but better than he still believed he was.

For me, Roger Federer is a hero not for playing good tennis or doing so at an advancing age but simply for taking a break.

The world today is filled with people taking anguished pride in complaining how long and hard they work, how they don't take holidays or two-day weekends or lunch hours, how preternaturally, soul-bustingly busy they are, as though busy-ness were a sign of worth, and the ability to sustain busy-ness a mark of virtue. (Oh, put down your keyboards of busy indignation; I'm not talking about the single moms and the people working two and three jobs just to get by and the people being exploited by being overworked at jobs they can't viably quit: I'm talking about people who choose to make working and being busy a part of their personality.)

I don't believe in busy-ness and breakless work, not for people who work creatively (which is not at all the same thing as doing creative work) and certainly not for people who strive to live and work as fully and wholly as they can, with a commitment to work and their life and the people in it.

I believe in lunch breaks and making time to read and turning off your phone in the evening; I believe in walks and watching good movies and in going away and doing something else for a while. I believe that switching off fully before you switch back on is important if you want to keep finding purpose in what you do, and that you have to replenish the well if you want to keep drawing from it.

But I have an even more radical proposal. I would suggest that part of what made Federer's break so effective was the possibility that he wouldn't choose to come back from it.

Whether conscious or not, and I suspect it was, he must have used that time to stand back from his treadmilling life and assess whether it still made him as happy as he assumed it did, and whether it wasn't perhaps time to do something else.

When he did choose to continue playing, he knew it was from love rather than inertia; that was joy squeaking from the soles of his sneakers.

I think the world and our lives should be structured this way: with mandated breaks and sabbaticals every 10 or 15 years where you're forced to take a break from your job, from your entire line of work, from your marriage and your friendships and the place where you live and your habits of mind, to just stop for six months and drain away your duty and your routine and your fear and to ask yourself truly whether this is still making you happy and, if it isn't, then to make a change, and if it is then to go back to it with a full heart and a brand new pair of tennis shoes.