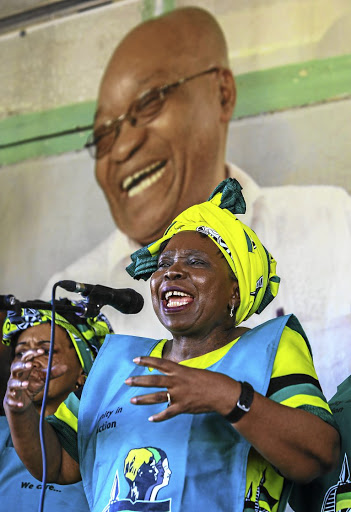 The next major political marker in our politics will arrive in January 2018.

If Nkosazana Dlamini-Zuma wins the ANC presidency in December the chances that the party will split increase a hundred-fold.

This may happen in January because Dlamini-Zuma will not have won as a leader or candidate in her own right. Her patron, Jacob Zuma, will have extended his kleptocratic rule over the supine ANC and over South Africa.

This will mean the clean-out that the country's administration desperately needs will not happen. Instead, the rot that now engulfs the institutions of accountability such as the National Prosecuting Authority under the incompetent and invisible Shaun Abrahams, the state-owned enterprises and large chunks of the administration will increase.

In this scenario the individuals and forces massed around Cyril Ramaphosa will realise the "self-correction" they have been punting under Zuma is dead and buried. The ANC that will be led by Dlamini-Zuma at Luthuli House and Jacob Zuma in the Union Buildings will be focused on one thing: looting the state.

They can loot because they will still own the ANC brand. Mosiuoa Lekota's Cope? Despite its best efforts to do so way back in 2009, Cope never owned the "congress" brand. The EFF? This party might hold up the Freedom Charter as a template but it still doesn't own the brand. Neither does the union federation Cosatu, the SA Communist Party or even the remnants of the United Democratic Front that are now giving Zuma sleepless nights with the likes of Sipho Pityana, Murphy Morobe and others.

A Dlamini-Zuma win means that Zuma and his cabal own the ANC. The likes of Mcebisi Jonas, Jackson Mthembu and Makhosi Khoza own some of the values of the ANC of Mandela and Walter Sisulu and Albert Luthuli.

But the "legal" ANC of Zuma runs for elections and wins them. The "ANC will self-correct" faction will have no option but to cut loose or sink with the ANC.

One of the few ways a post-Zuma leadership can keep the party together is through some kind of toxic pact.

But what if Ramaphosa's revived run gains momentum and actually manages to defy the attempts to rig the ANC election - through bogus branches and members, through vote-buying and rigging - as detailed by ANC secretary-general Gwede Mantashe?

What if, perhaps with Zweli Mkhize or Lindiwe Sisulu as a running mate, Ramaphosa manages to become Number 1 in December?

The ANC now sits with a multiplicity of intractable problems. Its members are murdering one another in KwaZulu-Natal. The economy is being dragged further into the doldrums every week. Education outcomes are shocking, to say the least. Social unrest is on the increase. Unemployment is at crisis levels.

Corruption defines ANC rule. The deluge of leaked Gupta e-mails demonstrates Zuma is a puppet at the head of a government that answers to one family and not the ANC. Stories by the Sunday Times show he and his son are ready to jump ship and move to Dubai at any minute to enjoy their ill-gotten gains.

So what does Ramaphosa or any successor not linked to Zuma's cronyism do with Zuma? Allow a reconstituted Hawks and NPA to charge the man from Nkandla, meaning a trial that lasts for years and besmirches the ANC every day that Zuma is in the witness box?

One of the few ways a post-Zuma leadership can keep the party together is through some kind of toxic pact - forgiveness for the corrupt, like Zuma himself, and some sort of blanket "amnesty" for his cohorts.

This is the solution mooted in the Daily Maverick story two weeks ago that Zuma has been offered a R2-billion "go-away settlement". In return for what, though? Zuma and the Guptas keep their dirty billions. They go away and laugh at us from afar? It doesn't seem workable. What is clear, therefore, is that December is a beginning rather than an end to the ANC's charged political evolution.

In January a new period awaits the party. In January whoever will have emerged victorious at the conference will be faced with a party not united, but seeking ways to be healed urgently or begin the march to its final resting place.

Another turbulent political era beckons for South Africa, marking upheavals through to the 2019 elections.

The mood of the nation, of ordinary people, should keep Zuma awake at night
Ideas
3 years ago

Let this sink in: South Africa, you are on your own. The ANC, once a proud, clear-eyed and capable organisation, cannot come up with the solutions ...
Ideas
3 years ago