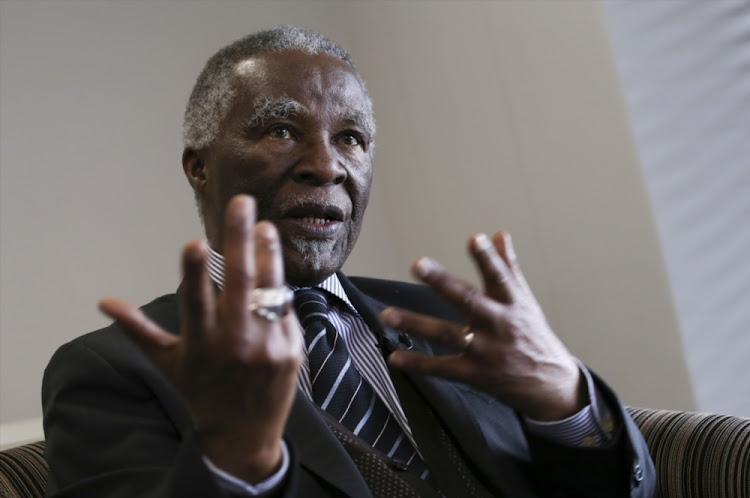 It was understandable that we'd start fantasising about Thabo Mbeki and Julius Malema. Inevitable, even.

In the 1990s we thought we were God's Rainbow People. Ten years later we believed we were the first flowering of the African Renaissance. Since the eruption of the Gupta e-mails, however, we have discovered what we truly are: slack-jawed, wide-eyed rubes being taken for a monumental ride; the butt of a gigantic, multinational, criminal joke.

It's a tough thing to accept. Nobody likes being laughed at, especially not by hypocrite arseholes in pointy shoes and bulletproof SUVs.

But it's not just insulting. It's frightening, too. If you accept that our so-called leaders are mere bagmen and that almost every single aspect of national government is rotten to the core, then you have to accept that, for as long as the Zuptas remain in power, we are entirely rudderless, practically lawless and essentially stateless. In short: while anyone with Zuma in his or her surname controls this piece of land, South Africa does not exist in any meaningful way.

Did Blade's risqué talk indicate a parasite's detachment from its host?

When the Comrades arrived for this year's general conference of the South African Communist Party, none of them could imagine the drama that was ...
Ideas
5 years ago

Which is why it was inevitable that we'd invite Mbeki and Malema into the spotlight and, at least for a few minutes, relegate the Zupta hyenas into the darkness.

It was Mbeki who appeared first, summoned like a ghost to a séance by Power FM almost two weeks ago. His familiar tones - the warmth of hot chocolate, the crackle of a fire in a room full of aromatic pipe smoke, the faint rustling of pseudo-intellectuals kowtowing at his slippers - revitalised a tired and gloomy nation. Social media heaped love on the former president and took a moment to remember a more dignified time when statesmen argued not over kickbacks and e-mails but beetroot and garlic and when a president didn't fight to keep himself out of prison but rather fought tirelessly to save Zimbabwe from a vicious outbreak of democracy. Good, good times.

Having fondled the pre-Zupta past, we were ready to gaze into a post-Zupta future, and this weekend the Sunday Times obliged by interviewing Julius Malema.

Speaking with his familiar frankness, the Commander-In-Chief identified the greatest problem looming over South Africa right now, namely, that the media narrative has shifted away from Julius Malema.

It's been a tough few months for the Commander. Venezuela and Zimbabwe, often cited by the EFF as poster children for its policies, can no longer even claim to be basket cases: the baskets have unravelled and the straw is being eaten by starving goats.

Worse, however, is that after some solid wins in parliament on Nkandla, the EFF and Malema have been relegated to mere spectators by the power struggle in the ANC: they, like the rest of us, are simply waiting to see if the party will commit ritual suicide by persisting with the Zuptas or whether it will opt for Cyril the Human Gag-Ball and stay in the low 50-percents until it dies in 2024.

While those 'slim drolle' deserve what's coming to them, let's not forget who hired them
Ideas
5 years ago

Being an excellent politician, however, Malema understands how to wrest attention back to himself and to give the impression of a Napoleon on the march even if he's just marking time. He knows seizing the initiative requires bold and militant action, even if that means speaking boldly and militantly straight out of one's revolutionary butt.

I assume space constraints meant the Sunday Times couldn't print his other predictions, like the EFF's Science Brigade perfecting cold fusion in 2021 and its History Commissars erasing all mention of Venezuela and Zimbabwe from its policy documents in 2022, but I'll give him the benefit of the doubt.

And so on we tumble; the past getting brighter; the future just a game in which you and I are pieces to be played. And, if necessary, sacrificed.