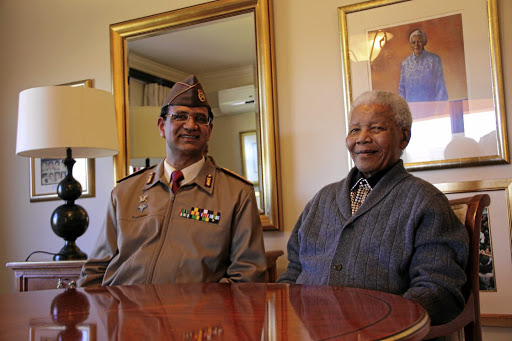 The decision by publisher Penguin Random House to withdraw Mandela ’s Last Years from sale is a blow for freedom of expression.

The publisher’s decision on Monday night to halt further sales of the book was a dramatic about-turn on their position only hours earlier in which they had stood firm in the face of growing criticism over the work by Vejay Ramlakan‚ the principal physician who cared for Nelson Mandela until his death.

The discomfort of some Mandela family members is understandable but should nothave been the lynchpin of the publisher’s about - turn.As we argued here on Monday, Mandela occupies a singular place in South Africa’s history that is of greater importance than these sensibilities.

From excerpts from the book we know that Ramlakan has shone a light on importantaspects of Mandela’s final days. These include his apparent deepening depression over the last decade of his life, his “terminal event” months before his actual death and his final minutes, as well as reflections on the Mandela family ’s divisions and how this affected the former statesman.

All of this is important for us to know to understand Mandela properly. Discomfort overRamlakan ’s ethics should give way to the legitimate public interest in Mandela as an historic figure.

The decision to withdraw the work from sale is a censoring act that leads us down apath of revisionism in which Mandela’s story can only be framed uncritically to be heard.That is deeply unhealthy and it is unlikely that Mandela himself would have supported it.

Madiba was often attributed as having said: “It is better for the press to get something wrong, than not say anything at all.” We agree — and the same should apply to authors and their publishers