It’s time for Nzimande to sharpen his blade

South Africans crying out for someone to take a stand 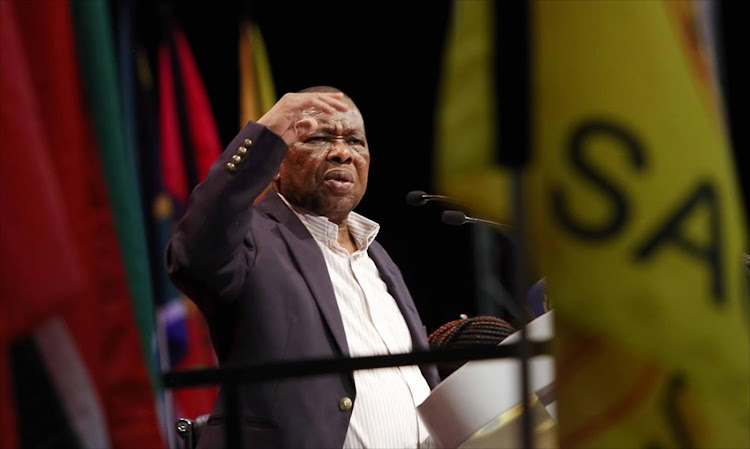 This is not the week to look at the people we know are clothed, funded, influenced, fed and corrupted by the compromised President Jacob Zuma and his handlers, the Gupta family.

This is not the week to plead with those who misuse the idea of "unity of the progressive movement" to keep their discredited, anti-people, thieving leader and his cronies in place.

This is not the week to concentrate on those who in isiXhosa are referred to as odel'ihlazo (those who do not fear embarrassment) such as Arts and Culture Minister Nathi Mthethwa, who will stand up and speak on behalf of Zuma in parliament on Tuesday in the motion of no-confidence debate.

We have not yet seen prosperous-looking men descend the steps from a courtroom down to the cells.
Ideas
5 years ago

We know Mthethwa. In 2005, he stood up at the ANC general council and demanded Zuma be given his powers back after Thabo Mbeki had fired him from the cabinet and curtailed his role in the ANC.

Mthethwa succeeded and was rewarded with a ministry. South Africans got the looting machine we now witness going about his business every day.

This is not the week to even waste one's energy on ministers such as the patently corrupt Mosebenzi Zwane, Faith Muthambi or Des van Rooyen. These are also amadel'ihlazo - so compromised they are not embarrassed to be seen defending a thief in public.

These "leaders" will vote for Zuma to stay in power and continue looting the country. They care not a whit what we lose due to their actions. Education remains an absolute mess. The economy will perform even worse than we expect. Unemployment remains so high among the people in general and among young people in particular that an insurrection will be triggered one day soon.

Would Joe Slovo back an embarrassment like
Zuma? Would Chris Hani back a corrupt leader like Zuma?

We are now about to beg for money from the International Monetary Fund or the World Bank. Things are very bad. Thank you Jacob Zuma.

This week I will concentrate on one person. That person is Blade Nzimande, the secretary-general of the SA Communist Party.

I will concentrate on Nzimande because he knows what he has done to us.

He gave us Zuma.

Throughout the 2000s, as he was ignored by a Mbeki who implemented his Gear policies while daring the communists and trade unions to leave the tripartite alliance, Nzimande threw in his lot with the sexist, homophobic and corrupt Zuma in an "anyone but Mbeki" strategy.

He was not the only one: Lindiwe Sisulu, Mathews Phosa and others did the same. When we saidtheir man was the antithesis of Albert Luthuli and Nelson Mandela, they dug a hole and buried their heads in the sand.

But now they know. Nzimande in particular knows that Zuma is patently unfit for office. That is why the outfit he leads, the SACP, has told Zuma to his face that he must resign.

The next major political marker in our politics will arrive in January 2018.
Ideas
5 years ago

I am watching Nzimande because he has the power to force Zuma to step down. According to United Democratic Movement leader Bantu Holomisa, there are 47 ANC MPs who also hold SACP membership. Add Derek Hanekom, Makhosi Khoza, Mondli Gungubele and Pravin Gordhan to that number and the opposition would have the 50-plus ANC votes it needs to oust Zuma.

Throughout the crisis Nzimande has been weak and has compromised himself. He needs to now stop being mealy-mouthed. He needs to take a stand. He needs to be like the great leaders of the SACP in the past.

Nzimande is responsible for a whole heap of what is wrong with our body politic and he knows it. He has it within his power to change all this.

Whatever happens this week, he needs to stand up and say that SACP members who are ANC MPs will vote to get rid of Zuma.

The mood of the nation, of ordinary people, should keep Zuma awake at night
Ideas
5 years ago

As the crunch vote of no confidence in President Jacob Zuma looms, Speaker Baleka Mbete breaks her silence on her secret-vote dilemma
News
5 years ago

Another Zuma son accused of 'seeking bribe' to clinch deal