Hit the reset button: It’s time to think beyond the ANC because that organisation is finished 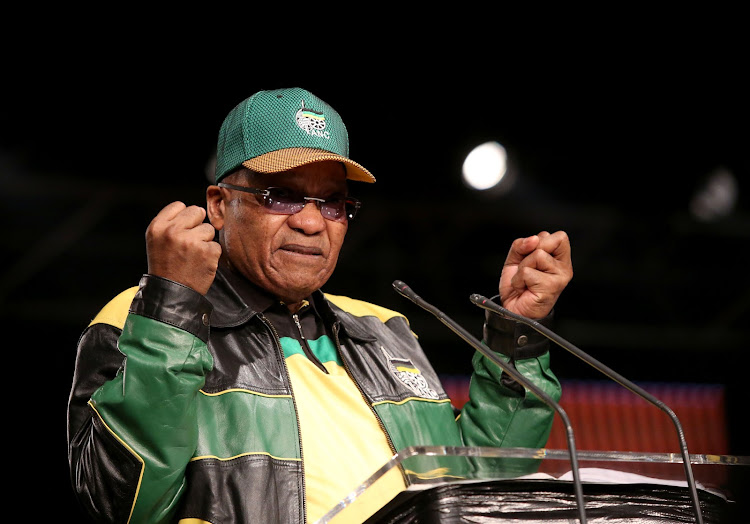 Nothing illustrates the extent of our descent into ethical and moral bankruptcy (and political mediocrity) as comprehensively as the past week ’s events.

A deputy minister of higher education savagely beat up a woman and today, a full eightdays after the outrage came to light, he still serves in the executive.

On the day after the outrageous case of Deputy Minister Mduduzi Manana was revealed , the ANC’s top brass arrived in parliament en masse and threatened its 249 MPs to vote against an opposition motion to kick President Jacob Zuma out of office.

You may know Zuma: he slept with his friend ’s young daughter, has been bribed, hasoverseen numerous scandals, has handed the appointment of cabinet ministers to the Gupta family, has destroyed jobs and hobbled the economy and has forced two splinter parties to emerge from the ANC. His comrades in Cosatu and the SACP have told him to pack his bags.

I have not even begun to scratch at how deeply Zuma has damaged the ANC, yet onTuesday evening 198 of those ANC MPs voted to keep ensconced in power the man who is leading them energetically towards the opposition benches.

There was once a time when I would happily sit down for a nice debate with ANC leaders who felt the party could “self - correct” or be saved. Last week, as Manana struttedabout issuing statements and being treated like a demigod by our police services (he even got to enter court through the back door), all such thoughts fled my mind.

Yesterday, when the leader of the ANC Women ’s League ran true to her consistently anti - woman form and defended Manana, it finally occurred to me the ANC is well andtruly dead. It will never come back.

What we are now going through is a dangerous time because this realisation has surelyhit our cabinet ministers, ANC MPs and the massive train of public servants, tenderpreneurs and hangers-on who have thrived under Zuma and his criminal enterprise.

These are surely the last days of Zuma’s criminal empire and each one of these looterswill do their worst to steal and stash some dirty lucre before the reckoning comes.These are desperate people in desperate times and they will act desperately to keeplooting.

What now? Former finance minister Pravin Gordhan said recently: “I think the presidentshould move aside and let somebody take over this country and reset the course‚ so that we can fulfil the kind of aspirations that Mandela and his generation had for South Africa.”

Gordhan is right. We need a reset of our ethical and moral compass. We also need areset of our political and economic arrangements.

However, the sad truth is the reset will not be achieved through the mere departure ofZuma and Company.

The reality is that the entire ANC is rotten to the very core because the head is so rotten.Zuma has turned the ANC into himself.

Those who are not corrupt are used and abused to prolong Zuma’s stay in power andhis pillaging.

South Africa’s reset button will come at a price. The ANC’s current leadership cannot betrusted to go without a fight.

It would be naive to think that attempts to capture the Electoral Commission of SA are not under way. Zuma will not want an election that is as uncertain for him as what we saw with the no-confidence motion in parliament.

South Africa can and will reset. The cost will be high, though.Ordinary South Africans are going to have to dig deep to dream of a new, united, nonsexist, nonracist, inclusive and progressive country beyond the ANC. They will have to go out on the streets and they will have to organise.

The future belongs to them. But they, we, have to make it. Last week the ANC showed usthat it has vacated its place as a change agent.

The future must be crafted by us, for the ANC is too busy looting in these last and desperate days of the Zuma empire.

President Jacob Zuma’s son Edward has written another instalment of his open letters‚ this time blaming everything going wrong in the country on ...
Politics
4 years ago

It's nothing short of ironic that the ANC is hanging on to its biggest political liability, writes Bruce Whitfield
Business Times
4 years ago