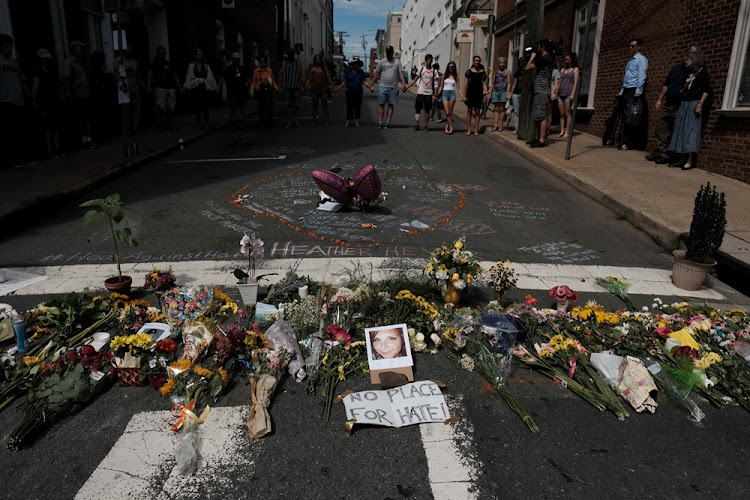 Twenty years ago, before Trump and golf-shirted Nazis marching by tiki-torchlight, I was in Charlottesville, listening to a man bathing in history.

He was telling me about his ancestors, proud residents of the great state of Virginia, when he said something that I didn't understand at all: "My great-great-granddaddy died in the war."

I hastily did the maths and was confused. Had his great-great-grandfather blown out the 100 candles on his birthday cake and then hobbled up the anti-aircraft gun on the roof the Pearl Harbour Retirement Home?

A moment later, he explained. "He was young when he died," said the man. "Like most of those boys on both sides, north and south."

US President Donald Trump denounced neo-Nazis and the Ku Klux Klan as criminals and thugs on Monday, bowing to mounting political pressure to condemn ...
News
4 years ago

I tried not to look as startled as I felt.

To me, "the war" is the big one in the 1940s. It doesn't need a qualification because it remains the biggest one we've had and its effects are still clearly visible every time I open a newspaper. But to my companion "the war" - still so much a part of his everyday life that it didn't need a name - was the American Civil War, fought between 1861 and 1865.

This week's march by fascist frat-boys in Charlottesville has been well described as an example of how America's bourgeois, narcissistic far right has been emboldened by Donald Trump's presidency. Many have quoted the current popular aphorism: "When you're accustomed to privilege, equality feels like oppression."

This is a solid interpretation. The photographs of that depressing night do not show sunken-eyed factory workers from the Rust Belt. Instead, they show corn-fed suburban princelings whose biggest dilemma is whether to part their hair on one side or to go for the Gordon Gekko wet look.

Of course, one should not trivialise their actions and beliefs simply because they are such trivial people. We have seen these soft, ordinary men before: comfortably middle-class; always scrubbed, combed and ironed; good sons to their mothers, good company with their friends; good fighters when the shooting starts; good keepers of secrets once the war crimes tribunals get going.

Which is why I think it is dangerous to ascribe all of their pampered petulance to a slight diminishment of their considerable privilege.

James Fields has been charged with murder after ramming his car into an antifascist protest. He meant to kill. But people don't premeditate murder because they have to share toilets or see a Muslim every so often. They kill people - and ultimately become able to kill them in industrial quantities - because they believe they face complete annihilation. And at the heart of that terror lies an obsession with warped and corrupted history.

Twenty years ago I learnt that, for many people, the past is not a memorial carved in granite; concluded and incontestable. Instead, it is ever-present, still unfolding. And if you are ignorant and angry it can be malleable as your ignorance and anger demand; a warm bath of soothing grievances and invented facts to lie in when the world feels unfair and confusing.

Above all, the past is open to renegotiation. No war is ever lost. No belief is ever outgrown. No blame is accepted. Certainly, no perspective is allowed: in South Africa I've listened to two bitter white men debate the peace of 1902 as if their ancestors' farms were still smouldering, and then, a moment later, express amazement that black people were still not "moving on" from 1913 and 1948.

Most pundits suggestTrump's brownshirts are delusional because they have lost nothing of real value. I would disagree. The original protest in Charlottesville was a response to plans to remove a statue of the Confederate commander, General Robert E Lee. It was a direct attack on the only thing the right has: that ever-present, entirely mythical, all-justifying fake history; the gospel of anti-Semitism, racism, disgraced 1930s quasi-science and paranoid xenophobia that is the intellectual, emotional and spiritual life force of the alt- right.

If faith is belief without evidence, then the alt-right is surely a religion. And what do true believers do when their gods are libelled, their gospel denounced and statues of their holy warriors toppled? Some go into hiding. But some kill. History, they know, won't need to forgive them. Because it already has.