Don’t underestimate the magic of the odd treasure hunt

Mirum vivit! An evening of magic leads to an adventure in a world of marvel, mystery and delight 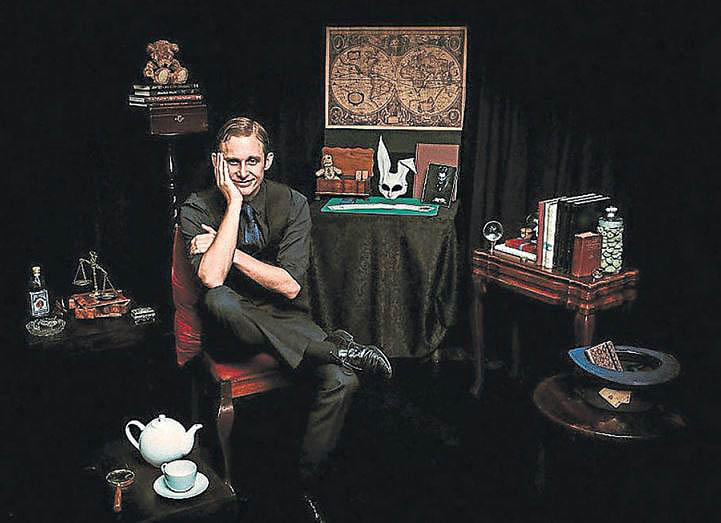 I just want to tell you about something lovely. Last Friday night I went with two good friends and their 14-year-old twin girls to see a magician named Stuart Lightbody perform at the Alexander Bar theatre.

The girls had been invited by a schoolfriend to attend a fashion show that night but they turned it down to come with us. They said they were keen to see the magic show, but you never know with teenagers, even the very best teenagers, which these are, and secretly I was a little anxious for the show to be good.

For adults, life is so full of disappointments and bad breaks that we hardly notice them any more, but when you're 14 and the world still seems to hide itself behind itself, a glimmering carnival of symbols and signposts beckoning you to boundless discovery, limited only by your own willingness to seek, a bad choice about how to spend your evening can be a keen blow.

Democracy not perfect, but it’s one of humanity's brightest ideas

Democracy It's not perfect, but it's one of the brightest ideas human beings have had
Ideas
5 years ago

The show did not disappoint. The writer Haruki Murakami spoke about the artist's mind being a garage filled with treasures: memories and experiences and arcane knowledge and half-forgotten fascinations jumbled together all higgledy-piggledy and available to be discovered, and the show was designed to feel that way: a flow and tumble of marvels not following our waking logic but some hidden principle of revelation, something dazzling and new but steeped in history and the sorcerer's arts.

I knew it would be all right when I heard one 14-year-old gasp "What?!" and the other hiss "No way!" There's nothing more splendid than sitting wide-eyed in the presence of the obviously impossible: it makes an adult feel like a kid. Even better, it makes a teenager feel like a kid too.

This wasn't part of the show, this was a bonus feature for those who chose it, but there were clues hidden about the venue, leading us through levels of bafflement. Most of the audience had filtered home but we puzzled over our clues, pooling knowledge, scratching our heads.

Why I dripped all over a fellow moviegoer

This is an open letter to the man who sat beside me in the cinema on Tuesday afternoon.
Ideas
5 years ago

There were other seekers: a 10-year-old boy in a sports coat with a flower in his lapel; a suave comedian and his date; a rival group of clue-hunters who circled us like hammerhead sharks, trying to glean our gleanings. We found one clue then another, then a telephone number which delivered a recorded message: "Congratulations. I am Mirum Vivit." Mirum Vivit! Who is Mirum Vivit?

We sent e-mails to a secret address and later that night I woke to the ping of a message: "Besides the locked box, Darrel, what else do you seek?"

"Happiness," I replied, "despite the obstacles of my personality."

"A noble goal," replied Mirum Vivit. "Perhaps even personality is not as fixed as we think. People are always growing, so let's go ever deeper, and if we do not find the answers you seek, at least we'll have had an adventure."

Yes! At least we'll have had an adventure! Could there be a more perfect answer? I asked the girls what they'd said they sought, and they answered: "The perfect cup of tea," which is even better.

The almost purrfect spy: We can learn a lot from Operation Acoustic Kitty

So far I think humanity has done a pretty good job of rumbling the nefarious schemes and twisty-moustache plots of the various u-vowelled Zumas and ...
Ideas
5 years ago

We were directed to an address on the other side of town and to bring our keys. We arrived on Saturday afternoon and found a locked wooden box and inside it a copy of one of my favourite books, with a handwritten epigraph: "You're about to travel through a wonderland. Astonishment will be your normal state of mind."

There were envelopes containing another clue to be cracked, leading onwards to the next stage, next month. We would still need our keys.

The girls pored over their clues like a pair of Nancy Drews and we watched others arrive and approach with their keys. Everyone had the sparkling eyes and shy smiles of people who've been given a tremendous gift for free, for fun. The world was not just the world, it was a glorious stage set arranged to hold mystery and delight.

It was a wonderland. Mirum Vivit: wonder lives.