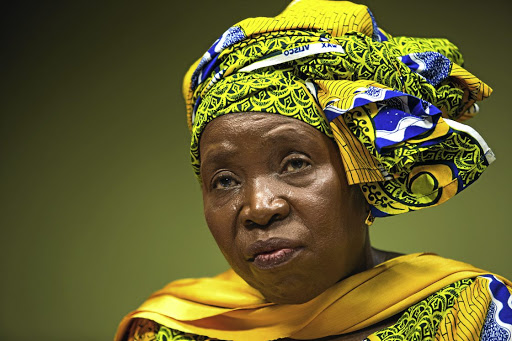 Welcome to the dirty war. Welcome to the age of untruths, half-truths, fake news, manufactured scandal, smear, slander and lies. Welcome to South Africa as the weak, dying governing party, the once-glorious ANC, continues to eat itself up.

We all knew that President Jacob Zuma's supporters within the ANC and in the government and "independent" entities would fight back ferociously against his perceived enemies within and outside the party after coming close to losing the motion of no confidence against him on August 8.

What we have seen over the past two weeks is a fight-back on steroids.

It started with Zuma's useful idiots at Luthuli House - officials he uses to keep him in office by scaring them that the ANC will split if they don't keep him on - firing off letters to the likes of Makhosi Khoza and Derek Hanekom, demoting one and warning the other not to talk too much. This was child's play compared to what came next.

The past week has showed us the real stuff: The dirty, intense, relentless and debilitating fight-back against Zuma's perceived enemies, a no-holds-barred assault that is not mere contestation between comrades. This is now beginning to look like a fight to the death.

Could SA be run by ancestor-obsessed politicians?

A friend recently asked one of presidential hopeful Nkosazana Dlamini-Zuma's lobbyists why he and others in their camp were so cocky about the ANC ...
Opinion & Analysis
3 years ago

The ANC cannot survive such brutal and heartless attacks by some of its own on their own comrades. The question is whether we, as a country, get taken down along with this organisation? Last week, Pravin Gordhan, the former finance minister, was heckled by the president's son during a speech in KwaZulu-Natal. Edward Zuma, who in his usual fashion seemed decidedly "tired and emotional", called Gordhan names and accused him of being a puppet of so-called "white monopoly capital".

Soon thereafter, the president's other son, Duduzane, fired off a letter accusing Gordhan of all sorts of conspiracies and filled it with untruths such as the assertion that the Hawks unit had cleared him (Duduzane) and the Guptas of all wrongdoing. Then young Duduzane appeared on the British Broadcasting Corporation (I wonder if the newly acquired ANN7 was not good enough for him) saying that he did meet the Guptas and Mcebisi Jonas. Did he not know that the Guptas have denied even being there? Anyway, that was yet another attempt to taint Gordhan. Young Duduzane did not see the irony of inviting BBC journalist Milton Nkosi to leave Johannesburg, where he is based, and travel to Dubai, where Duduzane claims he does not have a home, to interview him. The young man does not live here any more.

Then Trevor Manuel and Jabu Moleketi (former finance minister and his deputy when SA reached 5.9% growth in the mid-2000s) received orders from the docile Hawks unit to provide affidavits to bolster its case against Gordhan. Yes, the same Hawks that is ignoring the damaging leaked Gupta mails.

Quite at home with supporters, but is Dlamini-Zuma presidential material?

Then on Friday, sordid allegations of infidelity were leaked on social media targeting Deputy President Cyril Ramaphosa. Over the next few months and as his campaign strengthens, more will come out.

As Economic Freedom Fighters leader Julius Malema said, Ramaphosa will have to find a deep resolve to survive.

All this is nothing, though, compared to the real battle. While Ramaphosa and the six or so other contenders battle the smears against them, something more sinister and insidious is unfolding. It is this: The December election is being rigged right in front of them.

Right across the country, ANC branches and regions which come out against the Nkosazana Dlamini-Zuma presidential campaign are being disbanded and suspended.

It is happening in heaps in KwaZulu-Natal, where the provincial leadership is on a witch-hunt for anyone who does not toe its line.

This is important. It means that when the party conference starts in mid-December, the delegates who are allowed in the marquee will have been pre-determined and will ensure that Zuma's candidate, Dlamini-Zuma, is elected.

Those who support Lindiwe Sisulu, Zweli Mkhize, Ramaphosa or any other candidate will have been culled earlier on.

There will be many stories - many from the Lie Factory built around Zuma - but what is happening with selection of delegates to the December conference will be the real scandal. First, they will steal the party elections. Then they will believe they can steal the national elections.