Sis man, only one affair? 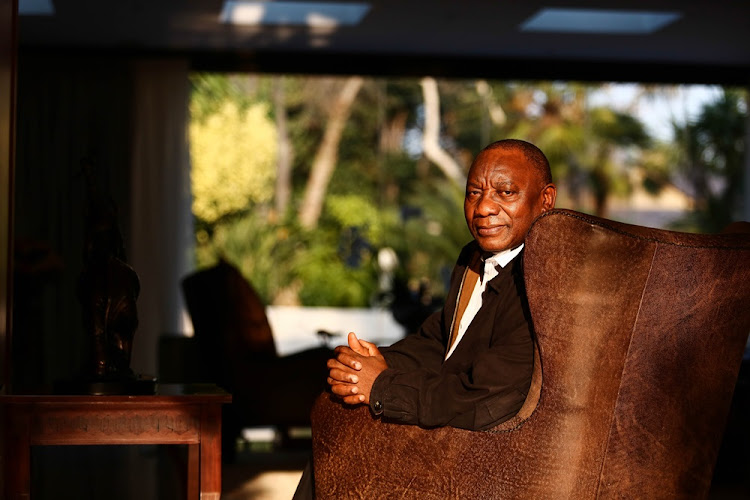 I must admit that I am terribly disappointed in Cyril Ramaphosa.

Just one affair? What kind of presidential contender only has one affair?

In France you can't even become deputy mayor unless you list at least three dangerous liaisons in your CV. The Italian constitution demands that when a new president is inaugurated, he or she has to take the oath of office while being orally pleasured by at least five lovers. And Ramaphosa has the nerve, the barefaced audacity, to admit that he's only had one paltry dalliance?

No, Mr Ramaphosa. This will not stand. You have betrayed the very institution of patriarchal politics and you have lost the respect of the millions of hypocrites in this country.

Still, at least the disappointing revelations of the weekend were illuminating in other ways. For starters, there was more confirmation (if any more was needed) of just how inept the Zupta camp can be when it comes to Machiavellian schemes.

Controversial businessman Kenny Kunene has stepped into the ring of ANC factional battles in the run- up to the party's 54th national congress.
Politics
3 years ago

A sex scandal? Seriously? All the dirty tricks at their disposal and they opt for a sex scandal? Their own godfather brushed off an extramarital one-night stand and a rape trial. The political consequences of Jeff Radebe's sexting shenanigans have been the distant chirping of a lone cricket. And yet somehow they convinced themselves that South Africa would rise up in puritanical fury against Ramaphosa.

It seems delusional, but I think there is method to this madness; a method written down and learned by heart, 50 years ago, in the Soviet Union or Bulgaria. It was even a good method: back then, kompromat - salacious information used for blackmail - could remove opponents and topple governments.

But what the Zupta brains trust doesn't seem to understand is that it is 2017, not 1967. The sex scandal has been defused and rendered almost entirely useless as a weapon. And that's because its animating, destructive energy - shame - has been evaporated by modernity.

The world in which powerful people offer tearful apologies and resignations is gone, replaced by one in which a man can boast that he "moved" on a married woman "like a bitch"; can urge men to "grab 'em by the pussy"; and still become president of the US. It is a world in which a politician can joke that an alleged rape victim "enjoyed" her ordeal because she stayed for breakfast, and go on to become hailed as a progressive president-in-waiting.

One of the women Deputy President Cyril Ramaphosa allegedly had an affair with received calls from family as far as the United Kingdom and Germany.
News
3 years ago

None of that, however, penetrated the bubble of the Zuptas or their puppets in the press; and so they trotted out their kompromat and told us that Ramaphosa is a "blesser", a hilarious accusation given that this country is hostage to the biggest blesser-blessee relationship of them all. ("Hey Jacob you little hottie. Send nudes. Also nuclear contracts.") Sigh.

The second thing the B-grade smear illuminated was our collective desperation for something better.

We're fond of false dichotomies in this country but within hours of the non-story being published by non-journalists, Ramaphosa's supporters were outdoing themselves. If Zuma was Voldemort, Ramaphosa was Harry Potter, the magical chosen one, a reluctant messiah who would save us all.

"This is the kind of leadership we need!" tweeted "rebel" MP Derek Hanekom, a post retweeted almost 100 times by fellow Ramaphosists.

Politicians live up to our not so great expectations

I enjoyed his enthusiasm but I wondered what kind of leadership, exactly, Hanekom was referring to. Was it Ramaphosa's impression of a smiling statue, holding perfectly still as the ANC was hollowed out? Was it his refusal to take a meaningful stand against wholesale looting until he was ready to launch his own bid for power?

I don't think anybody seriously believes that an Elastoplast can fix a country. It is, after all, a sticking plaster, not a statesman. It might not even close the hole. But at least it's not making the hole bigger. And right now, that feels like progress.