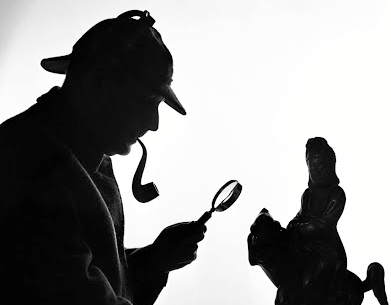 A CURIOUS OMISSION Sherlock Holmes. would have detected the anomalies in the Bell Pottinger case Picture: H Armstrong Roberts/Retrofile/Getty Images

The Sherlock Holmes story The Silver Blaze gave us the famous tagline of "the curious incident of the dog in the night".

The curiosity in that tale of the kidnapping of a racehorse and the murder of its trainer was the role of the watchdog. Or rather the fact that it did not bark. The absence of certain key facts, in other words, can have meaning and signify the real culprits are closer to home than you might think.

So when beleaguered Bell Pottinger in a last-ditch reputation-salvage exercise obtained the services of international legal sleuths Herbert Smith Freehills to conduct an independent investigation - published on Monday - the results were damning enough. And it didn't save them from being expelled from the UK industry body.

They've been booted out for "inflaming racial discord in SA". Just as well the Gupta mercenaries in Black First Land First and ANN7 are not members of the UK-based Public Relations and Communications Association. They could also then be history.

The law firm found BP conducted an unethical campaign with tactics that were "negative" and/or "potentially racially offensive" by targeting white individuals and corporates.

But, like the dog that didn't bark when Sherlock Holmes investigated the disappearance of the racehorse Silver Blaze, there were two findings in the report that suggest the guilty parties for other key controversies in this hateful and destructive campaign need to be sought elsewhere.

First, the law firm found no evidence that the benighted PR company coined the phrase "white monopoly capital" nor that it was responsible for the use and proliferation of "Twitterbots" in the "promotion of the economic emancipation campaign".

If this finding is correct, both on the messaging and the false Twitter handles used to contaminate cyberspace, the question arises: who are the other guilty parties?

Since our Hawks have become chickens except in pursuing the honest and honourable such as Pravin Gordhan, don't expect any such question to be asked by our laughably termed "agencies of law enforcement". They have joined a growing list of the captured: the new public protector, who tried to rid the SA Reserve Bank of its independence; the National Prosecution Authority; the SA Revenue Service which ignores illicit revenue flows but victimises honest whistleblowers; perhaps even the National Treasury has joined the list.

Regarding the Treasury, just look at one recent event: new Minister of Finance Malusi Gigaba promised to clean the barn of looted and dysfunctional state enterprises. But while he's conducting a fire sale of government assets to bail out South African Airways, he is too compromised or intimidated to let go of the woman who has presided over the near destruction of our national carrier - Dudu Myeni. She was meant to be out of office last week, but is to stay apparently until Jacob Zuma goes.

At sixes and sevens over Myeni

But back to the originators of the white monopoly capture campaign and the false Twitter handles. A clue came at the weekend when kompromat was leaked pinning extramarital dalliances on presidential hopeful Cyril Ramaphosa. He immediately implicated state security agents, likening it to an apartheid-era "dirty tricks campaign" accessed from "state resources".

I suspect that Ramaphosa is both right and wrong. Right in the sense that sitting in the heart of government he must know whereof he speaks.

But wrong only in his lack of imagination and international perspective. Our security services and minister are fast friends with their Russian counterparts. Just on Monday the two countries signed a co-operation agreement on "cyber security". Which is a bit of a laugh given that Russian state-aided hackers are widely known to have created cyber mayhem in the US election last year.

These so-called "active measures" use Russian-backed cyber warriors known as "Dukes" and "Cozy Bears" to "disrupt" their opponents. Among the victims: the Hillary Clinton campaign and that of French President Emmauel Macron who was - during his campaign - suggested to have a secret gay lover and be in the pay of US banks.

Ramaphosa said at the weekend that this covert and well-funded "dirty war" targets those who oppose "the capture of state institutions" and who oppose those who have "benefited from the looting of state resources".

Zuma is hell-bent on the Treasury funding an utterly unaffordable and unfeasible nuclear deal. On Monday, another parastatal, PetroSA - which bleeds losses by the billions - entered into an agreement with Russian exploration company Rosgeo.

Those who have stood in the way of these things have either been shoved aside or are being smeared.

It violates the basic laws of economics, with a near bankrupt treasury and a surplus of electricity due to the recession and the near-zero growth rate, to imagine we can afford this nuclear frolic priced at around R1-trillion. Who benefits, is the question? Or who has the motive for the offence?

The answer: The Russian companies and the local skimmers and schemers, who get their cut.