Where is Shaun Abrahams in our time of need? 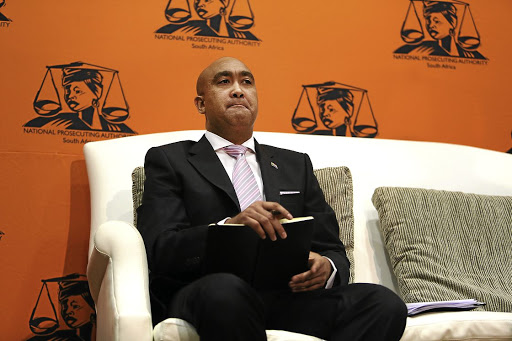 By now our national director of public prosecutions, the man who promised us last year that "the days of disrespecting the decisions of the National Prosecuting Authority are over", should be moaning about the sheer volume of high-profile yet easily winnable corruption cases he is taking to court.

By now Abrahams should be standing on the steps of courts in Tshwane, Joburg and elsewhere giving us updates about the various attempts the NPA is undertaking to bring criminals masquerading as our political leaders to book.

Instead this quisling is sitting on his hands, doing nothing, and bringing shame to our young democracy and its institutions.

Abrahams and his colleagues at the NPA are quiet as the Gupta and Zuma families' thievery is detailed minutely in various reports.

The evidence is there for everyone to see - just go on any newspapers' website and the evidence of corruption and looting at Eskom and other entities is overwhelming.

Yet this spineless man does nothing.

Last week Abrahams was handed a golden opportunity to act. After spending an estimated R30-million of taxpayers' money in the past nine years fighting to avoid court over the 783 counts of fraud, corruption and racketeering charges he faces, President Jacob Zuma finally conceded in court that the decision by the NPA in 2009 to drop the charges was irrational.

Zuma added a nice little trick to the concession so that he could delay action against him for another 10 years.

He said he now seeks to make new representations to prosecutors about why the charges against him should not be reinstated.

Abrahams must tell Zuma to go jump in the lake and must immediately proceed with the case against him. He must show us that he was actually awake and breathing when he said "the days of disrespecting the decisions of the NPA are over". Remember that he said this after announcing that the then finance minister Pravin Gordhan would be charged with fraud. The bogus charges were dropped. Here is a chance to redeem himself.

Abrahams needs to act because his failure to do so adds to a terrible truth about South Africa: That this is a country of impunity.

In South Africa there is no consequence whatsoever for crimes so long as you are politically connected.

Last week nine senior executives from the auditing firm KPMG resigned in a spiraling fallout over the company's involvement with the Gupta family.

Why have they resigned? The firm's international board demanded swift action and found some evidence that the company's actions have been dodgy.

Precisely the evidence that led to the executives' departure should be used by the NPA to bring criminal charges against the Guptas and everyone else involved.

That won't happen. Criminals here know that if you want to steal billions do it here but don't go to the UK or elsewhere. They have consequences there.

They know that law enforcement agencies do not act. The police and the NPA just sit. This malaise is epidemic. What used to happen in the case of Zuma and other connected bigwigs now happens at the lowest levels.

Last week a friend of mine, visiting from the US, took the Gautrain from Joburg to Hatfield. When he arrived there he ordered an Uber, which duly arrived.

The Uber driver was accosted by three meter taxi drivers who threatened him with death. The police and private security were present, but they just stood and watched.

The Uber driver moved away. The meter taxi drivers waited for their next victim, in full view of the police and private security, in the full knowledge that they will not suffer any consequences for their threats and intimidation.

This is where the inaction of people like Shaun Abrahams has brought us. What does he say to his family, to his neighbours, to his friends?

Come on Shaun. Find your heart, find your backbone. Your country needs you. Act!