Nobel prizes awarded while Mzansi debates the decolonisation of science 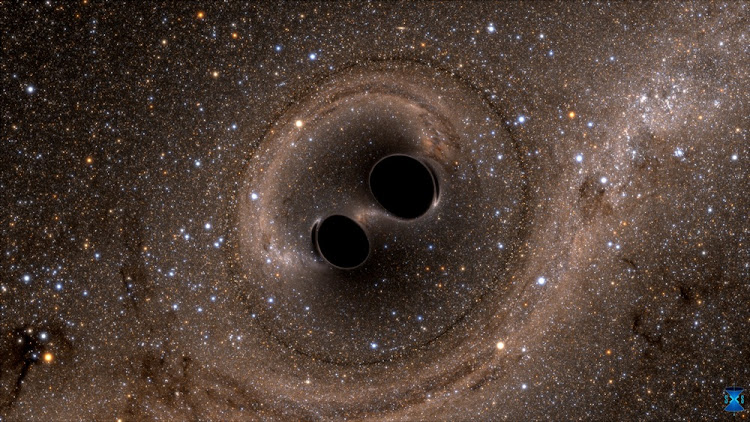 The collision of two black holes—an event detected for the first time ever by the Laser Interferometer Gravitational-Wave Observatory, or LIGO—is seen in this still from a computer simulation.
Image: SXS Project/California Institute of Technology/Handout via REUTERS

This week three eminent scientists won the Nobel prize in physics for observing ripples in space-time called gravitational waves. Another trio of researchers won the world’s most famous award (the Nobel prize for physiology or medicine) because of their molecular-level explanations for the body’s circadian rhythm.

Meanwhile in Mzansi, an Indian speaker was invited to speak at the University of Cape Town about the decolonisation of science. CJ Raju made astounding claims that some scientists, such as UCT’s George Ellis, dismissed as “pure rubbish” according to one report. Several fundamental beliefs held by scientists, the professor apparently argued, should be replaced by the wisdom of the Indian sages.

We have been here before. When former president Thabo Mbeki questioned the science of immunology — for which he had neither the knowledge nor the qualifications — sycophants lined up to defend open-mindedness, free speech, non-conventional thinking and indigenous wisdom. Those who pointed out the dangers to women and children of questioning the efficacy of antiretroviral drugs were dismissed as pawns of the pharmaceutical industry or as having been captured (to coin a word) by Western science.

When a non-science student challenged scientific conventions such as gravity during a UCT seminar on the decolonisation of science, more than a few stalwarts defended her demand for explanations of how lightning could be summoned in a rural community to sort out personal enemies.

Why are we so prone to nonsense? One reason is that we do not have a strong science culture embedded in our communities. Our school system is dysfunctional and a very small percentage of graduates major in the sciences with even fewer proceeding to senior degrees in mathematics or chemistry or zoology.

Large tracts of rural South Africa are beholden to superstition. There are men who believe that sex with a virgin cures Aids, and remember that senior politicians — including a minister of health — peddled home-made remedies for serious illnesses. Small wonder that an unknown couple could convince the cabinet, even if momentarily, that applying political make-up to an industrial solvent called Virodene could eliminate a deadly virus in the blood.

The aggrieved are correct. Science is a human enterprise. It is a product of our cultures. Scientific discoveries and scientific conventions emerge mainly from nations that have made massive investments in research and development both within universities but more and more in private laboratories. It follows, therefore, that a lifetime of experimental research leads to Nobel honours awarded to individuals from rich nations in North America and Europe.

And, yes, those individuals tend to be mainly white and male, reflecting a long history of racial and gender privilege in the sciences. It is also the case, in this narrative of the history of science, that major scientific contributions from mathematics in North Africa to palaeontology in Southern Africa are often overshadowed, if not ignored, by the sheer power of Western-originating science. All true, but you still will break a leg if you believe you can jump from a high tree and fly without wings because of faith in your ancestors.

It’s called gravity. Scientific facts do not change because of the androcentric biases of Western culture or the pungent history of colonial botany in the European possessions.

This is where the decolonisation activists miss a beat. Of course we should question science as a social and cultural enterprise. We must demand greater investments in science and technology. We need to press for more black and women scientists and engineers. We should broaden the parameters of scientific inquiry and ask fresh questions about accepted wisdom when it comes to scientific knowledge. But we should do that on the basis of logic, evidence and argument, and not through populist appeals to human grievances — or by making spurious and untested claims based on nationalistic sentiments or ideological desires.

How business can help alleviate our education crisis

It is the one question I hear most on the speaking circuit these days: How can business help solve our education crisis?
Ideas
4 years ago

These institutional performances around decolonisation are for the most part a distraction from the overwhelming challenges faced by our country. I am envious, as a South African, of these Nobel laureates and that those prestigious awards go to the same people in the same countries every year.

I want to see serious investments by the government and the private sector in crop sciences and the possibility of coming up with novel solutions to world hunger. I so wish our students in urban development and architecture could come up with innovative ideas for replacing shacks with decent housing on a sustainable basis. I would love to see tens of thousands more young people trained in the basic sciences so that they have the fundamental knowledge and skills to understand the natural world in ways that improve the human condition.

Until that happens, please do not jump from trees.