Pride and prejudice: The voices of queer people all over the world are being heard, and noticed

Gay heroes’ fight for freedom was not in vain, but the struggle continues 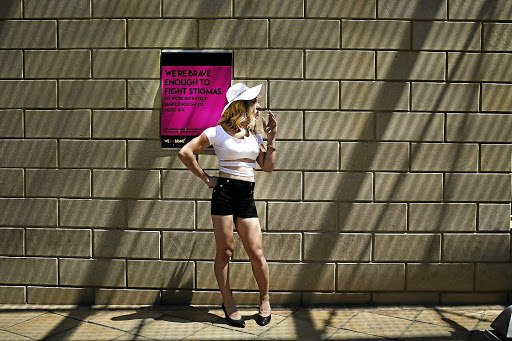 It has been 25 years since African-American transgender icon Marsha P Johnson was found dead in the Hudson River - and almost 21 since South African gay rights and anti-apartheid activist Simon Nkoli died.

The former's life - and mysterious death - is the subject of a new documentary to land on Netflix this past weekend.

Titled The Death and Life of Marsha P Johnson,the almost two hour-long film by David France charts the efforts of Johnson's friend, Victoria Cruz (an LGBTI activist herself), to probe her death.

It follows Cruz's visits and calls to various authorities and interviews with friends and other allies. Those who knew Johnson best still refuse to believe her official cause of death: suicide. Nkoli's was from an Aids-related illness. Both, however, were deemed nuisances in their countries.

Nkoli co-founded the Gay and Lesbian Organisation of the Witwatersrand, which also organised Johannesburg's first Gay Pride march in 1990.

Johnson was at the forefront of the LGBT movement in the 1960s - and what is known as the Stonewall riots, a series of violent confrontations between police and gay rights activists in New York City.

Watching the film this week, just days after watching American queer performance artist and activist Mykki Blanco's Out of This World documentary for i-D, which celebrated South African queer artists and creatives, was a poignant experience.

It was a stark reminder that, while the calendar may change, the toils won't cease. A reminder that Fela Gucci and Desire Marea, real names Thato Ramaisa and Buyani Duma respectively, of the queer South African performance art duo FAKA (featured on Blanco's doccie), may have been born into a more tolerant society than those before them, but the fear is just the same.

Marea touches on it in the documentary, telling Blanco: "I come from a very rural part of KwaZulu-Natal and, although you feel physically safe navigating that space, there is a part of you that's very real - that you know and want to express, and that's never safe."

At one moment you want to celebrate FAKA's pluckiness and every other queer person living openly and fearlessly, and at others you're filled with the dread that total freedom is a fallacy.

Oddly, I found strange comfort in reading Nkoli's letters to his lover at the time, Roy Shepherd, immediately after watching The Death and Life of Marsha P Johnson.

In 1984, Nkoli was detained as one of the "Vaal 22" - a group of church and UDF activists charged with treason.

The letters to Shepherd, which documented life in prison, especially for a gay man, were heartbreaking, yet uplifting and amusing.

"I am taking this situation [detention] as part of life in the struggle for a better society in the future. Remember that there is no easy walk to FREEDOM," he wrote.

And: "I have another idea about launching a new gay association when I get out of prison - maybe a progressive association.

"What will we call it? What about Cosag (Congress of SA Gays) or Nadega (National Democratic Gays Association). Don't you think it's a charming idea? Wait until I come out. Of course, this will be a non-racial gay association. People should start thinking about that ."

The letters were a reminder, too, that FAKA and Mikky Blanco and the millions of queer people all over the world cannot be silenced. Like those who came before, there will always be a way - the light cannot be dimmed and the voices will never be smothered.

That's the ultimate tribute we can pay to the indefatigable Nkoli and Johnson: a life of resilience, audacity and liberty.

Winning on a wonky outfield

A new report, Stateside, conducted by Nielsen found that black women (and their disposable income) were the trendsetters in influencing mainstream ...
Ideas
4 years ago

US television dramas can turn anyone into a political scientist

Have Shonda Rhimes and Olivia Pope (The Fixer/Scandal) made me cynical of politicians, or is Jackson Mthembu suddenly one of us?
Ideas
4 years ago

People's many reasons for not seeking therapy

'The thing is, we all need therapy,' said a friend some weeks back when I asked for suggestions on how to convince someone that therapy is not ...
Ideas
4 years ago

On Manana: Prejudice can be a very queer thing

One of the most memorable quotes I've ever heard being uttered by a sportsman came from tennis icon Venus Williams during her inspiring run at the ...
Ideas
4 years ago