A solution to crime starts with Mbalula 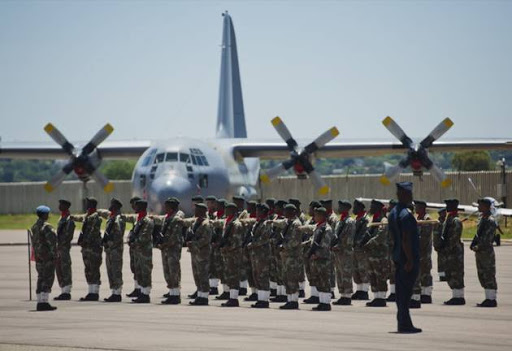 Members of the SANDF during the Mandela Commemoration Medal Parade at the Waterkloof Airforce Base on December 7, 2014 in Pretoria, South Africa. File photo.
Image: Gallo Images / Foto24 / Alet Pretorius

Call in the army! Bring back the death penalty! They're understandable knee-jerk reactions when the consequences of violent crime transgress South Africa's already absurdly elevated level of tolerance. But neither offers a sustainable, sensible solution.

Unless you live in the most gang-infested communities of Gauteng and Cape Town - the ones Minister of Police Fikile Mbalula mentioned when his latest thoughts in the bath made their way into a media release on Tuesday evening - it is impossible to imagine their daily perils and anxieties.

Those communities were created by apartheid and sustained by a regime that thought nothing of putting soldiers on their streets and hanging convicted criminals.

They have lived for more than a generation under a government that has failed, in many respects, to address the difficulties it inherited. Specifically, in this context, the criminal justice system is about as far from a level playing field as it is possible to imagine.

But unleashing the South African National Defence Force - the suggestion this week from Mbalula and Western Cape Premier Helen Zille - didn't fix anything in the 1970s and 1980s and will not do so now.

Unfortunately, there is no quick remedy for what the terror gangs have brought to many communities, but it's true that the solution starts with Mbalula. It involves a well-resourced corps of trained, disciplined, incorruptible police, led by grizzled professionals, who will relentlessly set out to win back the respect of citizens and criminals alike.

That would involve determination, hard work, political will and long-term strategic planning, none of which we're likely to see from Mbalula, so as Zille said yesterday, perhaps the best we can hope for is short-term military intervention. If only to prove, once and for all, that it doesn't work.

If police minister Fikile Mbalula has his way the army will be supporting police in the Western Cape and Gauteng in the next week.
Politics
4 years ago

The deployment of the army in provinces with serious violent crimes will not fundamentally change the situation in the targeted areas‚ the Institute ...
News
4 years ago