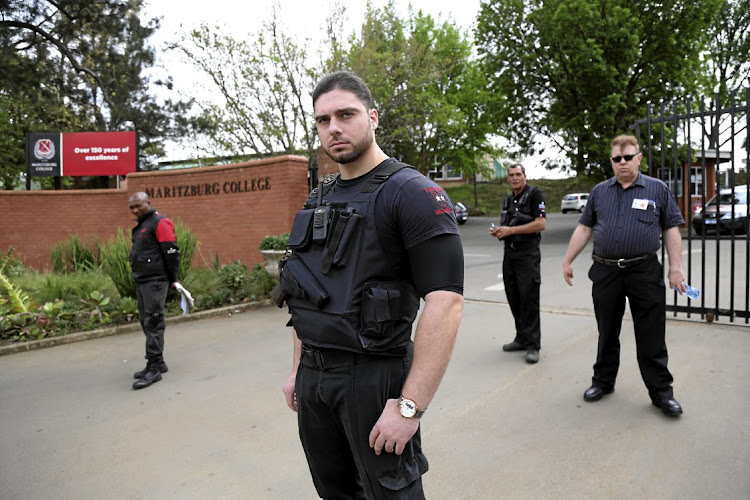 The mind boggles. Three pupils in a Pietermaritzburg high school hold up T-shirts advertising a political party. One of the T-shirts says something about getting the land back. The boys are immaculately dressed in the school outfit, ties and blazers to boot. They were not violent or disruptive. Simply holding up placards.

In a mature democracy, this is what young people do and ought to do - express social and political opinion. In a smart school, you let it slide; hell, a wise principal might even applaud the boys for their courage in taking a stand.

But our democracy is not mature, our schools are not smart, and our educators are not always wise.

So the authorities bring down the full force of the disciplinary code on the heads of these children, citing liberally from the Schools Act.

When will we learn that a legalistic approach to such an expression of free speech is simply wrong and unlikely to gain much traction? Somewhere in 2011 amendments to the Schools Act forbade party-political activities on school grounds or the display of insignia of such parties.

What a ridiculous piece of legislation. Schools, like universities, like any public institutions, are political bodies; simply look at the racial and class inequalities dividing our schools and pretend these are wonderfully apolitical entities.

That point aside, schools are there to teach children the habits of democracy. This includes the right to advance and defend an opinion without fear.

Holding up a poster is, moreover, an expression of free speech. One would expect debates on the land question or the language question in classrooms and that children learn in the process about making public arguments and changing their minds.

If only the language of the catchment areas referred to rainfall rather than residents.
Ideas
3 years ago

How do you shut up a child from a shack who arrived by taxi but sits next to a child whose parents dropped him in a Porsche after the short trip from their golfing estate home? Young pupils should engage with these issues about social injustice as part of teaching and learning in school and society.

When you use the sledgehammer approach to a tiny problem things quickly get out of control. I am sure the school must on reflection regret the course of action taken.

Now the provincial department wants to investigate racism. The leader of the political party named on the T-shirt took to social media to announce a high-profile visit to the school. Make no mistake, this act of protest will be disruptive. Expect parents to keep their children at home for the day.

If the boys were allowed to protest, or even if they were simply ignored, that would likely have been the end of the matter.

It took me two weeks to prepare an hour-long lesson on the subject of refraction for Grade 8 science pupils in a rural township school outside ...
Ideas
3 years ago

There is no question that the university campus protests of 2015-16 have started to inspire social activism, especially at former white, English high schools. Expect such protests to expand across the country.

It started with the hair protests at girls' schools and the exposure of racist teachers at other schools. Something is stirring in schools where the standard for behaviour and codes of acceptable conduct were left unchallenged for decades.

As more and more black pupils from outside the dominant culture come into these traditionally white schools, the politics of protest will become more prominent.

What can such schools do?

First, do not overreact. It is difficult and even humiliating to stand down when the reaction to a grievance is severe. Second, listen to the pupils. Give them the opportunity to express themselves even on long-standing, taken-for-granted practices in the school. Third, try to solve small problems amicably; avoid escalation at all costs.

Fourth, determine what you can agree on: for example, drop meaningless policies such as forbidding pupils to speak languages other than English on the playground.

Fifth, address discrimination openly and honestly. The problem with the St John's teacher was not the terrible things he was alleged to routinely say about black pupils. It was that the institution never acted against the allegations in previous years.

Sixth, accept that some things have to change - a school called Settlers or a library called Malan must be up for discussion and change regardless of how the Old Boys and Old Girls might feel about such one-sided, even offensive, names.

Seventh, change the institutional mindset that sees the mission of the school as accommodating and assimilating nontraditional pupils. Schools belong to all our children. Build inclusive schools that regard all pupils equally with respect to matters of rights, culture and traditions.

Most importantly - change your school in times of peace. You do not want to do so under pressure.