Clearly, tradesmen are too rich to need my money 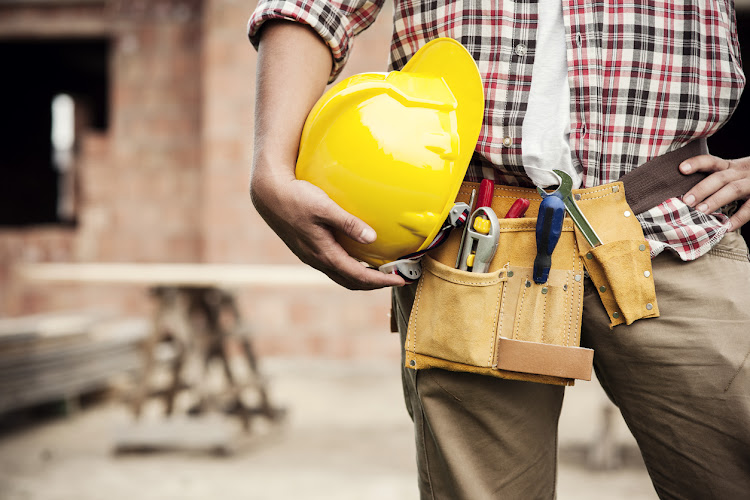 I just want to know why the flooring guys hate me.

I've had my problems with roofing guys in the past - the roofing guys treated me as though they were the Turkish government and I was the proud Kurdish nation, or like they were British Airways flight crew and I was an economy class passenger - but compared to the flooring guys, I would spend the rest of my life locked in a small cage with the roofing guys, half-submerged in a mangrove swamp, and you wouldn't hear a complaint from me.

To explain: I have an old house and they are like people: one by one, things need replacing. First it was the roof, now the floor. The roof experience was so traumatic I delayed the floor for years, and now the floorboards bend and shift; walking to the lounge poses an existential threat.

Finally I decided that the economy had surely reached such a parlous state that even Cape Town flooring guys would be happy for the work and not treat me as a medieval Catholic priest might treat a pointy-tailed stranger in town who calls himself Arnold but keeps looking up from his newspaper whenever anyone says: "Hey, aren't you Satan?"

How much unhappiness and rancour can one person spread?
Ideas
4 years ago

Well, if you're worried about the economy, come to Cape Town and be a flooring guy. Apparently these chaps all have five-storey money bins filled with doubloons in which they roll around like Scrooge McDuck. They have so much cash they need never work again. That's the only explanation for their approach to business.

I phoned one guy seven times. "Can I speak to Donald?" I said to the variety of voices answering his phone. Donald is evidently so rich he hires a small army to take turns to carry his cellphone for him. Donald, they assured me, was not around. Would they take a message? Would they ask Donald to call me? It's about a job. Sure, they said, in a voice that said: "Look, I can't stop you doing this, but don't you have a life you would rather be living?"

"Could you explain to Donald," I said, the fifth or sixth time, "that I'm not Devi from Carte Blanche. I am in fact trying to bring about a situation by which I ultimately give him money." But Donald, it seems, does not like the cut of my jib. Donald has never called back.

Our success and failures cannot be separated from each other

It is fashionable to despair, but we can always exceed ourselves
Ideas
4 years ago

Do you think I am such a rube as to put all my eggs in the Donald basket? No, indeed. I was simultaneously calling Riedwaan and Matthew. A mere five calls each, and they separately promised to come by and give me a quote. We made appointments. I never heard from Riedwaan again. When I called him, I found he had disconnected his phone, that's how keen he was to avoid me. This man would rather shut down his business and be out of contact with his loved ones and quite possibly skip the country and live like a hunted dog than simply come over and let me hire him to do the job he's advertising. It's hard not to take it personally.

Matthew called an hour after he was supposed to arrive, and proudly told me he would be there in half an hour. I bit my tongue. I was desperate. Matthew arrived three hours later, as I was sitting down to dinner.

"Sorry, I left my phone at home this morning," said Matthew, as though it would be unreasonable to expect a man without a phone to have any way of measuring the time.

"But you called me on your phone," I pointed out.

"Oh yes," said Matthew, grinning as though we were playing some enjoyable and flirtatious game.

I sent him away. No matter how desperate you are for a date to the dance, you need to keep some self-respect.

I know people are reluctant to discuss human depravity these days unless race is implicated, so let me observe that my three flooring guys were a pretty neat spread of the three main races available to the Capetonian homeowner. Race, I conclude, is not a factor. There is, however, one common denominator across these three guys, which is why I now send out a plea: if there are any women out there who are flooring guys, I'll bet you're prepared to return a call and keep appointments and conduct yourself without the swaggering arrogance of these oafs. Please, give me a call. I want to give you money.