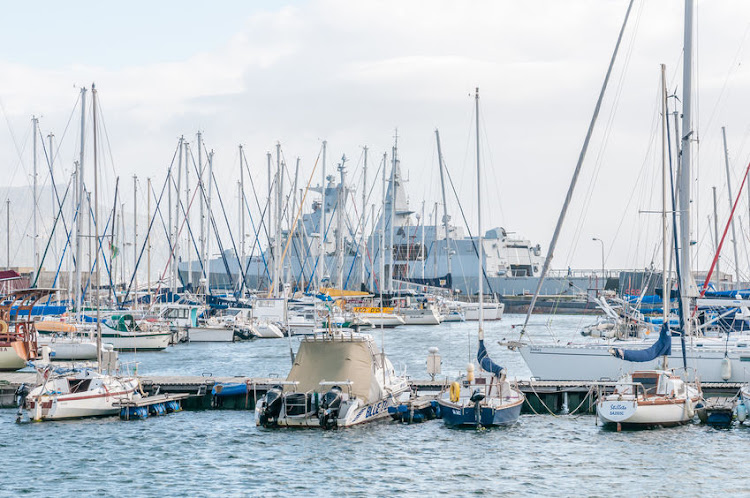 The last time I saw such energy in a room was in a hellfire-and-brimstone Pentecostal church service. One pupil after another came to the front of the packed room to tell the audience how learning in the maritime industry had transformed their lives. You felt the goosebumps spread across your skin.

"I do not have blood in my veins," shouted one of the high school girls, "I have sea water!" Around me, I see tears forming in the eyes of the visitors to the awards evening.

These were high school kids from poor townships and villages stretching from the rural Eastern Cape to the shacks of Cape Town. But you would not know about their dire upbringing from the ways in which Lawhill Maritime Academy in Simon's Town had completely altered their lives. The service was now in full swing and those present seemed one step away from speaking in tongues.

When the shipping line Safmarine and Simon's Town School started this partnership in 1985, even they could not have imagined the many positive impacts of this unique innovation in a largely moribund school system. More than 300 pupils have passed through the academy that prepares young people for the maritime industry, on- and offshore.

Pupils should be encouraged to practise the habits of democracy, not be condemned for it
Ideas
4 years ago

They learn subjects like maritime economics, and nautical sciences, which includes a brand new specialist component in electronic navigation systems. And a new marine sciences subject is on the horizon, combining oceanography and marine biology.

Zolisa, from a poor township, found employment in a large shipping agency in the Cape. John, from a dangerous area of the Cape Flats, found himself at the helm of a modern ship entering Simon's Town harbour for dry-docking. Blondie, an impressive woman from the village of Tsomo in the Eastern Cape, is now an engineer on Royal Caribbean Cruises. Tyrone, a navigation officer on a ship approaching New Orleans, called a nearby ship to find that Pauline, the responding officer, was with him at Lawhill.

How does one school working with mostly poor children from township and rural areas deliver one of the most powerful models of education I have seen anywhere in the world? As the choir sang and the testimonies flowed I started to piece together an answer to that puzzle.

This school is engulfed in a motivational culture. Every teacher and leader in the school "talks up" the children. There are favourite sayings that a teacher is known for. A pupil who speaks is cheered on and encouraged. This tightly-knit group of boarders and resident pupils speak of themselves and their instructors as family. To enter the school is to be swallowed up by an infectious enthusiasm. It works.

If only the language of the catchment areas referred to rainfall rather than residents.
Ideas
4 years ago

It is clear that the motivational power of the school is the direct link between classroom life and the world of work. You not only learn navigation in the classroom, you "do" navigation on large ships whether from Cape Town to Simon's Town or on super yachts in Italy, where Lawhill has a partnership with the Marine Inspirations Programme. These upbeat pupils can literally see the job opportunities available to them as they look down on the coastline from their classrooms.

Researchers have shown that motivated students have a better grip of the subject matter and are more likely to pass than unmotivated youngsters. Which raises the question: how does one build motivational cultures in schools?

You need an inspirational leader like Debbie Owen, head of the centre, whose life is committed to disadvantaged youth for whom a career in the maritime industry was not a known choice as they came through school. Owen so obviously loves these pupils and her very presence lights up the school.

Enthusiasm does not, however, deliver dozens of distinctions for the small matric class. You have to back it up with competent teachers, relevant learning and uncompromising standards. The success that results strengthens the motivational culture of the school.

As I watch the older retired captains of ships distribute scholarships to the top pupils, some of whom they also teach, there was another special South African moment. These white men were turning over their expertise and their gifts to young, black students who would in time replace them in the maritime industry.

In the midst of a national meltdown because of government corruption and dysfunctional schools, Lawhill Maritime Centre reminds us what our country still can become - without any direct state funding.