Main actors in Zimbabwe's 'coup' are the problem, not the solution

A country of false dawns and dashed hopes since 1980 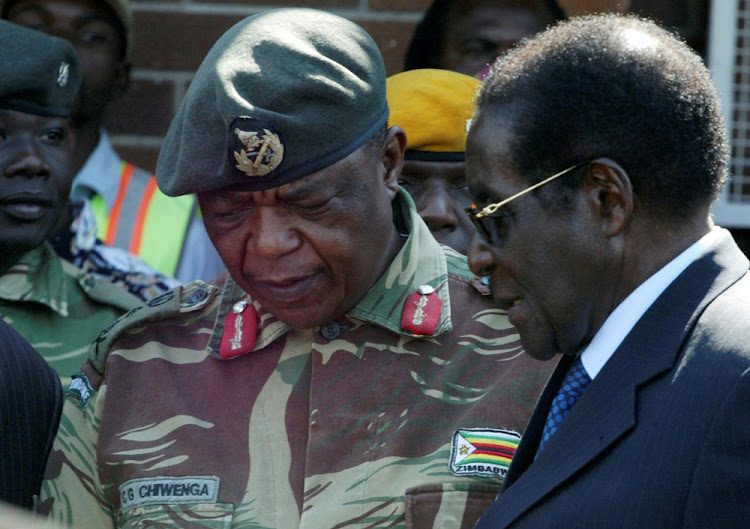 It is tempting to jump for joy and ululate with the oppressed people of Zimbabwe. For decades they have been brutalised by the regime of Robert Mugabe. On Saturday, as millions of jubilant Zimbabweans flooded the streets of Harare and other centres, hugging soldiers and thanking them for finally acting, tears rushed to one's eyes.

As the images of the masses flooding into Harare were beamed across the world it was tempting to say that finally a new uhuru (freedom) had arrived in Zimbabwe.

It would be foolish to do so. Zimbabwe has been a country of false dawns and dashed hopes since Mugabe took power in 1980. Nearly four decades after it gained its freedom and inspired us here in South Africa to soldier on, it remains a country for and of old men. It is in the grip of these old men. It cannot shake them off.

That is why events of the past two weeks in Zimbabwe need to be viewed with caution and scepticism, but not a loss of hope. Freedom is coming to Zimbabwe, yes. But it will not be brought by the fired and soon-to-be-reinstated vice-president Emmerson Mnangagwa. It will not be brought by General Constantino Chiwenga, the man who led the army in its actions last week.

Bob off? Mugabe’s former minions give him treatment he so often doled out

Is it over? Zimbabwe's notorious and feared long-time ruler, Robert Mugabe, at the age of 93, was fired by his own Zanu-PF party on Sunday, exactly ...
News
4 years ago

These are the old men who, with Mugabe, have terrorised Zimbabwe and its people for 37 years. They are the problem, not the solution.

Mnangagwa has been a member of the Mugabe inner circle since liberation. In the 1980s Mugabe and his regime sent troops to Matabeleland, allegedly to quell insurgents aligned to Mugabe's rival Joshua Nkomo. A curfew was imposed, communities were starved, people were murdered in their thousands - all this done by the very army that today says it is against Mugabe's wrongdoing. Surrounding Mugabe were the likes of Mnangagwa and Chiwenga.

In the 1990s Zimbabwe fell ever deeper into economic, political and social despair. It was at this time that the judiciary and other institutions were stripped of their independence. Judges fled. Young people who dared raise their voices were arrested, tortured and harassed. It was a harbinger of worse things to come.

Mnangagwa and the military may mean more bad news for Zimbabwe

The military has taken control of the national broadcaster, troops are in the streets and the president is being held in a secure environment. All ...
Opinion & Analysis
4 years ago

The 2000s saw an even more arrogant and power-mad Mugabe. The 2002 election was stolen through violence and coercion. The period immediately afterwards was horrific: journalists were driven out of their homes and jobs, newspapers were shut down and opposition voices fled to South Africa and elsewhere. These atrocities happened while Mnangagwa was Mugabe's strongman.

Mnangagwa is a mini-Mugabe. He was Mugabe's security chief during the 1980s when the Matabeleland massacres took place. The army chief Chiwenga is worse. He may be the chief of the army in Zimbabwe but he is not a soldier of the people - he is a Zanu-PF enforcer. In 2008, when it became clear that Mugabe was losing the parliamentary elections to the MDC's Morgan Tsvangirai, Chiwenga said he would not salute the opposition leader if he became president. Is this someone paving the way for a democratic dispensation? No.

These two men carried out the "coup" of the past week to continue Zanu-PF's looting and patronage of the past four decades. They did not do it for the millions of people who flooded the streets on Saturday.

What now for Zimbabwe? This is a country that can be fixed very quickly. That, however, will depend on whether the departure of Mugabe will usher in a genuine democratic dispensation.

Mugabe will go. Zimbabwe's journey remains uncertain. The road to a great Zimbabwe will be longer than many of us expect and it will be full of twists and turns. The struggle now is to ensure that power moves from Mugabe to a transitional structure - with tight deadlines - swiftly. Then on to a new, open, genuine democracy that waves goodbye to the "old men" and old ways around Mugabe. A new beginning needs new leaders and new thinking - not Mnangagwa, Chiwenga and their cronies. That new beginning with new leaders is the goal for Zimbabwe.

On Saturday opposition leader Tendai Biti tweeted: "Tomorrow might be a nightmare BUT today we breathe freely."

Sadly, it is not yet uhuru for Zimbabwe. Handled badly, the country's tomorrow might yet be a nightmare.