Recipe for success: Read to your children and put books in your home 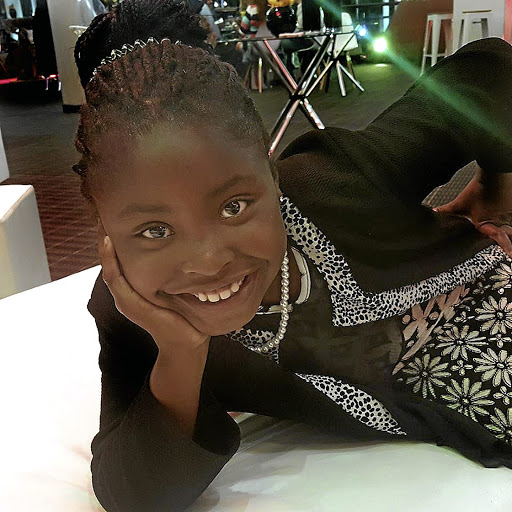 When you are writing your sixth book at the age of eight, you deserve to be chosen as one of the top 10 youngest authors in the world. I was privileged to share a speaker's platform with this young genius at last week's Volkswagen literacy conference in Uitenhage where she sat behind me with a smile that could melt an iceberg.

Michelle Nkamankeng is a pupil at Sacred Heart School in Observatory, Johannesburg, who impressed everyone in this small Eastern Cape city with much more than her fluency in language - it was her confidence, her vivid imagination, her ease in making conversation with adults, her sense of poise, her modesty, her work ethic and her clear views about the future. Who makes children like this?

The national literacy data is truly depressing. One study found that 58% of Grade 4 pupils and 67% of isiXhosa pupils cannot read for meaning - they do not understand what they are reading. As Nic Spaull, the talented reading researcher at Stellenbosch University, put it: "If the wheels come off in the first three years it does not matter what happens later in school."

In other words, if you cannot learn to read in the first three years of schooling you cannot read to learn in the remaining years.

So why does Michelle, the prolific author, defy these statistics? Well, it begins in the home, long before the child gets to school. The other day I watched a mother interact with her 16-month-old baby. She had a brightly coloured book with a small ladybird in different positions on each page. "Where's the ladybird?" asked the mother in an excited tone. The little boy, still in nappies, would run his eyes across the page, point excitedly to the ladybird, and there would be whoops of joy as mother and baby celebrated the discovery.

Will the Bela bill help improve our schools?

Bela is driving parents crazy. One source claims that 100000 parents have signed a petition against the Basic Education Laws Amendment Bill recently ...
Ideas
4 years ago

I carefully watched the baby's response as the mother turned each page; he could not talk as yet but his fast-growing brain was being stimulated through this very powerful act of learning.

The baby was learning to associate sound and object; he was learning to identify an everyday insect; he was experiencing positive feedback on getting the right answer; and he was "reading" a book while bonding with a significant adult in his life. Every day without fail the young mother would read an interactive book to her child. By the time this little boy gets to school he will have a huge advantage over children from homes where there are no books or where the parents are illiterate or where the mother or father are simply too busy to read to their child.

The child will fall even further behind if she finds herself in a school without books or where the teacher's literacy levels are not very high. You cannot get children excited about reading books, I told the teachers at the VW conference, unless you are an active and enthusiastic reader of books. But how many of our teachers are reading-literate at the grade levels which they teach? I suspect that if we did such tests - as was done with mathematics - the results might be truly embarrassing.

Small wonder many students who eventually show up at university have never read a book from cover to cover and, worse, some of them will graduate never having mastered the content of a single textbook. So the literacy problem compounds itself in non-reading families, schools and communities from when the child is in nappies to when they walk across the graduation stage.

There is speculation that President Jacob Zuma might announce free higher education across the board.
Ideas
4 years ago

So how do we respond? We get angry? At regional and national book fairs where we engage in that tired complaint - the audiences are too white. At universities white textual authorities are targeted for what is clumsily called "decolonisation". In communities and on some campuses, we burn libraries.

Young parents are often ambitious for their children. Here's what you can do. Read to your child. Put books in your home. And take a good look at Michelle Nkamankeng. Here is the future - young, black, bright and committed. No excuses for this young woman. She picks up the pen and writes her own stories with beautiful illustrations of black characters for consumption by the next generation of readers and writers.

"Where do you get your inspiration?" I ask the young whizz kid during a spontaneous interview at the back of a minibus on the way to the airport. "Not your mother?" I push. "My mother," muses Michelle, "is an up-and-coming writer." Mom, sitting in the front seat, can barely contain her laughter.