December 16 conference is about stopping Zuma and his lackeys 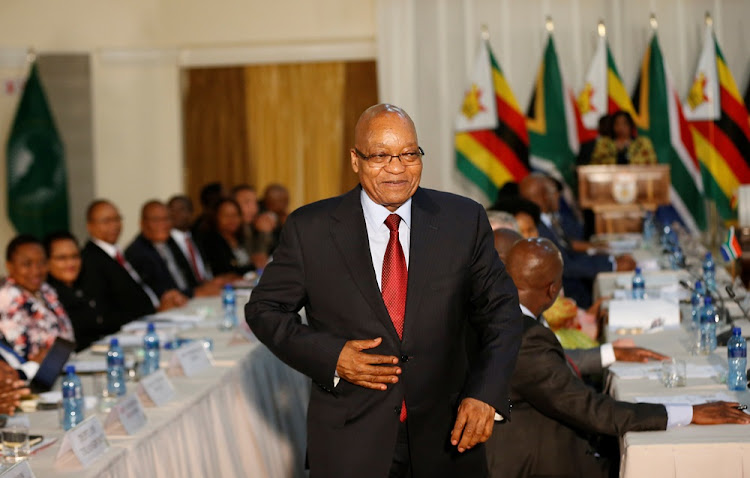 There is nothing I will tell you today that, in your heart of hearts, you don't already know. You know that your comrade Jacob Zuma has made you, and all of us, poorer.

Your children, nephews and nieces are unemployed. He has taken unemployment to its worst levels since 1994. Next year, on Zuma's watch, unemployment will rise to 28% for the general populace and a staggering 52% among youths - worse than it was when Nelson Mandela became president 23 years ago.

Stats SA revealed in August that 30million South Africans were living in poverty in 2015. This number had been on the decrease until 2011, when the Zuma administration finally got its hands on the levers of power.

Comrade ANC delegate, those 30million people are your people. They are black people.

We know that in the past 10 years Zuma has built a criminal network that stretches from the Treasury and Public Enterprises Ministry through to the communications department and local government.

And you don't need any evidence to know that Zuma himself is dressed, fed and instructed by the Guptas. In him they have found their baas boy.

Ten years ago this week your comrades arrived in Polokwane in Limpopo, with anger in their hearts. They wanted to get rid of Mbeki. Inexplicably, they blamed him for Zuma having slept with and most probably raped a vulnerable daughter of his friend.

They also blamed Mbeki for having fired Zuma, who had taken bribes from Schabir Shaik and others to crook the controversial arms deal of the late 1990s.

Zuma was portrayed as a victim, a child-like innocent person manipulated by Mbeki. What a lie.

In their anger, their myopia and their mob mentality, your comrades voted Zuma into power and ushered in the worst presidency of the post-apartheid era.

The record is there for all to see: on every conceivable level the country has slid so far behind its peers that we have become a joke.

Our children cannot read and do not have proper toilets; we cannot deliver textbooks and we kill mentally challenged people, such as those we moved from the Life Esidimeni to unlicensed facilities. We kill mineworkers and the president still cannot utter the name Marikana.

Dear ANC delegate, last week your comrade and former deputy finance minister Mcebisi Jonas said your conference is no longer about choosing the party's next president. "Those going to December 16 [conference], you are going there to save the country," he said.

Your secretary-general Gwede Mantashe has said this conference is about life and death. They are both right.

Zuma has disgraced the ANC and is destroying South Africa. You now have the chance to remove his dirty fingers from the levers of power and reassert the supremacy of the ANC. You can remove not just him, but also the roots he has embedded in your party.

ANC 'unity' a ticket to loot

There will be many blandishments this week. People will offer you dirty money. Others will tell you that umdlwembe (provocateurs) and others will claim it is an attempt to hijack the revolution. They are lying to you. Zuma has already sold the revolution. His record is right in front of you.

Why, then, would you vote for his chief lieutenants - Ace Magashule, David Mabuza, Maite Nkoana-Mashabane and Jessie Duarte, for example - if you want to return the ANC and South Africa to winning ways? If these are the people you vote for this weekend, then say goodbye to power and to the ANC.

This is it. There won't be a second chance.