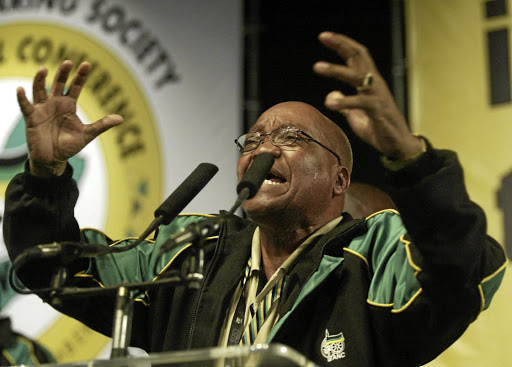 Given President Jacob Zuma's legal track record, he must be getting extremely nervous about what might happen once he no longer controls the levers of power - something that could happen as early as next week.

His latest defeat, on Wednesday, was the most humiliating, which says a lot in view of the fact that the Constitutional Court has previously found that he failed in his duty to uphold his oath of office and the constitution of the republic.

Handing down judgment in the High Court in Pretoria, Gauteng Judge President Dunstan Mlambo said Zuma had shown "flagrant disregard" for the constitutional obligations of then public protector Thuli Madonsela in his "reckless" attempt to obtain an interdict in October 2016 halting the release of her report on state capture.

So deep was the full bench's disgust with Zuma that it took the unusual step of ordering him to pay his own costs for the interdict application - the first time a South African president has been sanctioned in this way. Talk of impeachment began swirling almost as soon as Mlambo left court.

Meanwhile, as Madonsela decreed just over a year ago, Chief Justice Mogoeng Mogoeng will now appoint a judge to run a fully-funded state capture inquiry that must wrap up its work within six months.

In his 3141 shameless days in office, Zuma has done his level best to turn South Africa into a failed state. It is only thanks to the likes of Madonsela, Mlambo and numerous others with courage and integrity that his ruinous project has failed.

For South Africa in 2018, without Zuma's toxic hand on the tiller, the only way is up. Now is the time for all good men to come to the aid of the country. As for the party Zuma leads, Wednesday's ruling makes the rescue job they face look like mission impossible.