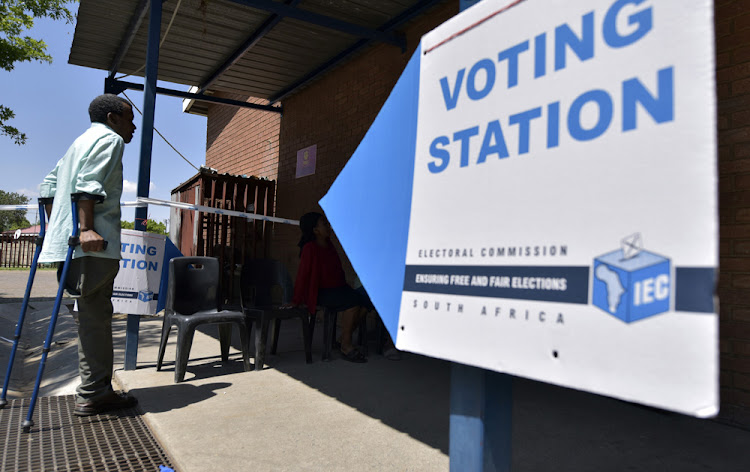 With elections around the corner, opposition parties are all at sea.
Image: Gallo Images/Felix Dlangamandla

These are confusing times for South Africa’s political opposition. A national election is due in just 17 months and most, if not all, these parties are incoherent, befuddled, leaderless and largely irrelevant.

They face a conundrum. The election of Cyril Ramaphosa as ANC president, and the possible removal of Jacob Zuma as state president (the axe may fall on this embarrassing ignoramus as soon as January 18 at the ANC national executive committee meeting), removes one of their main campaign points from the national discourse.

As this crucial bloc in their arsenal is removed and a resurgence in the ruling party’s fortunes is expected, the opposition seems to be flailing about in an uncoordinated and visionless manner. They are being exposed as lacking in strategy and tactics.

Take the EFF, for example. On Saturday, at exactly the same time as Ramaphosa took to the stage to deliver his January 8 speech, the party’s supporters stormed H&M’s shops across the country. They vandalised property, trashed shops, scared off workers and shut down malls.

AfriForum to lay charges against EFF leaders after H&M vandalism

No one has been arrested for trashing H&M stores across Gauteng at the weekend‚ said Gauteng provincial police spokesman Colonel Lungelo Dlamini.
Politics
4 years ago

H&M is a serial delinquent on the racism front. In 2015, launching its stores in South Africa, it used white models because it said it wanted to portray a “positive image” for its brand. Last week social media exploded in anger against its racist “monkeys” advertisement. Its response was anonymous, tepid and insensitive. This is a company that needs to be confronted until its DNA understands what violence it unleashes with its racist actions.

Don’t be fooled into thinking that this is what the EFF was doing. Just as it did in 2014 when it handed a house to a poor neighbour of Zuma’s in Nkandla while he delivered the January 8 statement, this was a cynical publicity stunt by the EFF. The aim was to get attention — and it did. The aim was to embarrass Ramaphosa — and in that the EFF failed dismally.

Here is the thing: South Africa is an open, nonracial democracy where the EFF can contest power, win it and do as it pleases with that victory, including banning racist companies. Nothing in this free and open democracy gives the EFF the right to behave as it did on Saturday. Only political desperation warrants their actions. Which, truth be told, is what the EFF is becoming in the wake of the Ramaphosa resurgence. It is desperate.

Cape Town mayor Patricia de Lille returned to work on Monday having won the first round in her battle to keep her job‚ but the heat is still on her.
Politics
4 years ago

The DA is in an even worse position. The DA met its coalition partners in Johannesburg on December 6 to assess their performance where they collectively govern the cities of Tshwane, Joburg and Nelson Mandela Bay. They said at the time that whoever the ANC voted in as its next president was immaterial.

They are plain wrong. The centre-right DA is in mortal danger from an ANC leader (Ramaphosa) seen as more credible and middle of the road than Mmusi Maimane or the entire DA. It does not help that the DA is mired in major infighting in Cape Town and is behaving in secretive, even undemocratic, ways in the scandals engulfing its Cape Town leadership. Right now the DA seems rudderless and leaderless.

If Ramaphosa acts decisively on Zuma in the next few weeks and begins to rebuild the economy, the opposition will have a very hard time pushing back against a reviving ANC.

The “radical” EFF finds itself undermined on a policy level. The ANC has appropriated the #FeesMustFall movement with the free education announcement and now has adopted the radical-sounding “land expropriation without compensation” policy. Julius Malema and his cohorts have responded with “occupation” of universities — and have to take the blame for the stampedes that have taken place and are yet to take place at other centres.

If Ramaphosa acts decisively on Zuma in the next few weeks and begins to rebuild the economy, the opposition across the board will have a very hard time pushing back against a reviving ANC.

That is not something to be celebrated. A declining opposition would be a huge reversal for South Africa. The reason why the Zuma years lasted so long was partly because the governing party remained convinced that there would be no electoral consequence for its president’s misdeeds.

Although the opposition’s triumphs in the metros in August 2016 were significant, a better showing at national and provincial level would underscore a more accountable and stable multiparty democracy. How the opposition parties respond to the Ramaphosa phenomenon will be key. Failure to craft a convincing alternative message will lead to the return of a stronger and more powerful ANC. Nice for the ANC, of course, but disastrous for our multiparty democracy.