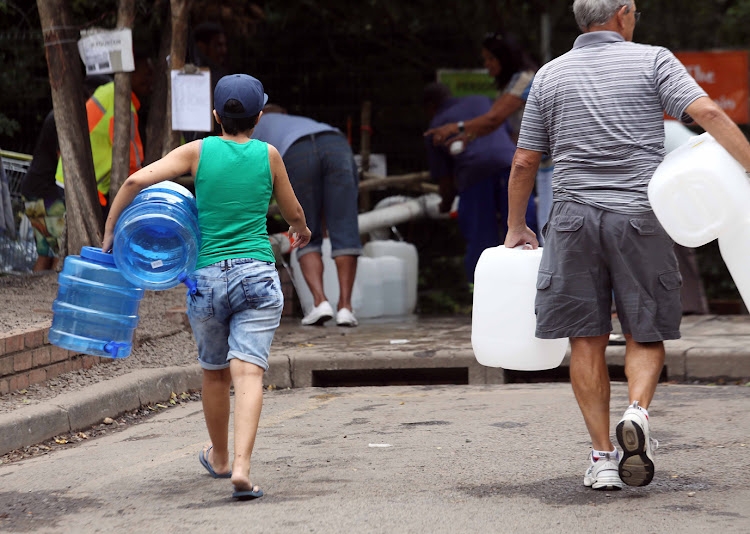 On Monday, this website and its affiliates ran a startling headline: "Zille takes charge: Day Zero bigger than WWII and 9/11, says premier".

This stunning assertion was screengrabbed and dragged triumphantly through the dusty streets of Twitter as yet more evidence of the hyperbolic rhetoric and distorted view of history that has seen Helen Zille more or less gagged by the DA.

Except here's the thing: Zille didn't say those words.

Those who read 12 paragraphs into the report discovered a substantially different claim: as things stand, Zille had written in an online column, “the challenge exceeds anything a major city has had to face anywhere in the world since the Second World War or 9/11."

Helen Zille is sailing into action as Day Zero looms — and says the challenge is greater than World War 2 or the aftermath of 9/11 in New York City.
Politics
4 years ago

Now, a few things have gone wrong here. Firstly, it seems Zille has briefly forgotten about major cities called Sarajevo, New Orleans and Aleppo, each of which has faced "challenges" in the last 30 years that, one might argue, rival that faced by Cape Town.

But the third mistake - a subtle but destructive warping of Zille's words - is important.

I've made mistakes as a columnist. Just recently this website had to retract one of my pieces because I'd got important facts wrong. It happens.

But as time runs out for Cape Town, "it" needs to happen as little as is humanly possible. We in the media cannot be doing accidental harm to the only thing anyone can control right now: the clarity and quality of the information passing from leaders to citizens. God knows the information has been murky and brackish enough.

If you’re wondering why any of this is a problem, consider what’s happening right now: I’ve just written 250 words about something Helen Zille didn’t write, in the hope of putting out a distracting fire started on social media by people who can’t be bothered to read (among them, incidentally, at least one journalist). I haven’t told you a single one of the extremely sobering facts and figures Zille actually wrote. (If you’re feeling strong enough, read it here:

From the Inside: The Countdown to Day Zero | Daily Maverick

Granted, this is a minor derailment. One news report, a few Tweets and a think-piece about them have hardly thrown a spanner in Zille’s agenda.

But right now, I would argue, even a minor derailment is dangerous.

To be clear, I’m not calling official statements to be swallowed uncritically or for Zille’s columns to be regarded as gospel. I am still aghast at the City’s non-response to Day Zero, telling us that it can be averted only if water consumption is reduced, while simultaneously suggesting it cannot or will not police said consumption.

I also remain as confused as the rest of Cape Town about who’s actually in charge.

Cape Town is already deeply anxious: anger will follow. And I don’t mean entitled peevishness. I mean the stuff that sees people on collection lines getting stabbed or trampled, or petrol bombs thrown at police lines.

On Saturday, after I pointed out that Mmusi Maimane had tweeted about the crisis only once this year, he dashed out a hasty tweet featuring a photograph of a bucket containing a few centimetres of grey water, following it up with a reply to me reading, “I take note of your tweet. I have allowed the Mayor to communicate on this issue. It’s critical that we have focused message. What’s crucial is that we must all contribute to restrictions. 50l per person. So I have amplified those tweets. We now take control.”

It was good of him to reply and important that he repeated the 50-litre dogma, but as focused messages went, this needed work. Patricia de Lille had been removed as drought commander-in-chief a day earlier and replaced by deputy mayor Ian Neilson and MMC Xanthea Limberg, so “allowing” de Lille to comment was confusing. And then, 48 hours later, Zille had taken over, leaving us none the wiser, except now stalked by the sort of anxiety children feel when there are urgent, muffled words in the room next door and then someone shouts, “Fine! I’ll do it myself!” and then a door slams.

Here’s what we know about the Cape Town water crisis right now. From February, Capetonians will be urged to use 50 litres of water per person per ...
Ideas
4 years ago

After 200 years of making beer‚ Newlands Brewery in Cape Town is going into the water business.
News
4 years ago

Right now, we cannot afford muffled arguments behind closed doors or misquotes that undermine the small amount of trust we still have in Cape Town’s leadership. We need facts, as straight as we can get them.

I’m not being facetious about the psychologists. Cape Town is already deeply anxious: anger will follow. And I don’t mean entitled peevishness. I mean the stuff that sees people on collection lines getting stabbed or trampled, or petrol bombs thrown at police lines. Water is a primal need, and primal emotions are being triggered.

So, psychologists? How do we start preparing? Is there some way to short-circuit our animal fears and build our resistance to anger? Is there something we can do to start practicing solidarity rather than selfishness? How do we do this right?