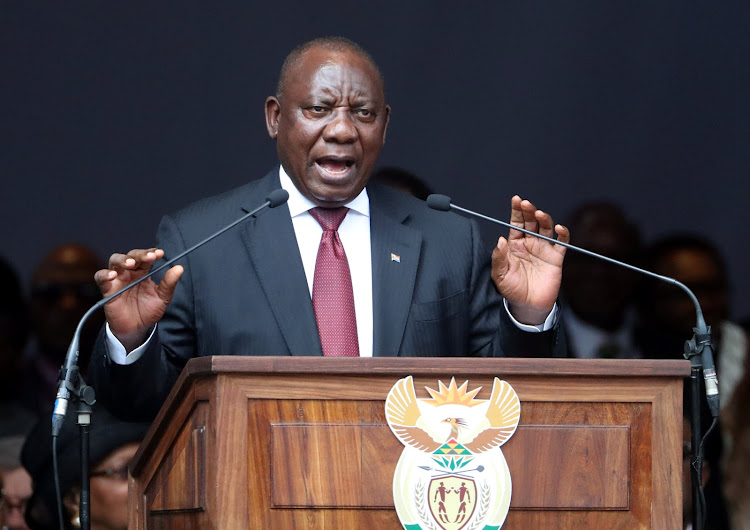 President Cyril Ramaphosa delivers the eulogy at the funeral of Winnie Madikizela-Mandela at the Orlando stadium in Soweto on Saturday.
Image: REUTERS/Mike Hutchings

The past is no longer what it used to be. Time was, the past was a straight line. There were good guys and there were bad guys. The apartheid monster was exactly that – monstrous.

And the African National Congress was noble, shiny, valorous and, well, always right.

The past could be relied upon to weave magic. Come election time, you could haul out your stalwarts and your glorious achievements and parade them before the adoring populace. The ANC did not need posters and complicated political messaging. The past was always there to do the hard work.

Winnie Madikizela-Mandela’s death complicates all that. As she was laid to rest, some of our heroes were remembered not as such great heroes anymore while some villains got a second lease on life.