Why Trump is suddenly so keen on the SA land debate 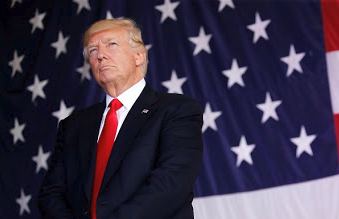 President Donald Trump of the US is a man on fire. The word “impeachment” is being thrown about rather loosely all over the capital, Washington DC, this week. The name Richard Nixon, the man who resigned back in August 1974 to avoid almost certain impeachment because of the Watergate scandal, is on every television talk show host’s lips.

Trump’s Waterloo has been written about ad nauseam these past 500 days. He has confounded critics and survived. Yet on Tuesday afternoon his scandal-wracked administration found itself in real danger when Michael Cohen, the president’s former lawyer and fixer, pleaded guilty to eight crimes in a Manhattan federal court.

Senior Democrats have been reluctant to speak of the possible impeachment of Trump in the past, but this week it was open season.

It is in this context that one has to analyse Trump’s decision to suddenly think of Africa and tweet about land expropriation without compensation in SA.