The minister, the hacked phone and the leaked sex video 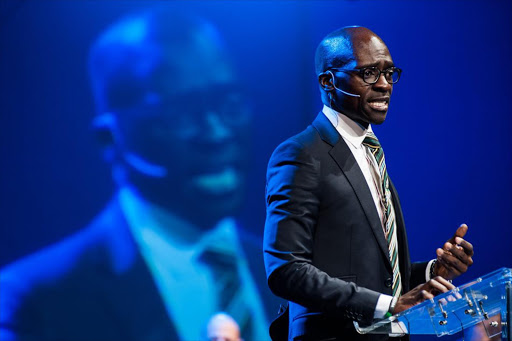 Malusi Gigaba has apologised for a sex video depicting him in a sexual act.
Image: Waldo Swiegers

The recently leaked sex video of Home Affairs Minister Malusi Gigaba continues to make headlines, with conversations around whether Gigaba should be apologetic or not.

Some have argued that the video was for private use and is a private matter. Stern warnings about the legal implications of sharing or distributing the video have also being voiced. In his apology posted on Twitter on Sunday, Gigaba said the video was meant only for his and his wife's consumption.

My wife and I have learned, with regret and sadness, that a video containing material of a sexual nature, meant for our eyes only, which was stolen when my communication got illegally intercepted/my phone got hacked, in 2016/17, is circulating among certain political figures...

The minister has made no mention of when the video was produced but we can conclude it was on his phone as early as 2016. So yes, it's of a personal nature. But it's also unsettling that, as recently as two-years ago, a person of the minister's caliber would think it wise to store sexual content, that includes him as a participant, on his phone.

He is a powerful figure within his own organisation, a somewhat controversial one at that. It's safe to say his counterparts, and many on the opposition benches, would love nothing more than to get their hands on his phone and spend time scrolling through its contents. As such, it's reasonable to think the minister would be especially cautious about what he saves on his communication devices, whether personal or state-issued.

Gigaba's sexual and moral choices aside, one expects certain basic security considerations regarding communication to apply for officials at a senior, national level. As Minister of Home Affairs, Gigaba is privy to sensitive information that not only pertains to him directly, but also to his role and responsibilities in his service to his country and to us, South Africans.

There's another argument that the leaking of the video is not only of a private nature, but isn't even newsworthy considering no state money is involved. Well, not that we know of. The minister's spokesperson, who he appointed in a private capacity, claims that the video was leaked by an opposition politician.

the @mgigaba video was leaked by an opposition leader who obtained it from an mp of his party from umzimkhulu who, in turn, obtained it from a guy who was previously implicated in the failed attempt to blackmail the minister... all social media rumours to the contrary are false!

So, it all boils down to naivety, really. That "innocence" makes many feel uncomfortable. How much information is safe in the hands of Malusi Gigaba? What else was on his phone that the so-called blackmailers had access to?  Did he pay the blackmailers at all? How far did the blackmail extend? Was this just about the video or is there more? Why did the blackmailers sit on it for so long?

And why, if the minister claims to know who leaked the video, has he not named the guilty?

One thing is clear, this story is going to have many more narratives emerging. Whether we'll eventually get the full truth is a different story.

Ntokozo Miya is a TimesLIVE journalist