TOM EATON | As his address looms, Ramaphosa has a tough question to answer 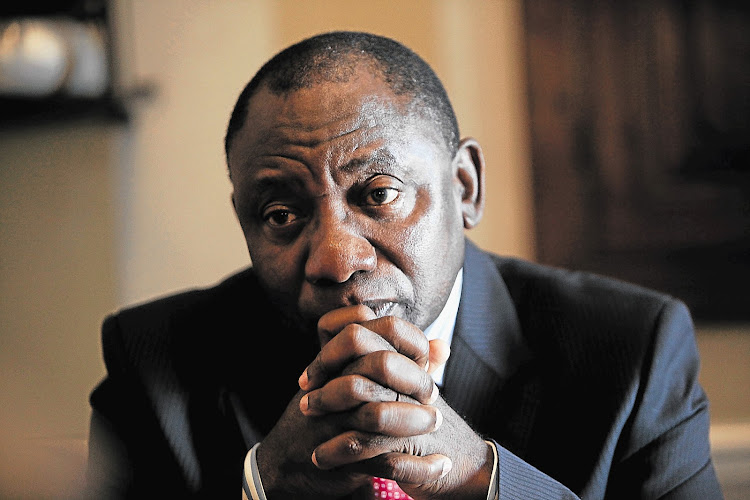 Weeks have become days. Soon days will become hours. But instead of bringing relief, the onrushing end of the national lockdown is looming over the country like a cloud, asking the terrible question that Cyril Ramaphosa will have to answer: do we risk people dying of Covid-19 or risk them dying of the myriad lethal consequences of deepening poverty?

No doubt Ramaphosa and his advisers are frantically looking for something between those two: an option that allows a relaxing of the lockdown, and therefore prevents the pilot-light of economic activity from being snuffed out completely, but that still limits the movement of people and the amount of contact they have with each other.

It’s a hellishly difficult equation to solve, but fortunately it seems that, despite the best efforts of Bheki Cele and Stella Ndabeni-Abrahams, public sentiment still seems to back the president and his less arrogant colleagues. For now, Ramaphosa’s only enemies seem to be time and the virus.

Those making educated guesses seem to be suggesting that an extension of the lockdown in its current form is more or less impossible. There are millions of South Africans who will not survive three more weeks of economic cardiac arrest.

On the other hand, I see many people worrying that ending the lockdown or even relaxing it is premature. Most South Africans have been admirably self-disciplined over the past two weeks, but as soon as we’re given even a sniff of a return to some sort of normality — as soon as that surface tension of self-denial is broken — I can imagine many people dropping straight back into life as it was, perhaps with fractionally more handwashing.

Then again, in a week from today South Africans might be too alarmed to want to leave their homes.

Until now, SA's daily tally of infected and dead has been startlingly low. The slow creep of those numbers, and the recent flattening of our curve, has inspired many on social media to suggest that SA will get off lightly. But the fact is that our current numbers are almost entirely meaningless, given how little testing has been done.

At the time of writing, 63,776 tests had been completed. That’s 0.1% of the population. If that's hard to imagine, picture Ellis Park or the Cape Town Stadium packed to capacity. The number of people who have been tested, as a proportion of people in one of those fully packed stadiums, is about 60. That's the queue to the toilets. It's nothing. Anything extrapolated from a sample that small isn't science but speculative fiction.

Health minister Dr Zweli Mkhize has promised that once mass testing gets under way, his legion of health workers will be carrying out 30,000 tests a day. That's still a fairly small number — to put that in perspective, at that rate it would take about five years to test every South African — but it will also provide a slightly clearer picture of where we stand. Inevitably more tests will reveal more infections, and, regardless of whether they reveal a faster or slower rate of infection, the raw, crude tallies will increase dramatically.

Which brings us to next week and the question of what happens next. It’s possible that those suddenly large numbers will alarm many South Africans into calling for extensions to the lockdown, or at least inspire them to be ultra-cautious if the lockdown is relaxed. But we don’t know, because right now, anything not being discussed at cabinet level or by health care professionals is speculation.

We can hope. We can worry. We can crunch our own numbers at home, and agree with numbers crunched by optimists, pessimists, pragmatists and conspiracy theorists. But until the results of mass testing are rolling in, we should try to resist the urge to take a position and demand that the state acts according to that position.

It’s hard to wait and see. It feels passive and impotent. But that’s our job for next seven days. That, and thanking all the gods that we don’t have Cyril Ramaphosa’s job.