Nothing about us, without us: Characterising the crisis of the ANCYL 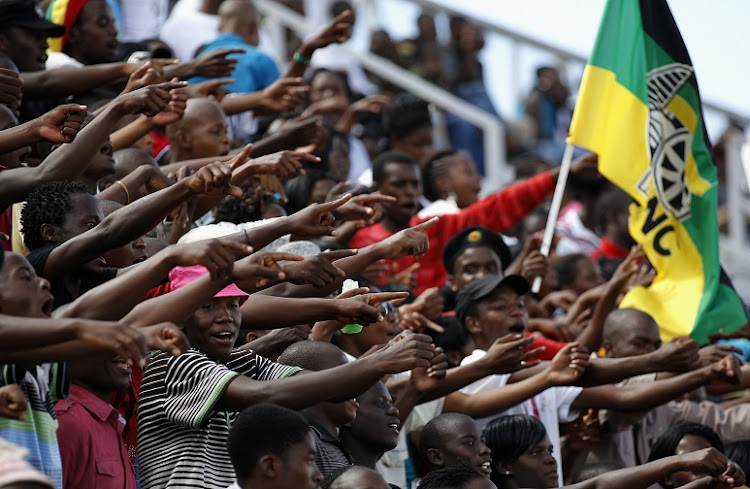 A group of concerned young members of the ANC have in the recent past called for the disbandment of the “eldership”, a term which loosely relates to the ANC Youth League National Youth Task Team (NYTT).

As one who forms part of this concerned grouping, it is our view that the affairs of young people belong to the youth and that the current situation we find ourselves in is an accident of history, one which ought to be corrected with urgency.

This collective has identified itself as the ANCYL Crisis Committee. The characterisation is precisely because we are responding to the crisis that has befallen the ANCYL, and by extension, the youth of SA.

To clear some housekeeping issues:

The ANC national youth task team has announced its intention to convene a national conference of the ANC Youth League - just a day after it was ...
Politics
1 year ago

A Youth League in Crisis

It is an unfortunate occurrence that the ANCYL seems to have, over the years, become an inactive lapdog of certain leaders depending on the political dynamics of a particular area. To new members of the movement, it might seem that the Youth League is a mob of young people available for rent when leader X wants to contest a position within the ANC.

It also appears that despite campaigning for deployment of current or former members, the ANCYL has very limited political and organisational programmes.

The constitutionality of the structures of the Youth League is also in question. At the helm is a structure called the National Youth Task Team. It is apparently a task team of the ANC NEC that oversees the affairs of the youth in the same manner a parent watches the movements of a naughty toddler around hazardous household objects.

This structure is supposedly to build the league on behalf of the youth and hand it over to young people. This implies that in the collective wisdom of the National Executive Committee (NEC) of the ANC, young people are not capable of building their own organisation. It is of no use mentioning that the ANC NEC passed a motion of no confidence in its own youth.

Young people are beginning to see the ANCYL as a social club of lazy young people who only seek profit, self-esteem, self-enrichment and self-glorification in their name.

All provincial structures have served beyond their term of office and most are led by men and women above the age of 35. Constitutionally, most of this congress of men and women do not qualify to utter a single word in the name of the ANCYL.

The organisation itself has limited presence on the ground. Apart from “Hands-Off” campaigns and fighting for deployments, the youth of the country cannot even identify the Youth League; let alone identify with it.

Young people are beginning to see the ANCYL as a social club of lazy young people who only seek profit, self-esteem, self-enrichment and self-glorification in their name. Bit by bit, they are distancing themselves from the Youth League and by consequence, the ANC.

The Youth Must Be Unbanned

The ANCYL was formed in 1944 by a radical and militant generation of young people who argued that the liberation movement needed to pursue more radical action in the battle for freedom. From formation, the ANCYL set itself an unending goal of championing the interests of young people and rallying them behind the banner of the ANC. This is called the Twin Task of the ANCYL in the Congress lingo.

The formation of the ANCYL set the course for freedom on a different trajectory. This generation initiated and led various campaigns that were to be imprinted in the history of our country as turning points. Together they were determined to defy all force. “Freedom or Death!” the generation of Mandela, Tambo, Sisulu, Mda proclaimed. Their determination inspired generations of youth to come who have been the bloodline of revolutionary activity.

Post the 1991 unbanning of the ANC and all political parties, the ANCYL was reorganised by and through the very young people who participated in various youth congresses organised by the South African Youth Congress. The ANCYL re-emphasised its autonomy. The youth resolved that the ANCYL must remain an autonomous body within the integrated whole called the ANC. We all know that the situation is currently opposite.

Since democratisation, the ANCYL advocated for various campaigns including - empowerment campaigns, health and welfare, education and so on. The ANCYL was now determined to build a society it envisaged. Constraints were bound to be there, given the social structure of the country. The economy at all its commanding heights was still in the hands of few white males, Africans and Blacks in general lived in squalid conditions.

In 2008, the Youth League adopted a radical programme of “Economic Freedom in our Lifetime” after its much publicised conference in Mangaung (later reconstituted in Johannesburg). In one voice the youth agreed to fight for a more radical economic transformation to ensure that the wealth of the country was shared among all who live in it.

That sentiment was echoed by the 2011 Gallagher conference. We all know what happened to that generation of the youth league.

Since then, the ANCYL has become a structure only proud of its name, logo and history. It has nothing to show for the youth. The attempt to include the fight for internal party deployments as genuine struggle for youth is a lame joke inducing no laughter. When more than half of young people are out of both school and work, why would sane people leading a revolutionary structure make deployment their exclusive programme?

In their defence, members of the National Youth Task Team argue that the youth opposing their structure are not from branches and therefore have no right to comment on the affairs of the Youth League. This is a very laughable and stupid allegation. How do you say you know that all people opposed to you are not members? Secondly, the task team has never clarified the question of its total membership and structures.

The fact that remains is this: young people are calling for their organisation. They are once more declaring that there is no honour in repression. We are faced with only two options: to fight or submit. We have chosen to fight.

We call on all young people who are concerned by the state of the youth in the ANC to join our national day of action on Friday November 6 as we march to Luthuli House to demand that the ANC returns the ANCYL to its rightful owners – the youth!