This quack diet is a waste of money and potentially harmful: Doctors 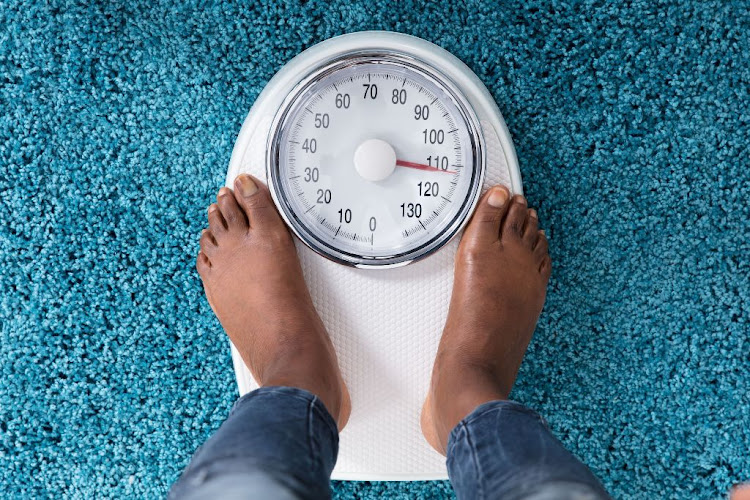 Doctors urge consumers to take responsibility for their own health and understand what they are putting in your body. File image
Image: 123RF / Andreypopov

Obesity is a global problem. Unfortunately, SA has not been spared this scourge, and according to the national department of health, about 30% of SA men and a whopping 68% of SA women are overweight. Apart from all the complex causes of obesity, the problem is compounded by the fact that we do not have effective treatments for obesity.

Even drugs that have been approved to treat obesity are only modestly effective, with average weight loss of only 3—5kg, and they often have horrible side effects. This creates a perfect storm: many people desperate for a solution to their weight struggles, and many willing to exploit this desperation through quackery. One such “treatment” that is being advertised by weight-loss clinics and spas is hCG (human chorionic gonadotrophin, also known as the “pregnancy hormone”).

The idea of hCG as a weight-loss treatment originated from the work of Dr Albert Simeons, first described in the medical journal Lancet in 1954, and later in his book Pounds and Inches published in the same year. He recommended daily low-dose hCG injections in combination with a very low calorie diet (VLCD) as a cure for obesity.

Today, the “hCG diet”, also called the Simeons method or the lipolytic/fat-burning diet, is still being marketed as a route to fantastic weight loss. Advertisements include the promise of extreme weight loss (sometimes up to 1kg a day!), body reshaping to specifically burn “abnormal fat” such as the tummy roll, appetite suppression and a general feeling of wellbeing and self-confidence. The hCG diet is also endorsed by celebrity doctors.

Companies market a medical weight loss programme that includes a VLCD diet plan, supplements, medical supervision and personal support, along with vaguely labelled “injections” that upon closer enquiry turn out to be hCG injections. On other sites, one can buy hCG injections and drops, apparently without prescription, along with instructions for the VLCD diet. Products containing hCG can also be ordered on general online shopping platforms.

In one particularly egregious example, a qualified medical doctor with “aesthetic” medical practices in Johannesburg advertises the Simeons protocol and homeopathic hCG products which, by the definition of how homeopathic products are prepared, cannot contain any active hCG. They also have numerous false claims on their website, including that hCG “is present in every human tissue, including males and non-pregnant women as well as pregnant women”.

This is simply not true.

The hCG hormone is only produced by cells of a growing embryo during pregnancy, or by hCG-producing tumours, and therefore we do not normally have hCG in our bodies.

It is important to remember that hCG, like all other hormones, has considerable impact on how our bodies function. In women, hCG injections can stimulate ovulation and they form a routine part of fertility treatments. The hormone is also the culprit behind “morning sickness” during pregnancy.

In men, hCG injections stimulate the production of the male sex hormone testosterone, and as a result, the World Anti-Doping Agency (WADA) has listed hCG as a banned substance in male athletes. Even more worrying, hCG variants present in crude hCG preparations can fuel the growth and spread of cancers.

Sorry to ruin your guarana trip, but there are no natural fat burners

Here’s the scoop: supplements are not miracle pills that can replace a healthy diet and exercise plan
Lifestyle
1 year ago

Apart from these potentially harmful effects, it has also been conclusively shown that the Simeons method does not work.

Numerous controlled trials, including one conducted in SA, have shown that hCG is not more effective at bringing about weight loss than dietary restriction alone. A 1995 study, which combined the results of dozens of earlier trials, concluded that “there is no scientific evidence that hCG is effective in the treatment of obesity; it does not bring about weight loss of fat-redistribution, nor does it reduce hunger or induce a feeling of wellbeing”.

It is also noteworthy that the American Food and Drug Administration (FDA) as recently as July this year published a consumer update emphasising that hCG is not approved for weight loss and that there is no evidence that it can contribute in any way to weight loss. They also warn that the VLCD prescribed alongside hCG may result in gallstones, electrolyte imbalance and disturbances in heart rhythm.

“Alternative” formulations of hCG are an even greater waste of money.

hCG is a protein hormone which, when taken orally as drops or pellets, will not survive stomach acids and will simply be digested like a tiny piece of meat. Also, since it is a hormone, products advertised as “hormone-free hCG” can by definition not contain any active hCG, and botanical concoctions that are advertised as having the same effects as hCG simply have no basis in scientific evidence.

Broadcasters may no longer air advertisements from the company which owns what it claims to be “South Africa’s number one slimming brand”, Herbex, ...
News
1 year ago

According to the SA Health Products Regulatory Authority (SAHPRA, formerly the Medicines Control Council), therapy-grade hCG preparations are schedule 4 drugs, and therefore require a prescription from an authorised medical professional. It is therefore illegal to sell or buy hCG products online without a prescription. Some companies do state on their website that hCG injections should only be administered under the supervision of a medical doctor, but that still does not change the fact that these injections do not work for weight loss. Therefore, at best, hCG products for weight loss (if they even contain any hCG) will be a waste of money, and at worst, it could have life-changing consequences. Either way, it is simply not worth it.

And here is something else to think about: the scientific studies and trials mentioned here are all listed on the prestigious Medline database of the US National Institutes of Health. This database is the gold standard for all published biomedical research, and the abstracts (comprehensive summaries) of these studies are openly available online. In addition, the other sources that we mentioned here, such as WADA, the FDA and even Wikipedia, are just a Google search away.

Therefore, qualified and licensed medical practitioners seriously ought to know better than to prescribe unsupported and non-approved treatments for weight loss, and they also cannot claim that they were not aware of the facts around the hCG diet. But while these unscrupulous doctors will continue to try to peddle their snake oil, it is up to you as the consumer to take responsibility for your own health and understand what you are putting in your body.

*Drs Hanél Sadie-Van Gijsen and Liske Kotze-Hörstmann are affiliated with the Centre for Cardio-metabolic Research in Africa (CARMA) at Stellenbosch University.

Will a cabbage soup diet really make me lose weight?

Promises of radical, unbelievable results are just that: lies meant to exploit the desperate among us.
Lifestyle
1 year ago

"Last year I went through the most via my body," Ms Cosmo shared.
TshisaLIVE
1 year ago