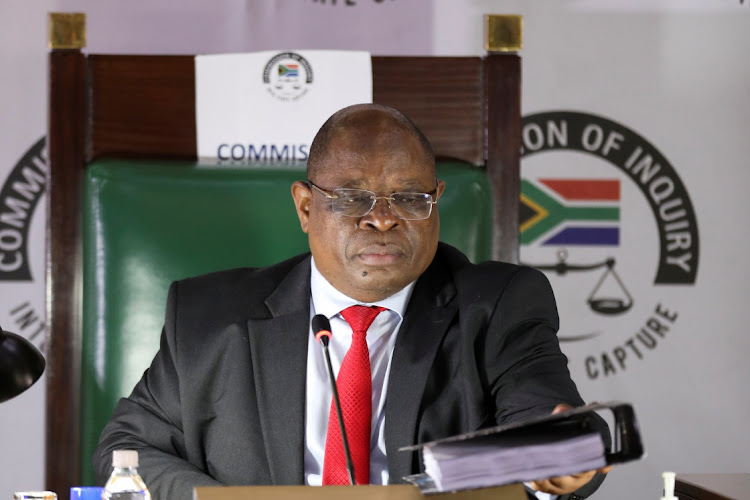 Deputy chief justice Raymond Zondo has once again checkmated sectors of society seeking to discredit the work of the state capture commission.

This Zondo did on Wednesday by announcing that President Cyril Ramaphosa will be subjected to accountability for four days next month.

The confirmation of the dates of the president's testimony came amid mounting social media pressure since January suggesting that Zondo was protecting Ramaphosa.

Among those who voiced their criticism was vocal advocate Vuyani Ngalwana SC, who tweeted on January 20: “It MUST be said, & I shall say it. I find it curious that state capture commission effectively goes into a short recess in the middle of evidence (FACTS) damning of a President who has, until now, been seen as a corruption-buster. I don't buy the Covid stuff. Why not go virtual? Mnxm.”

“What happened to the evidence & submission of Brian Molefe because the commission was interrupted due to Zondo’s health scare? It’s becoming evident that this fishing expedition is just looking for a one-sided narrative of the Cabal & Rogue Unit. Unacceptable! Let Brian finish,” Shivambu tweeted a week later in response to an announcement by the Zondo commission on the appearance of former minister Sydney Mufumadi.

The intention, it appears, was to build a narrative that Molefe’s interrupted testimony on January 15 due to a Covid-19 scare was in fact due to him having “implicated” Ramaphosa.

This also fed into former president Jacob Zuma’s persistent claim that Zondo is “hunting” him while protecting other politicians — mainly those belonging to the “New Dawn” faction of the governing party, led by Ramaphosa.

At the time, and now despite evidence to the contrary, this is the dominant narrative on Twitter, largely fuelled by prominent figures associated with the ANC’s “Radical Economic Transformation (RET)” faction and EFF leaders opposed to Ramaphosa’s anti-corruption political posture.

Theirs is a dominant voice on the social media platform, thus their political statements are mostly amplified by the multitudes of their unsuspecting followers and supporters.

The suggestion that Molefe’s evidence was adjourned prematurely in January to “protect Ramaphosa” was resuscitated in February when the commission invited Molefe to appear in March to also testify on Transnet.

The faceless RET Twitter bots went into a frenzy, with claims that Molefe’s Eskom testimony had been “abandoned” to cushion Ramaphosa.

Such claims were proven to be fake when Molefe was given two days to complete his Eskom testimony on March 2.

The hysteria about his evidence being “swept under the carpet” — Molefe’s own assertion — evaporated into thin air.

The anti-Zondo brigade regrouped to launch a fresh offensive, one which suggested that the commission was going to fold without calling Ramaphosa to appear. This despite Zondo having announced in December 2020 already that Ramaphosa will appear before the commission finishes its work.

This Monday, Zondo checkmated doubting Thomases when he set down four days for Ramaphosa’s appearance in late April.

“I have previously said President Cyril Ramaphosa will appear before the commission and that he had indicated that he would be ready to come and testify and be questioned about any matters that are being investigated by the commission once I have determined the dates,” said Zondo.

“I have now determined the dates when he will appear and I deem it appropriate that I make this announcement publicly. I have determined four days, the dates are April 22 and 23; and April 28 and 29.”

Zondo said Ramaphosa would be questioned in relation to matters pertaining to when he was deputy president of the ANC and the country under Zuma. He will also testify in his capacity as sitting head of state.

But some, such as Ngalwana, are still not pleased.

“If, after this announcement, you still believe this commission will make Ramaphosa account for his conduct in relation to Eskom et al and the serious allegations against him in that regard, then you have extraordinarily high tolerance levels for BS,” he complained, again to his Twitter followers.

Zondo has continued to enjoy the last laugh on accusations that he is favouring and protecting Ramaphosa’s political allies.

This, too, proved to be unfounded Twitter propaganda when Gordhan was grilled at length by Moyane’s legal counsel Adv Dali Mpofu on November 30 and again on Tuesday this week.

History also shows that the October 2018 resignation of ex-finance minister and a political ally of the president, Nhlanhla Nene, was due to his Gupta links laid bare at the Zondo commission.

Advocate Dali Mpofu’s outburst at the state capture commission of inquiry has seen him topping the trending list on social media.
Politics
1 year ago

Civil rights group AfriForum has filed an application to the state capture commission to cross-examine President Cyril Ramaphosa on the ANC's cadre ...
Politics
1 year ago

Former Eskom head of legal and compliance, Suzanne Daniels, faced questioning on why she was surprised that acting CEO Matshela Koko wanted Eskom to ...
Politics
1 year ago