YOUTH SPEAK | ‘University is different. They do not give you everything’ 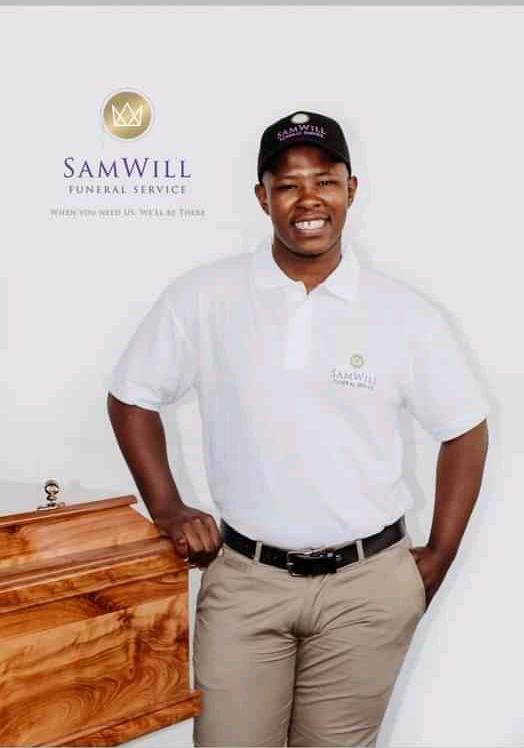 Ntsika Dantile, who says he's had to learn to work hard during his first year at university.
Image: Supplied

Editor’s note: This essay is part of a June 16 series published on TimesLIVE on Youth Day. The Sunday Times last year published extracts from the book Learning under Lockdown, compiled by professor Jonathan Jansen and Emily O’Ryan to celebrate Youth Day. Fast-forward to 2021: some stories reveal further heartbreak while others have happier endings. The series of essays published today on TimesLIVE looks at where these children are now, a year later.

2021: First year out of school, studying BComm at the University of the Western Cape (UWC)

My name is Ntsika Dantile and I am doing my first year BComm accounting at UWC. I got a bachelor’s pass in matric. It was a difficult year. A few universities rejected me because of my marks, but I managed to get a place at UWC.

Learning online has been difficult because we have online classes but I do not have a laptop, and getting data is also a struggle. I learnt to not make excuses and work hard. I go to the library every day and spend the entire day there. It’s a 4km walk from home.

University is different. They do not give you everything. You have to do your own research.

The biggest challenge was when I did not do well in my September matric exams last year. Everyone around me was expecting me to do well. After I got my results, I beat myself up for not getting a single distinction.

It has been difficult to get finance to buy textbooks. It’s also been tough at home because my mom’s business selling milk is not doing well because of Covid-19. I had to humble myself and look for a job. I got a job at a mortuary from January until March, which meant I was able to pay last year’s school fees and put food on the table.

I am the first one at home to go to university. Obtaining a bachelor’s pass was a dream come true for me because of the circumstances under which I was studying. At some point my parents could not pay my school fees and I had to find ways to pay the fees myself.

Staying positive is what has kept me going. I also motivate other pupils from similar backgrounds.

When I do motivational talks at schools, I realise the children are not only suffering academically but are also facing other challenges at home. Some don’t have birth certificates and do not see the point of working hard at school because they do not see a future.

I am doing very well now. I got distinctions in the tests I have written so far

I was recently accepted by the Beast Foundation to join their ruby team. I called the institution to ask if I could apply to be part of the foundation and I was told I could.

Because of the workload I had to stop working at the mortuary. I stopped at the end of March.

When I was working, I saved up to R8,000. I did not spend a cent f on myself. I could not buy sneakers. I put the money aside to help my mom around the house.

I am doing very well now. I got distinctions in the tests I have written so far.

I would like to tell this year’s matriculants to focus on their dreams and goals, and work hard.

2020: In grade 12 at Eben Donges High School in Kraaifontein

I was speaking to my mentor. We were chatting about a very intriguing topic. I have grown up in a poor family. I blamed myself a lot and my family because I would go to school and see pupils with everything. They were buying smartphones like they were chewing gum. I was feeling sorry for myself.

I think I realised we were poor when my mother and father separated. Before that I think we could afford a few things, like buying phones and going out on the weekend. My father was a manger in a company and my mother was a housewife who ran a store as a business.

Life was good, but good turned into heartbreak after the separation of my parents. They separated after my grandmother passed away. The day of my grandmother’s funeral I could see my mother was not herself. As a child in a black family it is difficult to ask your parents about certain things because they will tell you are still too young to understand. Maybe I was young, but I could feel it.

At the age of 11 I had to stand up and be the man of the house. The day after the funeral we had to leave our home. It was just my sister, brother, mother and me. My father said I must take care of them. I didn’t understand at the time. After that I didn’t see my father for two years. My mother moved us to the Eastern Cape and I went to school there with my sister and brother. Schools in the Eastern Cape are not in good condition. My mother could hardly support us and she wanted nothing to do my with my father. If he sent money she sent it back. He was in Cape Town, where I was born and lived until my grandmother passed away.

Nothing is stopping me from getting what's mine, writes Etaine Wilson, who didn't pass matric in 2020 but is determined to continue her studies next ...
News
1 month ago

After two years in the Eastern Cape we moved back to Cape Town. My mother could not afford a house so we moved in with another family who were related to my mother. We were living with seven people in a one-room house (with a toilet). It was hard when we had to sleep because all the boys had to sleep on the floor while our mothers slept in the bed. On school days we had to wake up at 4am because it took time to get five children ready. My mother and her cousin were single parents and they never let us go to bed without eating.

My mother still doesn't want anything to do with my father but she allows us to visit him once a month for the weekend. My mother is a good businesswoman - she doesn’t have a choice because we need to eat. Jobs in Cape Town are hard to find with no form of education. She sells chicken feet and on a normal day can make R50. During the weekend she would make close to R200 per day. It’s not a lot but we can sleep with a full stomach.

When the lockdown started in SA, everything stopped for my family. We did not know how we were going to survive. I am in grade 12 at Eben Donges High in Kraaifontein. I do English, Afrikaans, mathematics, physical science, accounting, business studies and LO. I do not have internet at home and my mother cannot afford it. She finished grade 12 but can’t help me with my school work. I told myself  I was going to learn because grade 12 is important. I started reading and looking at my textbooks. My teacher would teach us on WhatsApp, which was not effective and the teachers only taught us for two weeks and stopped because 90% of pupils were not participating and they said we can’t waste their time.

YOUTH SPEAK | University is a lonely haul at times, but I'm proud to be making progress on my own terms

It’s different now that I'm living on my own, writes Nomathamsanqa Tamara Khwaza, currently studying at the University of the Western Cape.
News
1 month ago

I managed to learn every day even though the government only provides promises rather than progress. It is hard to get data, laptops and good internet but I do not cry. I use what I have because if I don’t study my family will be poor forever.

Covid-19 is going to destroy us and is already killing us. I feel worried about the school work although I know it is impossible to provide data and laptops for all the pupils in SA. I have good people who help me with my school work and I have supportive teachers.

I fear the poor will always be poor and the rich will always be rich. The only thing that keeps me going during this lockdown is to believe in myself and try my best in everything I do. I don’t want to have regrets in my life.

I will continue working even if the education system is not fair. This is a crisis and you expect people to be equal. I know it is not easy for everyone but school is supposed to be a safe place for everyone. This was a hard experience for me and I hate being poor. I feel like people who afford things can learn and keep enriching their education.

Covid-19 changed who I am and what I was born to do in this world. I think the class of 2020 must keep fighting, and they must know  life is worth living. When you don't know if you will eat when you wake up then you will know how I feel.

The government expects us to learn at home but we don’t have the space to learn. Before the lockdown I would work in the library when school ended until late because I knew if I went home there are things in my community I shouldn’t see or get involved in. Staying in the library helped me study and finish my school work.

With Covid-19 I think its going to be hard to go to the library. I will find new ways to keep learning because education is the only way to get my family out of poverty.

YOUTH SPEAK | ‘It can be hard to understand our role, especially on a day like Youth Day’

"White people have had the floor for centuries, always being the ones who dictated history."
Ideas
1 month ago

My matric year was really tough but it was an interesting journey, writes Thobeka Mkonza from Bergville in KZN, who is now studying physiotherapy at ...
News
1 month ago

YOUTH SPEAK | ‘Growing up as young black man in post-apartheid SA, I find myself living as a hybrid being’

"Although integration between white communities and black communities is taking place daily, the effects of the segregation that preceded it are very ...
Ideas
1 month ago