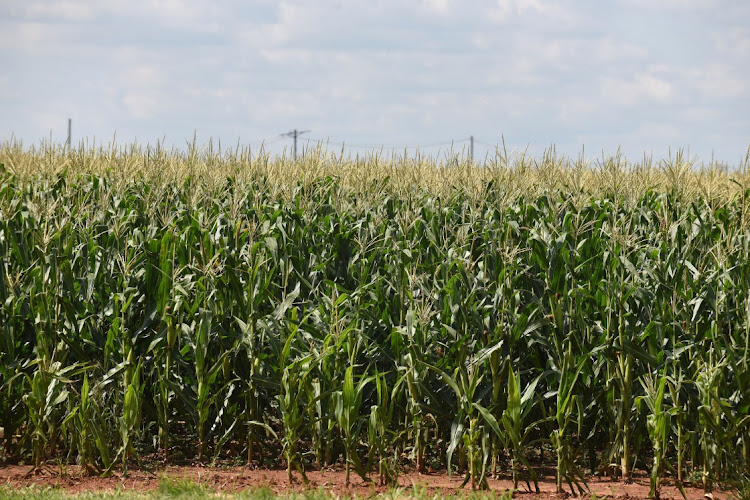 When South Africa’s President Cyril Ramaphosa addressed the nation on July 12 amid violence and destruction of property in parts of KwaZulu-Natal and Gauteng provinces, he warned of several risks if the situation was not resolved swiftly. One of them was food security.

A lot has been written about the acts of criminality and the disregard for the rule of law that’s swept parts of the country. Attention has also been given to the underlying factors that make the South African society so fragile. These include rising unemployment, inequality, corruption and poor service delivery.

In light of the ongoing state of turbulence it’s important to take a closer look at food security issues.

South Africa is generally a secure food country at a national level. On top of this it is a net exporter of agricultural and processed food products. Last year agricultural exports reached the second-highest level on record of $10.2bn (R149.4bn) after a favourable production season.

But food security is about more than just having sufficient supplies. It also requires food accessibility, affordability, nutrition and stability over time.

This is where the challenge lies.

As the city runs out of food, I join my fellow citizens in a desperate search for the essentials we once took for granted
Opinion & Analysis
11 months ago

Continued disruption will affect supplies given the specifics of SA’s food supply chains. KwaZulu-Natal, the epicentre of rioting and looting, is a major producer of various agricultural products such as sugar, milk and poultry products. The province also serves as an entry for imported food products, including wheat, rice, poultry products, and palm oils. Gauteng, the other province seriously affected, is one of the major food processing hubs.

However, SA’s food supply chains are not concentrated in one particular province. The biggest risk in the short term is the free movement of goods, including food and agricultural produce on the roads, specifically to and from Durban port, the entry and exit point for agricultural imports and exports.

The other risk relates to increased income poverty because of the destruction of businesses.

In the same year as record production figures, the country experienced an increase in hunger, as identified in the National Income Dynamics Study – Coronavirus Rapid Mobile Survey (NIDS-CRAM). But this wasn’t necessarily an issue of food shortage or a rapid increase in food prices. It was mostly because people were out of work and had reduced means to buy food.

In 2021, SA again enjoyed another season of an abundant harvest after favourable summer rainfalls. This means there are unlikely to be food shortages this year, but rather ample supplies for local consumption and export markets. This will be true for major grains, fruits, meat and various products.

Still, this doesn’t mean everyone in the country is food secure. Or that prices won’t rise rapidly.

Residents in parts of Soweto and Kagiso on the West Rand have reported there is no bread at shops still able to trade.
News
11 months ago

The expectation is that consumer food price inflation could in fact soften in the second half of 2021.

Therefore, Ramaphosa’s emphasis on the risks to food security in his address on July 12 was primarily focused on KwaZulu-Natal. The main challenge is a disruption due to the looting spree, forcing companies to avoid volatile areas so as not to expose their property and employees to danger. It is far from clear how long the unrest in KwaZulu-Natal will last.

Menacingly, no-one can tell with certainty if waves of protest will not spill over to other provinces in ways that disrupt business and supply chains and affect livelihoods. If the wave of violent protests continues unabated, it could pose a risk to food security, with the poorest people most affected as their employment and livelihoods will suffer. Small businesses, in particular, might be forced to close given the scale of the continuing violence.

But South Africans in other parts of the country that have not seen outbreaks of looting and violence should not panic about possible food shortages.

KwaZulu-Natal has been the most affected by the violence. But the province isn’t the epicentre of agriculture in the country. It isn’t an anchor to the South African food system. Provinces in central South Africa – the Free State, Gauteng, Mpumalanga, North West and Limpopo – hold far more key positions. This is because of their abundant agricultural production and food processing capacity.

Maize meal and wheat flour – both staple to most South African diets – are primarily produced in the Free State, Mpumalanga, North West and the Western Cape. These provinces account for more than 60% of production of each of these grains, and process over 50% of them.

If the violent looting and destruction seen in KwaZulu-Natal and Gauteng in recent days doesn't swiftly come to an end, food and medicine shortages ...
Politics
11 months ago

There is no risk of food shortage currently from other anchor provinces. But the risk comes when there is no fuel for transport within the country, given the force majeure that the refinery in Durban has declared. It is SA’s largest refinery, accounting for 35% of the country’s refining capacity.

I highlight this because a large share of South Africa’s food is transported by road.

In the case of trade, the current disruptions weigh even more heavily on businesses and farmers in agriculture. On average, 75% of the country’s grains are transported by road annually. These are largely exported through the Durban harbour. The same is true for imported food products such as rice, wheat and palm oil, among other products. The volumes are also large for horticulture, specifically citrus, a leading exportable agricultural product in South Africa.

The burning of trucks on the roads and the blocked routes to the ports will prove costly to businesses and harm SA’s reputation as a global supplier in various value chains. This will also negatively affect the province’s food supply chains.

This needs urgent intervention, especially as agricultural products are perishable and the country is entering an export period for citrus in a year of a record harvest.

As South African authorities grapple with achieving stability, there needs to be a deeper introspection about ensuring that the country creates an environment conducive for businesses to thrive. And that it addresses the social ills that underlie instability and disregard for the rule of law.

In the near term, South Africans should not panic about the food system. But authorities will need to act swiftly and assertively to restore stability.

The running total of the protest-related damage to SA cane growers stands at 353,000 tonnes of sugar cane lost to arson.
News
11 months ago

SA farmers have been hit by days of unrest and looting as trucks carrying produce are prevented from delivering to markets and threatening food ...
News
11 months ago

Few stores are operating, with some closed by police and others setting up WhatsApp groups for collections
News
11 months ago

Agri SA has called on President Cyril Ramaphosa to declare a national state of emergency to bring an end to scenes of unrest playing out in parts of ...
News
11 months ago